I Am Kin To Harper Lee 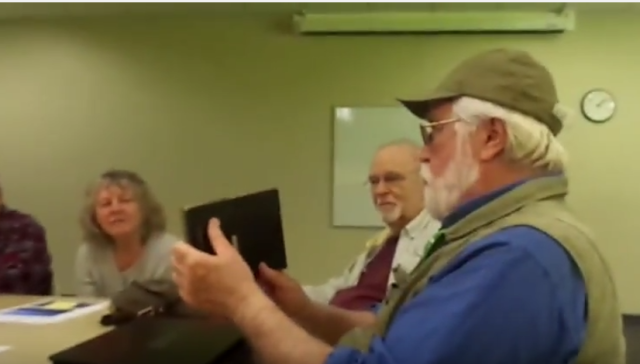 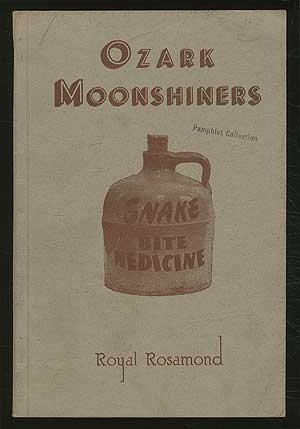 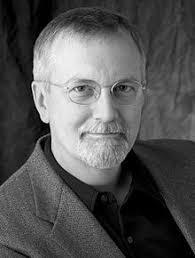 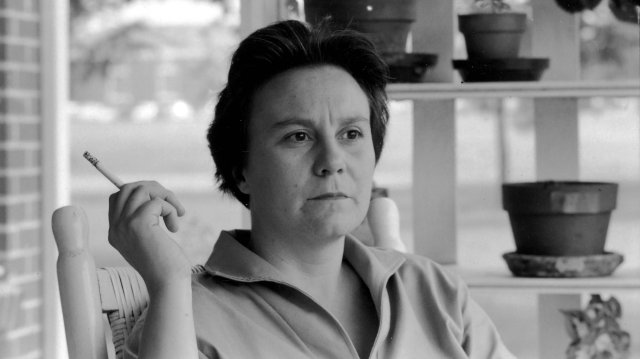 I started working on my newspaper around twelve hours ago. Thinking I was done, I had a hunch and googled Harper Lee, wondering if we were kin. BINGO!

I am exhausted and will delve into this tomorrow.

Let me begin by saying I have not ingested drugs or alcohol in thirty-three years, nor do I promote taking drugs. I am a historian of people that have, and still do, take drugs. I am also a historian of people who practice racism, and bid others to do the same. I say this, because the conversation about Harper Lee’s hidden book ‘Go Set A Watchman’ – is like a bad acid trip for the fans of ‘To Kill A Mocking Bird’ – and for Charles Shields. Let’s not leave out the Publishing Kingdom that I titled ‘The Bio Clinic’ in several PROPHETIC videos I made after Shield’s CENSORED me on facebook.

Can you dig it?

Today, Charles reminds me of a Catholic Apologist for the Literary Inquisition that exist in order to WEED OUT undesirable elements that threaten the Status Quo. Charles is an EXORIST dealing with Rosemary’s Baby, that was born unto the Bio Clinic Vortex by Atticus – the racist! Shields uses the words “cosmic design” to explain this literary anomaly. This is how I explained the meeting of Luci Joyce and Antonin Artaud on the dance floor of the Fillmore – in the future, This is a crystal ball of what was coming – in a cosmic kind of way! The Theatre of Cruelty and The Absurd, has come to Bozeman, the publishing headquarters of the New York, the Los Angeles Times, and….

God have mercy on our soul! Heads – should roll! This is the Literary Titanic!

In the three videos I made six years ago, I tear into Shields and accuse him of creating Cultural Warfare. I declare  the book that should be written is;

As Cosmic Fate would have it, this talk about Watchman – is a novel! I wish Capote were alive and reading this blog. Pynchon, time to speak out! That Harper and I are kin to Christopher Lee who played Saruman, and is also kin to Ian Flemming, puts her in the New Fellowship that gathers in my Rosy Family Tree. Charlie hovers around the idea of Post Mortem Atonement, but, when it comes to family and forgiveness…..

“Blood is thicker than water!”

On his homepage, Shields announces his name appears 300 times in conversations with Watchman. I will make BLM aware of this. My kin’s name was taken off a building at Oregon State. I will make Ed Ray aware of Harper Lee’s kinship with Senator Thomas Hart Benton. Perhaps Ray should remover Lee’s books from the library.

You fucked with a real Wizard, Mr. Shields. I am a authentic human being. Harper and I are also kin to Elizabeth Rosemond Taylor, who is portrayed on a road trip with Michael Jackson. Is this the worse movie ever made? Will Watchman be a move – someday?

I am inspired to write another Netlix series….Future Travels With Charlie’.

Harper, Capote, Vonnegut, John Steinbeck, and Charles go on a road trip to rediscover the pertinence of America. The Dead Misfits are driving a blue Nash Rambler. Shields is doing most of the driving after he was transformed into a standard poodle by a Wizard. Charles is a Pooka. There is a sign on the side of the car named Rocinante, for the edification of the Highway Patrol.

“My name is Charlie. I am a real Pooka. I own a literary license to do what I damn well please! I and my four friends have escaped from a Booby-hatch!”

And what does this mean? How many people under thirty have read any history? They know a ‘Explain-Away’ when they see one. How many literary swells have used this Bunny Rabbit Escape Claus?

“It’s important to remember that this book is set in the mid-1950s — in the wake of the Supreme Court decision in Brown v. Board of Education that ruled segregation of public schools was unconstitutional.”

In the first video I mention the movie ‘The Lawnmower Man’ whom I compare to Donald Trump soon after he was elected. I was able to begin to cure myself of my “you know?” habit after seeing this video and pointing it out.

What Shield’s avoids is the sad truth Mockingbird is not a honest portrayal of the South and……Real People….that it was famous for. This moves my grandfather’s books to the top of this Folk Theme – especially since he did not become FAMOUS. Fame is not a Stamp of Authenticity. The Rosamond Family were, and are…The Real McCoys. I got the forward to my Blog Book. I’m going to start sending the whole damn thing out to some Publishers.

A Pooka is a shapeshifter and can take any form it chooses. Usually, it is seen in the form of a horse, dog, rabbit, goat, goblin, or even an old man. Traditionally a Pooka is seen as a dark, sleek horse with a long wild flowing mane and luminescent golden eyes.

An important thing to always remember about a Pooka is that they have the power of human speech and when inclined make great sport of those they talk to as they like to embellish the truth.

In Ireland, the Púca seems to be the most feared Faerie possibly because it appears only at night and enjoys creating havoc and mischief. We feel this is doing the Pooka an injustice because there are no recorded incidences of a Pooka actually causing a human any harm. 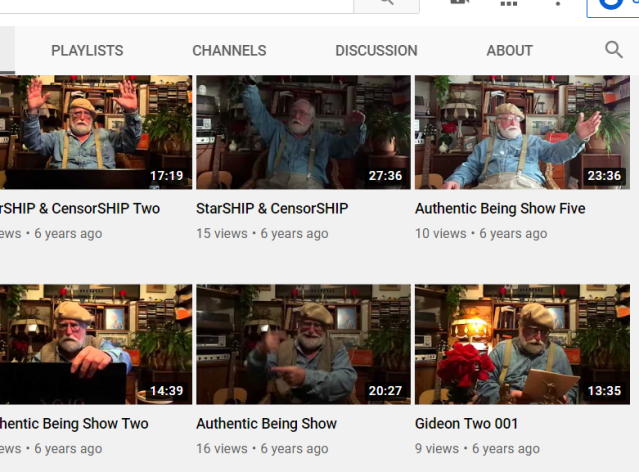 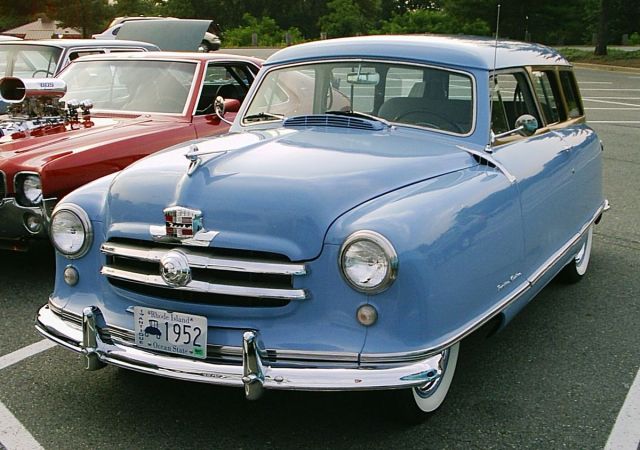 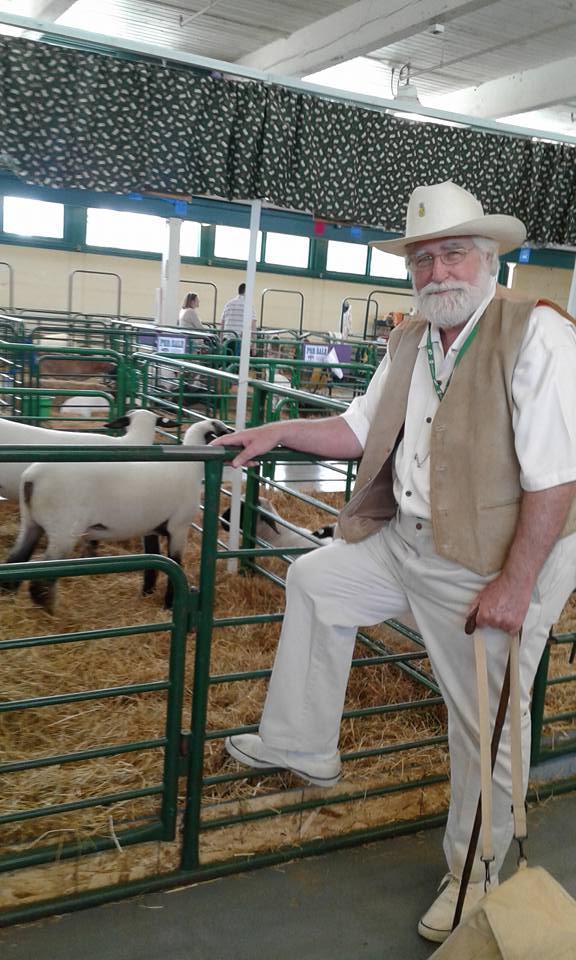 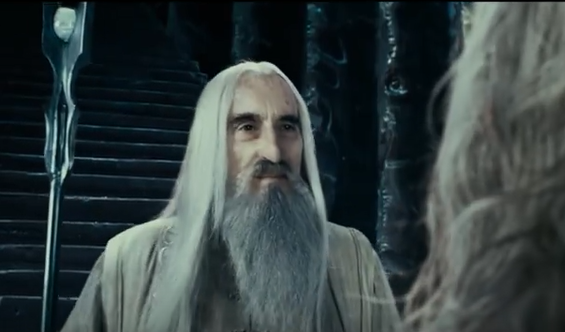 The announcement of the publication of Harper Lee’s second novel in 2015, Go Set Watchman set off a flurry of excitement and interest unparalleled in recent publishing history. Interviews with Shields or references to his biography appeared in 300 newspapers and magazines worldwide, including the Wall Street Journal, Esquire, Slate, the New Republic, the New Yorker, the Huffington Post, the Los Angeles Times, the New York Post, the Daily Beast, the Dallas Morning News, the New York Times, the Independent, US News & World Report, the Denver Post, and the Boston Globe. He was interviewed 38 times on radio and television by, among many others, the Diane Rehm Show, NPR, Al Jezeera, C-Span, CNN with Jake Tapper, MSNBC, the BBC, and KCRW-Los Angeles.

It’s important to remember that this book is set in the mid-1950s — in the wake of the Supreme Court decision in Brown v. Board of Education that ruled segregation of public schools was unconstitutional. Jean Louise has been living in New York, and quietly assumed that her family back home is just as anti-segregationist as she is. Instead, she discovers that Atticus and her love interest, Henry Clinton, are both leading figures in Maycomb’s Citizens’ Council — local groups that sprang up to defend segregation. They’re hostile (if not downright paranoid) toward the Supreme Court and the NAACP, which they worry are trying to incite the local black population. And Atticus, for his part, genuinely believes that African Americans are mentally childlike and unable to lead themselves or society. (Many reviews of Go Set a Watchman have made a big deal out of the revelation late in the book that at one point in the past Atticus had attended a Klan meeting, but that’s eventually explained away. Atticus is portrayed as a virulent racist, but not as a Klan member in any meaningful way.)

He says the racism expressed by Atticus Finch gives the events of “To Kill a Mockingbird” added depth.

“He’s a man with prejudices … but he’s deeply conflicted about the treatment of black people, as all people of conscience would be. How he reconciles that, I don’t know. But that’s part of the dichotomy of racism.”

Here’s the thing, and it is not a small thing: Harper Lee was a smart, funny, happy woman. She used to like to play golf, spend time with friends in Monroeville, entertain visitors in New York City. To her friends and family, she was always Nelle.

She was not the first famous Lee from the South, of course, and it is fascinating that she was in fact related to Robert E. Lee. Harper Lee was born on April 28, 1926, in Monroeville, Alabama, to Amasa Coleman Lee and Frances Cunningham Finch Lee. Her father, a lawyer and the model for Atticus Finch in the novel, had been born in Butler Country in 1880 and after he married Frances, the couple moved to Monroeville in 1912. There he was a supremely respected man and, in fact, served in the Alabama state legislature for a dozen years, from 1927 to 1939. As said earlier, he once defended two black men accused of killing a white storekeeper; both men were eventually convicted and hanged. Clearly this family remembrance made an impression on young Nelle.

Greg Presco: Finding herself stuck between two droll and dusty bookends, two avant guard writers who expect at least one avant absurd poem from her, Lucia finds her breakout moment when she meets Antonin Artaud at the Moulin Rouge. Back at his garret they do mescaline together, in the form of Peyote buds Antonin has brought back from his trip to the States where he witnessed the Ghost Dance. Teaching her some of the moves, Lucia goes into a trance and into the future. In her vision quest she finds herself on the dance floor of the Filmore West gyrating to the Grateful Dead. The first Dead Head is born!

Originally published in France under the title ‘Les Tarahumaras’ (1947), ‘The Peyote Dance’ by Antonin Artaud describes the author’s experiences with Peyote and the Tarahumara in Mexico, in 1936. Written over twelve years and covering Artaud’s stay at a psychiatric hospital in Rodez, the book is an important work of drug literature, so far as it provides an intriguing discourse on a possible essential value in psychedelic drugs.

rtaud’s assertion is so explicit that it can be taken as a veritable declaration of principles, especially when one considers the fact that his text “On the Balinese Theater” was, of all the articles collected in The Theater and Its Double, the first to be written. The last to be written, on the other hand, was the emblematically titled “Oriental and Western Theater,” written in December 1936, shortly before Artaud’s departure for Mexico. All the other texts in The Theater and Its Double fall in between, from “Metaphysics and the Mise-en-Scène” (December 1931) and “The Alchemical Theater” (September 1932) to “The Theater of Cruelty (First Manifesto)” (October 1932) and “Theater and the Plague” (April 1933).

1 Response to I Am Kin To Harper Lee