Most of the evangelical voters are down South, in the Red States. I am calling for the resignation of the President of the United States for the good of our UNITED Nation! 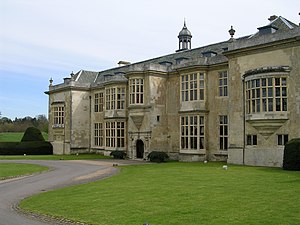 In 1827, Dr John Lee, an astronomer, inherited the house from the unmarried Revd Sir George Lee. During his ownership, the British Meteorological Society, now the Royal Meteorological Society, was founded in the library in 1850. Revd Nicholas Lee inherited the house when his brother, Dr John, died on 25 February 1866 at Hartwell. William Henry Smyth describes the house and the Hartwell Observatory established there, in Ædes Hartwellianæ: Or, Notices of the Manor and Mansion of Hartwell (1851).

Hartwell’s Egyptian Spring is a folly built in 1850 by Joseph Bonomi the Younger, an Egyptologist. It is an alcove seat on the western side of Lower Hartwell opposite a small spring. The stone pylon bears the Greek inscription “ΑΡΙΣΤοΝ ΜΕΝ ΥΔΩΡ”, translated as “Water is Best”,[2] attributed to Thales.

In September 2008 the National Trust acquired a long lease of the house from the Ernest Cook Trust (until 2111).[3] The gift had been under discussion for almost 30 years and in 1997 the National Trust accepted restrictive covenants over all three properties. The house and grounds were gifted the Trust by the directors of Historic House Hotels (HHH).[4] The house continues its present use as a hotel under the existing HHH management. Three National Trust directors joined the HHH board and all profits will go to Trust funds to provide for the long-term care of the three houses.