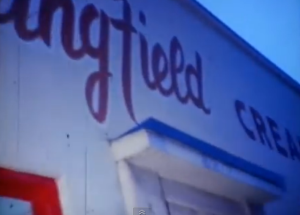 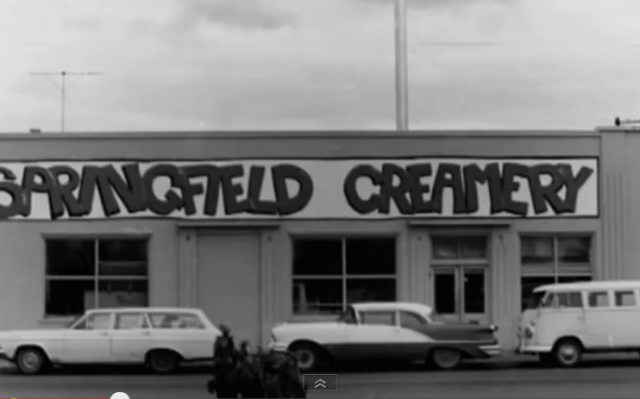 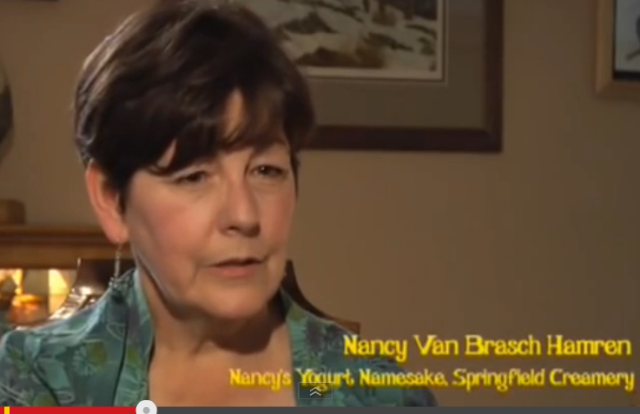 Here is the story of  Nan Yogurtmundi who was worshipped by the Grateful Dead and the Kesey Family. Swami Yogurtmundi was the first girl I ever kissed. We were twelve and living in Oakland.

The Hog Rainbow Farm showed up at the Sunshine Dream concert. If this how Erin Sullivan came to paint the rainbow in the Creamery mural? Dudes delivering Crumb comics in San Francisco would come up and get a shit-load of Yogurtmundi take back to SF and sell it to Organic Food Stores. This is key because we see the first appearance of The Wholey Trinity of Alternative Capitalism….The Farm…..The Product…….The Arts! Now add the Sunshine Dream Grateful Dead Concert – and a scorching hot day – and we have a True transcendence that left Woodstock in its wake. No one thought to bring water. The main concern was to get some mind-altering LSD in ones system – and reach Nirvana!  Emerald Valley Nudity was born out of necessity.

With the coming of the hateful Trumpite Shout-downs, it is time to rekindle The Generation of Love.  “Get out!’ has replaced the ‘Human Be-in’ that Nan Yogurtmundi and I attended at the Polo Grounds in 1966. Let us put tiny cymbals on our fingers and imitate the naked Sadgurus.

I have come to Change The Name. We buried Hippie in 1966 and renamed him Freebie. That did not take. I told Belle of Rosamond, which is a spiritual movement in Russia. I hereby give us the name ROSMIRANS. ‘Wondrous Rose of Peace from the Sea’. And, why we are at it, let us change the name of Springfield to – Nancyland? How about Creamville  Nancy and I have roots in San Francisco and Oakland. 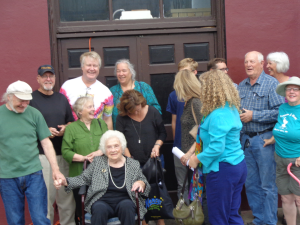 Sunshine Daydream is a music documentary film starring the rock band the Grateful Dead. It was shot at their August 27, 1972 concert at the Old Renaissance Faire Grounds in Veneta, Oregon.[1][2] Unreleased for many years, the movie was sometimes shown at small film festivals, and bootleg recordings of it circulated on VHS and DVD, and as digital downloads. A digitally remastered and reedited official version of the film was released on August 1, 2013, showing only one time in selected theaters.[3][4][5][6] It was screened with Grateful Days, a new documentary short that includes interviews with some of the concert attendees. Sunshine Daydream was released on DVD and Blu-ray on September 17, 2013.

Sunshine Daydream is also a live album containing the complete August 27, 1972 Grateful Dead concert. Produced as a 3–disc CD and as a 4-disc LP, it was released by Rhino Records on September 17, 2013.[7]

The name Sunshine Daydream is taken from the coda section of the Dead song “Sugar Magnolia“.

The show was a benefit for the Springfield Creamery in nearby Springfield, Oregon.[9] Merry Pranksters Ken Kesey and Ken Babbs emceed the concert. The Dead played all afternoon and into the dark after an opening set by the New Riders of the Purple Sage. In 2004, the New Riders’ performance was released as an album called Veneta, Oregon, 8/27/72. 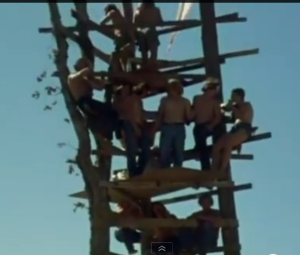 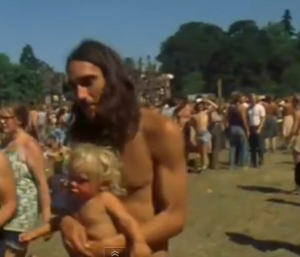 Springfield Creamery got its start in 1960, when Chuck and Sue Kesey graduated from college and returned home to Springfield, Oregon. Chuck, brother of author Ken Kesey (“One Flew Over the Cuckoo’s Nest”) and Sue, with support from Chuck’s father Fred Kesey (manager of Eugene Farmers Creamery in Eugene) supplied gallon glass returnable jugs of milk to other creameries. They also supplied the Springfield schools with milk each school day.

By 1969, things had changed. Chuck’s father had recently passed away, the dairy industry was in transition and the sixties natural foods movement was in full bloom. “We needed something to niche us, so we could remain independent, to create a brand of our own,” says Sue Kesey. “We knew that if we were going to survive, we were going to have to do something that was different from everyone else. We had to find something unique.”

What they found, in 1970, was yogurt. Nancy Hamren had moved to Oregon from San Francisco and was working at the creamery as a bookkeeper. Nancy had a strong dedication to doing things the natural way, and a love for yogurt that she’d inherited from her natural foods pioneering grandmother.

Chuck and Nancy started experimenting with making yogurt with acidophilus cultures. They sold it in glass canning jars and five-gallon buckets at Willamette People’s Coop and Porters Fine Foods in Eugene, Ore. and became the first creamery in the U.S. to sell acidophilus cultured yogurt. “We never used sugar,” says Nancy. “We cooked our own fruit and added vanilla and honey.”

One day the manager from Willamette People’s Coop called and said ‘give me some more of that Nancy’s Yogurt.’ Sue says, “We thought, well, that sounds better than ‘Chuck’s Yogurt.'” The Nancy’s brand was born.

Nancy’s Yogurt expanded to the Bay Area thanks to two young entrepreneurs — a University of Oregon graduate named Gilbert Rosborne and his partner, music legend Huey Lewis. “They had an underground comic book route, delivering the Fabulous Furry Brothers and R. Crumb comics to natural food stores in San Francisco,” says Nancy. “Once a week, they rented a U-haul and packed it up with ice and Nancy’s Yogurt and drove it down to the Bay Area. Somehow, people there connected Nancy’s Yogurt with Chuck’s brother, Ken Kesey. It took off.”

But 1972 was a hard year financially. In an imaginative move, Chuck Kesey went down to Marin County and talked the Grateful Dead into coming up to Eugene and doing a benefit concert for the creamery. It was an epic event. More than 20,000 people attended. The tickets were printed on Nancy’s Yogurt labels, and a movie was made of the concert entitled ‘Sunshine Daydream.’ Grateful Dead Concerts became a tradition after that, with 10 more concerts in the following years. “It always seemed like we had more awareness after those concerts,” Nancy says. “Not that we ever put up banners saying ‘brought to you by Nancy’s Yogurt,’ but concertgoers knew we were part of these events and we were part of this alternative culture that was music, natural foods and natural living.”

And in time they reached out to the mainstream markets. “We had a lot of conversations with our smaller natural food customers in the late 70’s, not wanting us to sell to mass market stores,” says Sue. “But our mission has always been to get the best food at the best price to the most people. When the Safeways and Fred Meyers of the world came knocking on our door and said we’d really like to stock your product, it completely blew us away. It was one of the first natural food breakthroughs into mainstream markets, and it’s been a wonderful relationship now for nearly 25 years.”[[1]]