Two days ago I got a call from someone who knew Nancy when she lived on Belvedere near Haight St. We talked about other mutual friends.

In 1959, I met Nancy at McCheznie Junior High in Oakland. We were twelve. At thirteen, with the encouragement of our friend, Bill Arnold, we kissed. It was my first kiss. With her back to the wall of the boy’s bedroom on San Sebastian, and while Bill turned his head, we pressed out lips together. Bill and Nancy became lovers when they were thirteen, thus, this may constitute the idea of Free Love that us Atlanteans made famous five years later.

Above is a photograph of Nancy’s house on Stowe Avenue. It is the one on the left that had an edition built on the front porch. Next door lived the Souza family. Sherry Souza was nicknamed, Angel. She dressed like a Beat (leotards and black barret) and took dance and ballet lessons in San Francisco. At thirteen she knew the Beats that hung in the Gaslight Bookstore. She was very exotic and mysterious. She too was Bill’s Lover who lost his virginity to his French maid when he was eleven while living in a Chateau with his military father who was stationed in France.

I am not sure if Bill encouraged Angel to take away my virginity, but she made an offer to do me this big favor. At fourteen I went into the backyard at Stowe where she would let me in, but, her boyfriend, Tony Costa showed up. I listened to them argue for almost an hour, and went home. I had save Angel after we got drunk, and our friends Bob Pratt and Greg King piled on top of her on my bother’s bed. When Angel cried for help, I threw my school chums off of her, and kept them at bay.

Bill and considered ourselves Beats. We were the school artists. Bill did this watercolor of San Francisco and put all our names on the billboards. We had our coffee shop where we went to philosophise. We smoked our pipes there. We went to art movies at the Parkway Theatre. On our way to Nancy’s with a bunch of candle we found, Bill suggested we light them and put them in a circle in the middle of the road, and, we sit around them. We forced the traffic to go around us. This was a preview of things to come.

Stowe Avenue was a Teen Scene, with Bod Boys and their hotrods. If there had not been a hippie/Atlantean cultural revolution, then Stowe was the Acme of western blue color culture. Rebel enclaves were found all of the San Francisco Bay Area. There were gangs at High School called the Esquires and Cavaliers. Sometimes they got drunk and fought one another. Sometimes the gang-raped a female annetiate into the female branch of their club. This was the Hoodlum Empire. Some of our friends would grow up to ride with the Hell’s Angels.

Bill and I emulated Jack Kerouac and John Steinbeck. We camped on Mount Tamalpias. When we were fifteen we hitchhiked to Nevada to camp.  We did everything, but drugs. Nancy was at the core of the Teen Crime Scene. When she moved to Belvedere in the Height she was looking for The Hood of Hoods  Then, she moved to Pine and Broderick Street with her friend, Carrol. Bob Pratt told me where she lived, and I went to visit her with my fiend Keith Purvis, who had lived with me in the Village in 1964.

When Bill was killed by a train that year, Christine and I went to Oakland for the funeral. Keith got us stoned for the first time. He had fallen in love with my sister a year earlier. He knew she was in love with Bill, as was Nancy. Keith became Nancy’s lover and we moved into Pine street when I and Carrol became a pair. Later, Christine, Keith, Nancy, Carrol, the Zorthian Sisters, and myself, lived together in the ‘Idle Hands’.

Going forward without Bill, was not easy. His death marked the end of a magical scene – without equal! At nineteen we were brave survivors, mature beyond our years, looking for the meaning of life.  Our Beat Hero Hoodlum was moved aside by a whole generation of  Brave Seekers. Us hippies, and our drug-taking, is blamed for the Youth Rebellion. But it was going full steam in Junior High.

“We will never pass this way again.”

Humanity has done two things right, that I am aware of……The price of the Staten Island Ferry, and the timed lights on Pine street. Crossing the Bay Bridge at night on the way to Nancy’s was the most magical moments of my life. The freeway took your right onto Pine street. If you made the first light, you could go all the way. You could get up that long hill. Once past Gough, you were home free.

Shortly after high school, in 1966, Nancy moved to Haight Ashbury in San Francisco to attend college. “It was a wonderful, exciting time,” she says. “The civil rights movement and Vietnam protests, and free speech movements were happening, and a big part of this consciousness-raising was a discussion of natural foods.”

By 1969 she was living in Mill Valley with her sweetheart Gordon Adams. Gordon was a friend of Ken Kesey, counterculture leader and author of One Flew Over the Cuckoo’s Nest. Ken owned a farm outside of Eugene, Ore., where many of his band of Merry Pranksters occasionally stayed. He asked Gordon and Nancy to come to Oregon to help take care of the farm while he was in London recording stories with the Beatles.

Post Woodstock, when Ken Kesey decided to close his farm to guests, Nancy needed a new home and a new job. “I heard Ken’s brother, Chuck, had a little creamery in Springfield, Ore., and was looking for a bookkeeper,” she says. At the creamery, Nancy soon found herself sharing her knowledge of making yogurt. “It was a time when we all were focused on taking our destiny into our own hands; the Whole Earth Catalogue was our beacon.” she says. “We shared all kinds of things: how to build a cabin; how to make your own bread; how to get rid of ants the natural way. In San Francisco, I had had access to lots of good yogurts,” she says. “But in Oregon, the majority of commercial yogurt was the over-sweetened variety.” 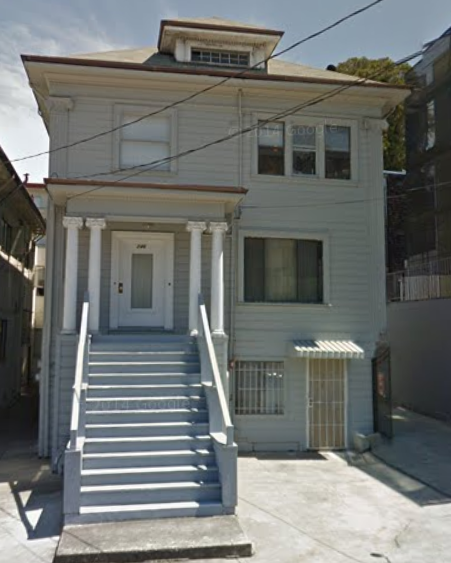 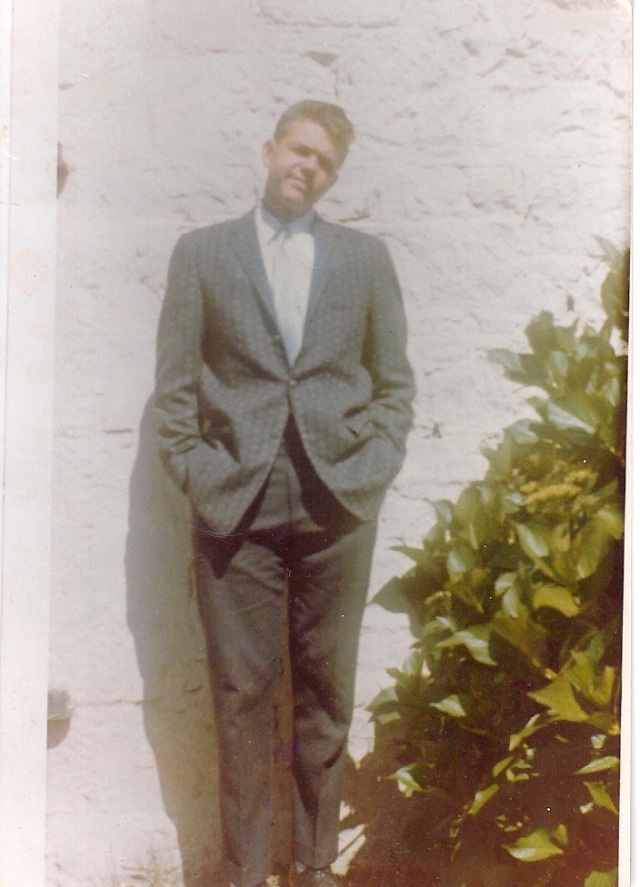 I wrote a poem for Carol Schurter titled `The Fawn’. I do not recall the words,
but the theme. Carol was extremely delicate. She was six-foot one inch tall and
as thin as a fashion model. She had curly bond hair that poured down from her
head on to her long frame. She had a very full lips, and when she spoke she had to get her words past these lips that made her look and sound
very sexy.

We used to party with two members of the Jefferson Airplane who made love to
their two Swedish Airline Stewardess who rented an apartment down the hall. They
made this their home base, they wanting to be part of the greatest party ever
thrown. They were in town for a day or two, and were gone. We used to trade
drugs. Nancy dated Augustus Owsley after Keith, and thus we had the best.

I took my first acid trip on Pine street. I don’t think it was very potent. I
ended up in front of the mirror for hours weighing an apple and a shotgun shell.
I am a Libra. I had on the flight jacket Bill’s lover gave me after he died, and
had on aviation goggles with hat, a symbol of the Jefferson Airplane. Our
friends were getting drafted, and thus there was a real decision to be made,
whether or not to run to Canada, or serve. I was weighing some heavy shit in
that mirror. I was very young and handsome.

No matter what trouble I found in my mind, when I went to bed, Carol would be
there waiting for me. We were extremely loyal to each other

In 1984 I made a trip to Eugene Oregon and stopped in to see me childhood friend Nancy Hamren at the Springfield Creamery owned by the Kesey family. Nancy had been a Merry Prankster, a hippie clown, a Fool lead by a Fool. After reminiscing about our hipped days, she suggested I write a history of the hippies because I recalled so
much. A year later I began my first, and un-finished novel `The
Gideon Computer’. Instead of looking backwards at the hippie
movement, that was all but dead, I looked into the future and
conjured up Berkley Bill Bolagard, the Last Hippie who had become a
fool after losing the Love of his life, Monica Gideon, who married
his arch rival, Thomas Gideon. Thomas was a pioneer in the field of
computers, but, rather than seeing it as a tool to benefit mankind,
he used it to enslave the imperfect human beings. He spliced together
all those snippets of guilt and shame that went un-noticed.