I have received NO GUESSES as to what Jesus meant when he said “It is done!”

Christian Republicans are going to VOTE RED – no matter what! Why? For years MY GUESS has been, their ministers told them that Jesus chose the Republican party to complete his great mission, and, no matter what, they are to keep VOTING RED. I suspect they are told that Satan will tempt them to VOTE BLUE, but, consider Satan tempting Jesus in the wilderness.

“Jesus died – rather than commit the sin of VOTING BLUE!”

This EVIL DIVIDE – invented by Satan – was created when the Protestant Church was born. The War of the Religions has been resurrected. The First Church was DIVIDED. The True Teaching – GOT LOST! The key that opens the closed door of The Church of The Way – is in the meaning of what Jesus meant. However, I believe the Age of Biblical Scholarship…….IS FINISHED!

“Who are you going to vote for?” Asks a evangelical of another evangelical.

“I heard Bob – is the one! Even though he go caught taking a bribe from Mohammed Bill!”

“You go girl! Jesus is using Evil Mohammed Bob – for a divine reason!”

“There’s no doubt that Jesus knew what His last words needed to be here in this life. He knew the power those final words would have for generations still to come. And He had great purpose in them, which still breathe such life and meaning for our lives today.”

The Power of Jesus’ Last Words: The Meaning Behind ‘It Is Finished’

What Were Jesus’ Last Words?

The Bible says in John 19:30, “When he had received the drink, Jesus said, “It is finished.” With that, he bowed his head and gave up his spirit.”

In Mark 15:37 we read, “With a loud cry, Jesus breathed his last.” According to Bible scholars, this “loud cry” may have been those very last words that John records, “It is finished.”

He spoke it out loud. He declared it for all to hear. He uttered a loud cry to His Father in heaven for the whole world to know, and for every evil force to have to flee, for Christ’s work on the cross was complete.

Last words have power. And often, deep meaning and significance.

And if like me, any of you have ever been at the side of a precious friend or family member who was whispering final words in their last moments here on earth, you know the incredible heart connection they hold for you, personally. We often find ourselves clinging to those words as we think about a loved one who has passed away. We treasure what they said and we remember…

There’s no doubt that Jesus knew what His last words needed to be here in this life. He knew the power those final words would have for generations still to come. And He had great purpose in them, which still breathe such life and meaning for our lives today. 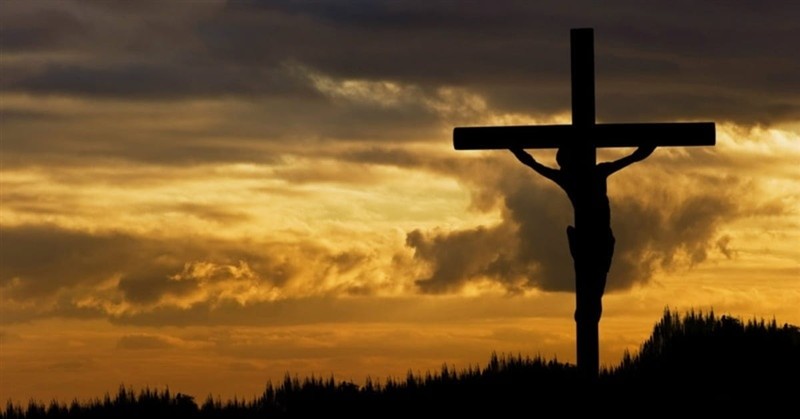 The Spurgeon Study Bible, a CSB translation edited by Alistair Begg, explains, “‘It is finished.’ There is only one Greek word for this utterance of our Lord, although to translate it into English, we have to use three words—an ocean of meaning in a drop of language.”

Jesus became the final and ultimate sacrifice for our sin. The word in this verse, “finished,” is actually from the Greek word, “tetelestai,” which is the same word that means “paid in full.” Often, it was used in an accounting term, which indicates a debt was paid. The uniqueness about the way it was written is that the tense of the word indicates both a point in time it was complete and that it would also continue to be complete or finished. And this is the essence of what Christ came to do. He came to “finish” God’s work of salvation in us. He came to “pay it in full,” the entire penalty, or debt, for our sins. He’s at work in our world still today in powerful ways.

The ESV Study Bible comments, “It is finished proclaims that all the work the Father had sent him to accomplish (cf. 4:34; 9:4) was now completed, particularly his work of bearing the penalty for sins. This means there was no more penalty left to be paid for sins, for all Jesus’ suffering was ‘finished’ (see Heb. 1:3; 9:11-12, 25-28).”

Did Jesus Ever Sin?

The Bible is clear in reminding us that Jesus had no sin. He had lived a perfect life, He was without blemish, and this is the only way He could fulfill the purpose that God has sent Him to do. Though He was tempted in all things, just as we are, He had lived a holy life. (Hebrews 4:15)

There was no other way for the door to be opened for us to have a relationship with God, but by the forgiveness of our own sin, through Christ’s payment on our behalf.