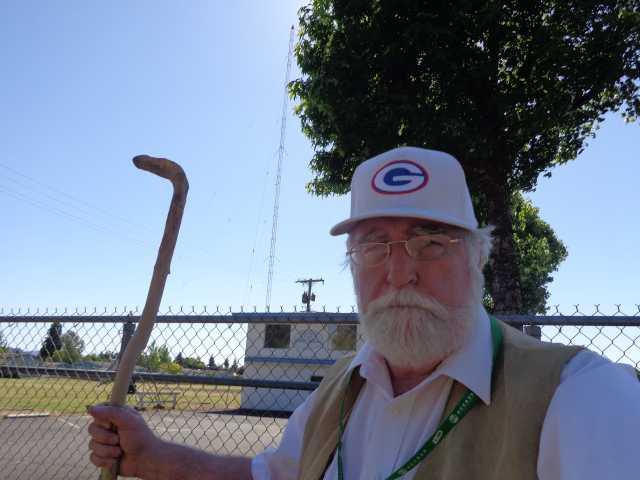 Pope Francis said the President of the United States is no Christian. Franklin Graham declared the Republican Party – founded by my kindred – to be an extension of the Evangelical Heresy. I declare the Protestant religion, dead, including most evangelical churches.

I bid all Knights Templar get behind the Rougemont Templars of the Holy Shroud and protect the Universal Post Office that was founded by members of the House of Saxe Coburg. I have long wondered why Britain did not come to the aid of Hungry, why Empress Zita was not given sanctuary in Britain, and why Austria did not want ‘The Last Audience of the Habsburg’ back. These royal are Catholic. The Empress represented the Holy Roman Empire out of power, out of a home – and dethroned with my blood ties to the House of Schwarzenberg, I declare myself Emperor of the Holy Roman Empire In America because I have found The Historic Jesus and will establish The Franciscan Compromise.

I anoint Harry and Meghan Markle the hereditary head of the Universal Post Office so the can carry on the International Work of Princess Diana ‘The English Rose’.  I am going to suggest a International Network to deal with COVID-19. This Royal Couple may take the name Saxe-Coburg, or Thurin and Taxis. The Puritan connection to Windsor Castle is important.

In regards to the harassment I am suffering at the hands of ignorant cultish women, the Mayor of Springfield did not commission the painting of a giant Jesus on the side of the Odd Fellows Hall, or, a Emerald Witch with cauldron – stirring up trouble.  Ken Kesey and Thomas Pynchon went beyond being Beat Authors. Both men wrote about the use of LSD. Mucho Maas could be Herbert Armstrong whose Radio Church funded Radio London.

Take note of Albert Thomas Sinclair. The Sinclair Clan claimed Mary Magdalene and her daughter by Jesus seeded the Royal Franks that became the Holy Roman Empire. Dan Brown turned this idea into a historic-romance that I tried to apply to Belle Burch via the name Belle Rosamond. Her parents ran a Labyrinth Walk in Eugene where as Santa Claus I attended a OCCUPY meeting. I spoke and bid fellow citizens to take over the Post Office. I wil send a report to Senator Wyden and Peter Defazio who spoke at the post office, with urgency, they trying to make citizens aware of the peril.

I believe this is the post that enraged my neighbors to the point of launching a crusade against me. They could not believe such a illustrious personage, and great Biblical Scholar, could be in their midst. They forgot that their Emperor Jesus made contact with the common Jew and altered the course of their lives.

EXTRA! Around 4:00 P.M. I was rereading my post on the Marin Shipmates when I read about Richard Rosenberg being on the Buck Institute Board of Directors. Again – I have arrived! I must be at the core of the Rose Labyrinth.  Richard was Commodore of the Naval Reserves and head of the Naval Institute. In my last Installment of ‘The Royal Janitor’ I have Victoria and Miriam heading to Carmel to see a man and the Naval Academy. I am John Von John Rosenberg in my Bond book. I am kin to Ian Flaming via my cousin, Elizabeth Rosemond Taylor who converted to Judaism, and was married to the Secretary of the Navy. Richard headed the Naval War College.

Founded in 1873, the U.S. Naval Institute is the independent forum for those who dare to read, think, speak, and write in order to advance the professional, literary, and scientific understanding of sea power and other issues critical to global security. Your membership ensures that the Naval Institute carries on its vital mission as The Independent Forum of the Sea Services—a place where free and independent debate may flourish. 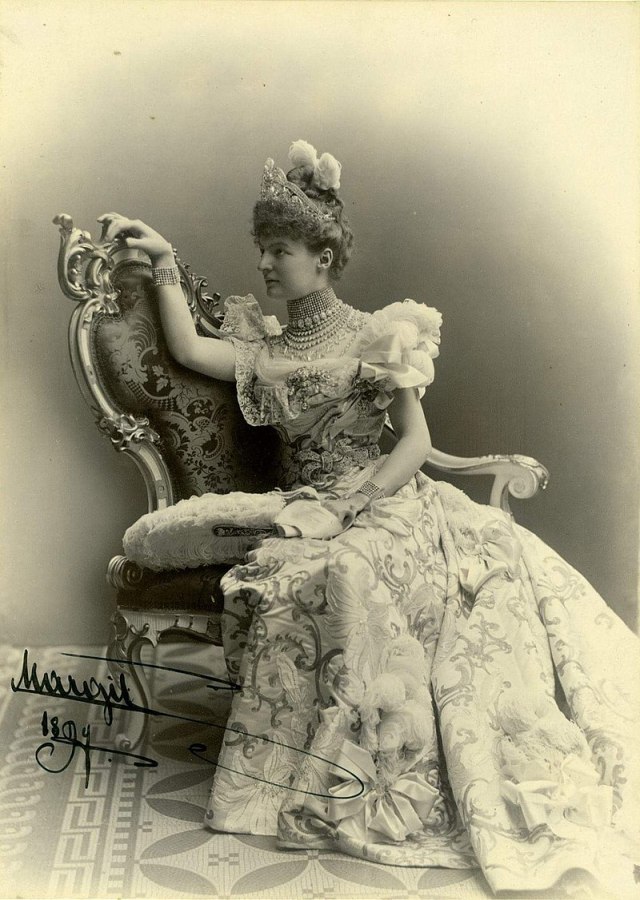 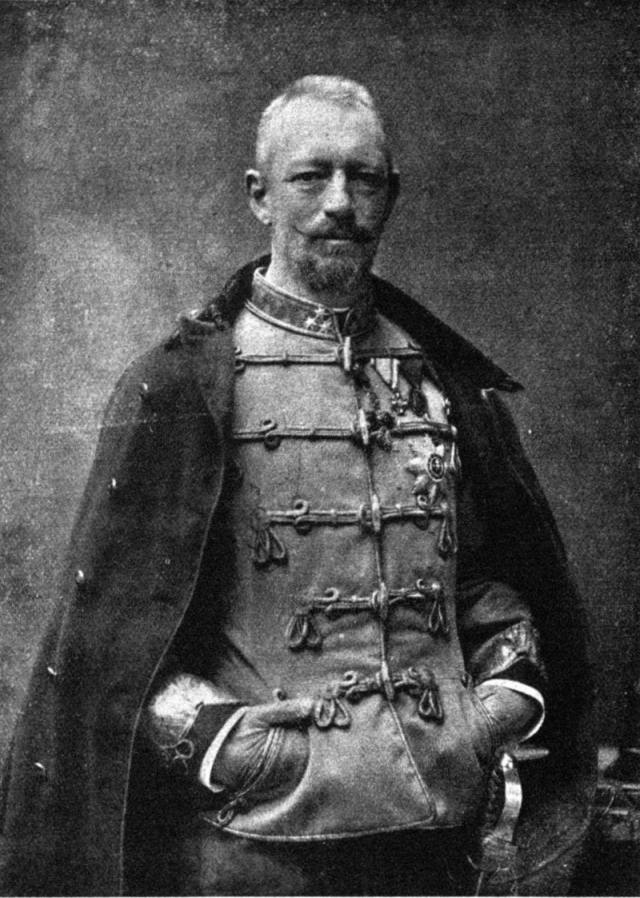 On the day Post Master General Louis DeJoy had a Senate hearing about his controversial policies in the USPS, Sen. Ron Wyden brought his statewide Post Office tour to downtown Eugene.

Joined by Sen. Jeff Merkley, Rep. Peter DeFazio and statewide elected officials and community members, the event stressed the importance of restoring the U.S. Postal Service to protect Americans who rely on prescriptions for their health and vote-by-mail for their civic duty.

After the event, Wyden says if Democrats take over Congress and the White House, they would work to curb ongoing attempts to privatize public services.

“There is no ‘masking’ the message from Oregon: We know Donald Trump wants to squash vote by mail because he’s afraid of democracy,” Wyden said at the event. “And we won’t let him.”

Wyden criticized DeJoy and his statements to the Senate. DeJoy told the Senate that he is not trying to affect how people vote in the election, according to a roundup of the hearing by The Washington Post.

“The facts behind those words are simple: Donald Trump has proved he is not going to stop scheming to advance his personal private interest by plotting to weaken the Postal Service,” Wyden said.

Wearing a USPS facemask, DeFazio referred to DeJoy as the “so-called” Post Master General and that DeJoy is lying about the health of the agency and is making the office slow down.

In the mid-1960s, Oedipa Maas lives a fairly comfortable life in the (fictional) northern Californian village of Kinneret, despite her lackluster marriage with Mucho Maas, a rudderless radio jockey, and her sessions with Dr. Hilarius, an unhinged German psychotherapist who tries to medicate his patients with LSD. One day, Oedipa learns of the death of an ex-lover, Pierce Inverarity, an incredibly wealthy real-estate mogul, who has left her as the executor of his massive estate. Inverarity appears to have owned or financed nearly all the goings-on in San Narciso, a (fictional) southern Californian city near Los Angeles. Oedipa goes to San Narciso to meet Inverarity’s lawyer, a former child actor named Metzger, and they begin an affair, which fascinates a local teenaged rock band, The Paranoids, who begin following them voyeuristically. At a bar, Oedipa notices the graffitied symbol of a muted post horn with the label “W.A.S.T.E.”, and she chats with Mike Fallopian, a right-wing historian and critic of the postal system, who claims to use a secret postal service.

Like many junior members of royal families, Archduke Joseph Karl entered the military. He became a Major General in the Austrian Army in 1860. During the Austro-Prussian War he commanded a Brigade in the North Army and had three horses shot under him at Königgrätz.[1] In 1867, he became Palatine of Hungary after the death of his childless half-brother Stephen, though the post by that time was symbolic only.

The archduke had an interest in Romani language and occasionally wrote on this topic to Albert Thomas Sinclair, an American lawyer who shared this interest. A biography of Sinclair notes that the archduke sent a copy of his work, “a large octavo volume handsomely bound It is a most important and valuable philological work comparing the gypsy words with Sanskrit, Hindustani Persian, etc”.[2]

Jennifer Scheurle, who serves on the board of directors for Riot Kitchen, based in Seattle, said Kenosha police were mistaken when they arrested the volunteers Wednesday for investigation of disorderly conduct.

“We’re not there to stir up anything,” Scheurle said. “We just want to feed people. We support protesters of any kind.”

The nine were released from jail Friday on about $150 bail each, paid with the help of donations, she said.

The Kenosha Police Department said it focused on three vehicles associated with the group after receiving a tip from a citizen “alerting us to several suspicious vehicles with out-of-state plates.”

Officers and U.S. marshals surveilled the black school bus, food truck and minivan and moved in for arrests when the suspects attempted to fill gas cans with fuel at a gas station, the department said.

The driver of the minivan “attempted to drive away,” Kenosha police said, and when officers caught up with it, they “forced entry.” In video posted to social media and shared by Scheurle, police are seen breaking a minivan window after one officer shouts, “Get the [expletive] out.”

Kenosha police are under scrutiny for the potentially debilitating shooting of Jacob Blake, which set off three nights of violent protests, and for allowing a teenager accused of fatally shooting two demonstrators walk away from the scene.

Police Chief Daniel Miskinis said Friday that he could speak only generally about the incident, saying the people in the minivan were uncooperative and emphasizing the vehicles’ out-of-state license plates. He used the term “shields” to describe the masks found by officers.

“Protective gear found in the bus is just that—protection for working in large crowds, masks for COVID protection,” Riot Kitchen said in a statement. “We reject all claims that our crew was there to incite violence.”

Scheurle said the fuel was to be used for generators for cooking, camping and food production. She said the minivan driver was not trying to flee but was exiting the gas station as police arrived. She also doubted that any illegal substances were found and suggested “residual” marijuana could have been present because the drug is legal in Washington.

She was surprised by the fireworks allegation, saying “We’ve never had fireworks anywhere.”

The ACLU of Wisconsin called on Gov. Tony Evers and Attorney General Joshua Kaul on Friday to order an investigation into potential civil rights violations by law enforcement during the week’s protests.

Riot Kitchen was started after the shooting of George Floyd in May as a way to get free hot food to demonstrators, Scheurle said. The bus is used as a camper for volunteers when they’re on the road, she said.

Possessions, including cell phones, taken from volunteers during the arrests had not been returned and the vehicles were still in impound Saturday, she said.