Dead Dance of The Rose Macabre 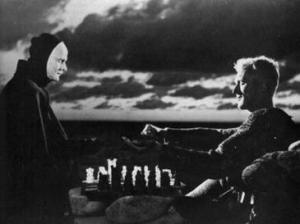 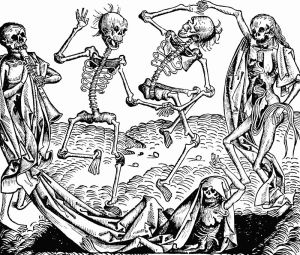 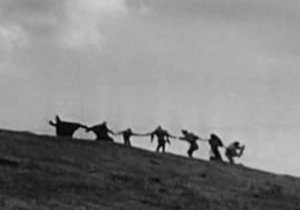 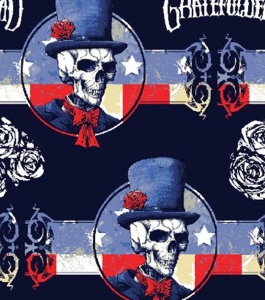 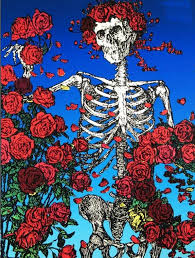 I suspect Bill Graham is responsible for the name ‘Grateful Dead’ because he did not want a group with WAR (Warlocks) in it’s name playing at his Fillmore. Bill was a founder of a Guerilla Theatre in New York, and was the mentor of the SF Mime Troupe. He was looking for a house band, and he pitted the Loading Zone and Dead against each other for that honor – they did not want! The Zone hated Graham, as did other groups. He was a extreme control freak the real Phantom of the Opera. This would be one motive for the Dead not giving Bill credit. At the time the movie ‘The Seventh Seal was very popular. We hippies latched on for foreign art films. At the end we see a traveling troupe accepting the truth they are – The Doomed Dancing Dead! This is why I have Lucia Joyce at the Fillmore. I suspect The Pranksters’ are modeled after this troupe.

Donald Trump is employing his Goon Squad in order to do Gorilla Theatre – that is coming to Oregon. Oakland and Berkeley did not take the bait. Portland and Eugene will provide the Guerilla Squad a stage – as I predicted!  This stage is designed to get voters minds off The New Black Death. Edgar Allan Poe’s The Masque of the Red Death may have been inspired by the Decameron. This possible name source of the Dead puts so many members of The Grateful Generation amongst literary and theatre greats.

I want to thank my friend, Ginger Kuth for making me aware os many things on her facebook that is a New Theatre and Museum.

The deathly horrors of the 14th century such as recurring famines, the Hundred Years’ War in France, and, most of all, the Black Death, were culturally assimilated throughout Europe. The omnipresent possibility of sudden and painful death increased the religious desire for penance, but it also evoked a hysterical desire for amusement while still possible; a last dance as cold comfort. The danse macabre combines both desires: in many ways similar to the mediaeval mystery plays, the dance-with-death allegory was originally a didactic dialogue poem to remind people of the inevitability of death and to advise them strongly to be prepared at all times for death (see memento mori and Ars moriendi).

Fifty years ago this weekend, police prevented the San Francisco Mime Troupe from performing a play in Lafayette Park, arresting the company’s founder as 1,000 people jeered. The dramatic encounter expanded the frontiers of artistic freedom in San Francisco and indirectly launched the career of legendary rock promoter Bill Graham.