If you want to read a great book, read ‘Edith’ who was born into the Bluest Boston Blood, and ends up getting vitamin shots from Doctor Feelgood!

Robert Brevoort Buck is guilty of legal maleficence. He comes from one of America’s foremost literary and historic families – that he knew nothing about! Yet, he launches his law firm against Rosamond’s brother, teacher, family historian, and genealogist.

Andy knew who his muses were. He is the most famous artist to work in New York, that was once known as New Amsterdam. I want to sue Donald Trump for political maleficence, and for destroying the reputation of the Republican Party founded by John and Jessie Benton. I will be looking at the Bi-laws, and the ethical guidelines for a candidate, in hope I can get the greatest fraud to come out of New York – disqualified! 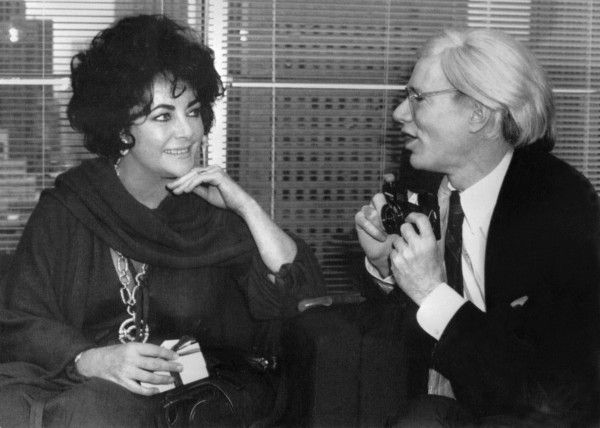 Trump stiffed Andy Warhol who did several famous images of my kin, Elizabeth Rosemond Taylor. We share the same great grandfather, James Rosamond, who was the brother of Captain Samuel Rosamond, the Patriot. Liz would be happy to have known about her all American family who immigrated from Ireland. She did not know her cousin was the famous artist, Christine Rosamond Benton, who married into the Benton family of American artists. This history and genealogy was compiled by Jimmy (James) Rosamond, and myself after Christine and Liz, died.  Jimmy descends from James.

My late father and Trump are like twins. Vic hated art, but became a player and partner of Christine, as did Larry Chazen, a CEO of Noble Oil. Rick Perry is on the board of the pipe company that is fighting the Sioux. Chazen is a partner of the Getty oil family who own one of the largest art collections in the world. Trump owns no original art, and defunded the National Endowment of the Arts. Not since the Medicis and Habsburgs, have we seen such a cluster.

Warhol was fascinated with the rich, powerful, and famous. My family tie to Trump is thru art.  My credibility and stock – is thru the roof, thanks to Trump becoming President. This blog is a historic prophecy, and Bohemian archive. I prepared the way for the coming of Trump – the real Mad Man! If he had not been elected, then my family and ex-friends could go back to ignoring me. This an Cultural Reboot. Protestors are at our airports fighting for deportees and refugees. Christine’s place in the rea art world, has been secured. This is what she wanted. She headed a Women’s Movement in the 70s.

Here is Christine Rosamond’s ‘Denim and Silk’. She looks like Elfin Muse.

Trump and the extreme-right are going to do even more crazy and dangerous things. They are very destructive. Someday, this blog will be the stepping stones for the – return to sanity! It will be a famous art lesson for future generations who are making history in the streets! A new pertinence is being constructed before our eyes!

Trump is the No.1 enemy of art, and just about everything else. If he met Julia Childes, he would scarf down her food at the studio, then barf it out in the parking lot, making sure that was caught on film. In the  world according to Trump, most people are con-artists, fakes, crooked ‘The Enemy’. What he really thinks about evangelicals, is waiting in the wings. Trump is ‘The Lawnmower Man’. For this reason, I and may others, may not have anything to say because he is altering reality at an incredible rate. We find little time to do things that used to amuse us. Why go to a movie, when you got a marathon thriller on T.V. – for free! Trump is a great teacher! All the lessons I have been blogging, now make sense in every blatant action he takes. He is Trump College. Learn how to be a Bohemian by opposing him at every turn. Fight fire, with fire!

“I’ve always felt that a lot of modern art is a con, and that the most successful painters are often better salesmen and promoters than they are artists.”

This is to say, artists are like Trump, rather then like other artists. Trump is the artist’s, artist. There can only be one winner – and one Trump! He is not going to let anyone -play! He owns all the toys. Trump is…….The Supreme Creator! He only pretended he was going to let his daughter in, let her steer the ship of state. Ivanka has a minor collection of New York Artists. I will be contacting her.

Rosamond was more than a Popular Artist. Her images of Beautiful Liberated Women, were Protest Posters that millions of women hung on the walls of their abodes. My heart stood still as I beheld my new muses long eyelashes. Here is Simone Rosamond. She told me she got them from her mother.

The Rose of the World is our Lady Liberty that stands in New York Harbor holding up a light for the whole world to see these words, her words……..The Mother of Exiles!

Not like the brazen giant of Greek fame,
With conquering limbs astride from land to land;
Here at our sea-washed, sunset gates shall stand
A mighty woman with a torch, whose flame
Is the imprisoned lightning, and her name
Mother of Exiles. From her beacon-hand
Glows world-wide welcome; her mild eyes command
The air-bridged harbor that twin cities frame.
“Keep, ancient lands, your storied pomp!” cries she
With silent lips. “Give me your tired, your poor,
Your huddled masses yearning to breathe free,
The wretched refuse of your teeming shore.
Send these, the homeless, tempest-tossed to me,
I lift my lamp beside the golden door!”

Acknowledgments are also due to another member of the Brevoort family, Mrs. Robert Sedgwick, through whom have been secured excerpts from letters written by her grand- mother Margaret, who was the sister of Henry Brevoort and who became the wife of Pro- fessor James Renwick. Margaret Brevoort was a charming correspondent, and the Editor has been glad to utilize in his pages passages from these lively and characteristic letters. The publishers desire also to express their appreciation of Mrs. Sedgwick’s courtesy in PUBLISHERS’ NOTE placing at their service the portrait by Jarvis of Mrs. Renwick, now in the home of her great-granddaughter, Mrs. Sedgwick; and of Mr. Kane’s similar courtesy in regard to the portrait by Rembrandt Peale of Henry Brevoort. These portraits are now for the first time reproduced.

Many personages known to fame are present in the next letter, written June 24**^, 1813, at London, where Brevoort, accompanied by Peter Irving, had arrived a fortnight earlier. Distinguished women figure preponderantly in these pages. Brevoort meets Joanna Bailey and Miss Edgeworth; sees, at Drury Lane Theatre, the great Madame de Stael with her “very reverend black beard and fea- tures that correspond to it”; hears Mrs. Siddons read the whole play of Hamlet; describes Madame D’Arblay whose Evelina, now almost forgotten, vied in popularity with the works of her rival French novelists. His words concerning the sublimity of Mrs. Siddons’ art, when “the theatre echoed with sobs and shrieks and ‘Bravos,'” recall the emotional power of that supreme tragic ac- tress of England ; and this intense scene finds an amusing contrast in the following para-

They were one of the great romances of the 1960s. Pop art’s golden couple, even if silver was their signature color. Romeo and Juliet with kink. Andy Warhol and Edie Sedgwick. The two were opposites. Were, in fact, radically, diametrically, almost violently opposed. So how could the attraction between them have been other than irresistible? She was the beauty to his beast, the princess to his pauper, the exhibitionist to his voyeur. They were also, of course, opposite sexes, which should have made their pairing all the more inevitable, only it did, well, the opposite since he preferred the same. As impediments to heterosexual unions go, homosexual impulse is a biggie. Edie got around it, though, no problem because she intuited that Andy’s gayness was incidental. Fundamental was Andy’s narcissism. No, fundamental was Andy’s frustrated narcissism. He was the boy who didn’t like what he saw when he gazed into the pool, and thus was doomed, in a permanent state of unfulfilled desire. Edie’s method of seduction was to take her shoulder-length dark hair, chop it off, bleach it a metallic shade of blond so that it matched his wig, and dress herself in the striped boatnecked shirts that had become his uniform. In other words, to turn herself into the reflection of his dreams. At long last—oh, rapture! oh, ecstasy!—his self-love was requited.

Until it wasn’t. Andy and Edie’s mutual platinum obsession lasted not quite one calendar year. In 1965 she was his leading lady in 10 movies, give or take. (Andy couldn’t bring himself to be organized enough for a filmography un-rife with holes and question marks.) Their final official movie, Lupe, released more than half a century ago, in 1966, began when Andy offered writer Robert Heide a sole directive: “I want something where Edie commits suicide at the end.” This line, delivered in his usual uninflected, unemphatic tone, is chilling, something that the villain in a Hitchcock thriller, one of those immaculately amoral gentleman-monsters, might have said. Or it would be if there hadn’t been heat beneath the frost, a passion that smoldered before it burned, turned fatal.