‘Till The Stock of Purtians Die’

For several days I have been debating authoring a historic book on my Puritan Ancestors. I posted on Poe, the Wilsons, and Hawthorne. This morning I read an article on the transformation of ‘Fair Harvard’ in order to makes certain peoples feel more included. Harvard was founded by Puritans. I am amazed at how little history this world renowned University compiled on the Puritans. I have asked, why? I have found amazing answers. I believe I was born to own these answers because I am of ‘Puritan Stock’.

The Hart family of Connecticut are of Puritan Stock. They came from Boston with Thomas Hooker. Captain Isaac Hull married into this stock and fought against the Barbary pirates on famous American vessels. There are famous Catholic Universities. Harvard is a Puritan University. The message in their song is meant for the ‘First Fruits’ of which my kin, John Wilson Jr. was one.

Harvard was formed as a perpetuating Corporation that I believe ‘Fair Harvard’ honors, and promotes – forever! Do those who feel left-out of American Corporate History have the right to revise and alter business history? Why not install a Native American as a honorary member of the board of Ford Motors?

“Have you driven a Ford, lately? Have you considered those who have not had the privilege? Maybe you shouldn’t feel so proud. Perhaps you should be very un-happy.”

I am seeking a attorney.

In 1650, at the request of Harvard President Henry Dunster, the Great and General Court of Massachusetts issued the body’s charter, making it now the oldest corporation in the Americas; the subsequent Constitution of the Commonwealth of Massachusetts confirmed that, despite the change in government, the corporation would continue to “have, hold, use, exercise and enjoy” its property and legal privileges[1]. Although the institution it governs has grown into Harvard University (of which Harvard College is one of several components), the corporation’s formal title remains the President and Fellows of Harvard College. 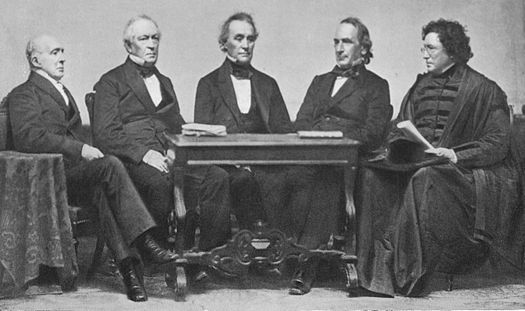 The corporation was probably originally intended to be a body of the school’s resident instructors, similar to the fellows of an Oxbridge college. However, it early fell into the now-familiar American model of a governing board—an outside body whose members are not involved in the institution’s daily life, which meets periodically to consult with the day-to-day head, the president (whom it appoints). The Corporation is self-perpetuating, appointing new members to fill its own vacancies as they arise.