Do you know a self-righteous five hundred pound lardo who waddles around acting like she’s God’s gift to humanity? Do you got a cousin who’s got more lines than Rodney Dangerfield, and slips you twenty Bible verses when you ask him to go to the Rodeo with you? Does your daughter and her holy man holed up in your basement, locking and loading, searching for Doomsday Dates, keep telling you your’re going to be – Left Behind? Does your local politician keep hinting you should go to his church, change your party, and vote for a champion liar and foul-mouth moron?

if evangelicals have taken over your life, and are filling you with their Tribulation End Time Terror, than you need to take my course and learn some easy Anti-Evangelical Talking Points. Within a week, I guarantee you will be RAPTURE RESISTANT. I will give you a call and put you throught THE FINAL TEST. If you pass, I will send you a

This badge is made of Vampire Proof Silver. You can flash it in the face of the  living dead who come knocking on your door, or, wait for you at the bottom of your steps. As an extra added bonus, if you can say the Pledge of Allegiance, then I will send you Dottie and John’s Certified True Patriotic Redneck diploma that will be printed on a yellow scarf (with snake) with these word;

I back up my alumni! I am the only prophet who predicted the Russian Invasion. For the real Truth Seekers, I offer my Fool Proof

When one of your kin starts brainwashing you at dinner time, run your mood ring about a foot in front of their face, if it turns red, you got a Sneaky Putin Snake on your hands. Take a picture of this Snake, and send it to Sneaky Snake Headquarters that I will set up on facebook.

“WARNING! If you see this Sneaky Snake, point them out! Get in their face and expose them to your fellow citizens!”

Three times in my life I faced armed Mafia members. Twice a freed a person they had taken hostage. I saved Dottie from a Warlock in Boston, after I won my case against the brother-in-law of a Mafia chief. Dottie descends from Signer John Witherspoon, and Reformer, John Knox. I descend from John Wilson the famous Puritan. Our people have roots in South Carolina. Our grandfathers were True Patriots who aimed and fired at the British.

When Dottie had an inkling to go join the Lighthouse Ranch Commune, I told her that did not appeal to me. A couple of days later, I came home and found a Dear John letter.

Me and Pattie have runaway to the Lighthouse Ranch. I took Benjamin with me. If you ever want to see him again, then all you got to do, is change your mind, and come join us in Jesusville!

Love Is The Lord

I wish I had kept that letter. Whenever my fake redneck cowboy daughter reaches out to break my heart in front of her fans, I am tempted to write a Country Western song and have a real CW Star sing it.

Dottie broke my heart. We bought our beloved Hound on July Fourth, thus his name…….Benjamin Franklin. We called him, Boo. Dottie is a cousin of Reese Witherspoon.

I Got The Boo Hound Blues

in my front yard

what is that I see?

a hose in the tank

of my old Chevy.

she stole my gas,

and took my dear doggy

Did I just miss her?

Is that her in the distance

or, is that Boo howlen

I cried so hard all night

come the crack of dawn

I went out into my field and shouted

You good dog you!

If your going to Jesusville

I guess I will too!

Don’t let anyone tell you your feelings aren’t real. They don’t speak for the Real Jesus. 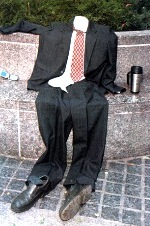 In this brief article, Fr. Anthony expresses with clarity the truth of the false teaching known as the “Rapture” and how much it distorts the teachings of the Lord in the Holy Scriptures.

As I was driving one day I encountered a bumper sticker admonishing me:

“WARNING! In the event of Rapture, this car will be driverless.”

The strange belief in the Rapture teaches that some day (sooner rather than later), without warning, born-again Christians will begin to float up from the freeway, abandoned vehicles careening wildly. There will be airliners in the sky suddenly with no one at the controls! Presumably, God is removing these favored ones from earth to spare them the tribulation of the Anti-Christ which the rest of us will have to endure.

Unfortunately the Rapture has been promoted widely by the Left Behind series of books that have sold over 70 million copies.

The Rapture represents a radical misinterpretation of Scripture. I remember watching “Sixty Minutes”a year ago and was appalled to hear the announcer say that “the Rapture is an unmistakenly Christian doctrine”. It is not!

It is a serious distortion of Scripture.

It is astonishing that a belief so contrary to Scripture and the tradition of the Church could be propagated by so-called “Christians”.

According to the Bible and according to the belief not only of Orthodox Christians but also of the Roman Catholic and most Protestant mainline churches, the true Rapture will not be secret; it will be the great and very visible Second Coming of Jesus at the end of the world. That is the one and only “Rapture”. It will not be a separate, secret event but one that every eye shall see (1 Thess. 4:16-17).

RELATED  Something We All Really Need: A Personal Request

The word rapture is not found in Scripture but hearkens to 1 Thess. 4:17 where St. Paul says that when the Lord comes again

“we who are alive…shall be caught up…in the clouds to meet the Lord in the air.”

This “being caught up…in the clouds”—arpagisometha in Greek, is translated by some as “raptured”. The word itself is not found in Orthodox theology.

The notion of a rapture in which Christ comes unseen to take believers away secretly, and only later comes back again for everyone else publicly—this whole teaching is quite novel. It was almost unheard of until John Nelson Darby formulated it in the 1800s as part of a new approach to the Bible, sometimes called “dispensationalism”.

The purpose of the “Rapture” is to protect the elect from the tribulations of the end times. Yet Jesus said nothing about sparing anyone from tribulation. In fact, He said,

“In the world you have tribulation, but be of good cheer. I have overcome the world.”

Nowhere did Jesus ever say that He would return secretly to rapture the elect. Rather, He promised to be with His elect in all tribulations.

“Lo, I am with you always. I will never leave you or forsake you.”

He even had something good to say about being persecuted:

“Blessed are those who are persecuted for righteousness’ sake, for theirs is the kingdom of heaven” (Matt. 5:10).

Those who espouse the Rapture claim that Matthew 24:40-41 refers clearly to the rapture of the just,

The entire passage, however, refers to Christ’s second coming where He will judge the living and the dead and separate the just from the unjust.

Darby taught as dogma that when the Scriptures reveal that the Lord will reign on earth for a thousand years (Rev. 20:4), this figure is to be taken literally, rather than as a symbol for eternity as we believe. The Council of Ephesus in A.D. 431 condemned as heresy this teaching which is called chialiasmos (millenianism or 1000 years).

In fact, the Seven Ecumenical Councils (325-787 A.D.) in which the essential truths of the Christian faith were defined never mention a rapture. Yet evangelical Christians and Pentecostals keep using obscure passages of the book of Revelation which purport to give a detailed timetable of what will happen at the end of the world, despite the fact that Jesus Himself warned that no man knows either the day or the hour when the Son of Man shall return.

A major problem with the Rapture is that it ends up teaching not two but three comings of Jesus—first His birth in Bethlehem; second, His secret coming to snatch away (rapture) the “born-again”; and third, His coming at the end of the world to judge the living and the dead and to reign in glory. Yet only two not three comings of Christ are mentioned in the Bible. We have the clearest definition of this in the Nicene Creed when we confess that

“the Lord Jesus Christ…will come again in glory to judge the living and the dead. His Kingdom will have no end…. I expect the resurrection of the dead. And the life of the ages to come.”

There is no mention of a “Rapture”.

As already stated, most Christians, Orthodox, Roman Catholics and Protestants do not believe in the Rapture. In fact, one Protestant pastor, John L. Bray, summarized magnificently what we Orthodox and most other Christians believe about the Rapture when he wrote these remarkable words,

Though many believe and teach this “Pre-Tribulation Rapture” theory, they erroneously do so, because neither Jesus, Paul, Peter, John, nor any of the other writers of the Bible taught this. Nor did the early church fathers, nor any others for many hundreds of years…. Did you know that NONE of this was ever taught prior to 1812, and that all forms of Pre-Tribulation Rapture teaching were developed since that date? …. If I were to preach something, or believe something, supposedly from the Bible, but cannot find that ANYONE ELSE before 1812 ever believed it or taught it, I would seriously question that it is based on the Bible.

Thus the Rapture is foreign to the Bible and to the living tradition of the Church. It is what we call a heresy, a false teaching. False teachings, such as this, happen when people—like John Darby—believe that they have the right to interpret the Scriptures individually apart from the Living Body of Christ—the Church—where the Spirit of Truth abides and leads us to all truth.

I can think of no better words to conclude than those of Jesus when He speaks of the one and only “Rapture”, the Second Coming:

“Be on guard. Be alert! You do not know when that time will come…keep watch…if he comes suddenly, do not let Him find you sleeping. What I say to you, I say to everyone: Watch!” (Mark 13:32-37).