Is Society and Religion – Dead?

I have been trying to save Belle Burch, but I can not. She and her friends went after it all, and tried to destroy all, so they can rise to the top of the heap. They resemble the President of the United States who has a inferiority complex. Trump is destroying what the Eugene Anarchists are destroying – or destroyed – with the help of OCCUPY.

I will save and promote the history of Catherine Vandertuin because her art and theatre are connected to Joaquin Miller and the Pre-Raphaelites. The Emmys demonstrated the Arts are still alive, and, people loved The Game of Thrones. They hate raising up The Scum, The Ugly Un-Gifted Ones, and, The Total Losers.  Trump is a Total Loser Scum Bag who titles the Free Press “The Enemy of the People”. He does not own a original work of art. He stiffed Andy Warhol. He does have a mural of Apollo on his ceiling.

Radicalism in France – IS DEAD!

Chayne In Eugene would make a great play or T.V. series about the hazards of FetLife. A dude in Eugene makes a false accusation on a Abuser of Women site – against himself so he can get more women who like to be abused.

“They pretend to hate me when they call. Then they come over and I wrap their nude bodies in chain and leather.”

Below is an article that explains “topping” the main complaint of the fake victim whose report is next to the one Kim Haffner brags about – in front of our neighbors! This is SLANDER! I am a real victim of abuse. Belle and Alley did this to me, yet, I try to love and forgive them – for the sake of us all. What is a “freeze response” I got to work this into my Bond book. The Bottoms are redeemable this way.

Coming to your cable station.

The only thing that is redeemable about ‘The Belle Affair’  is my refusal to take down my posts on her – after Alley threatened me! For two hours I agonized over this. I went into the future and looked at what the Emerald Valley would be like, because I responded to EXTORTION. I concluded that I owe it to my peers not to cave to Anarchy. I sent blogs to other newspapers, who ignored me. Did they think it was true? Why would a predator want the publicity? They like to work in the dark. They go undercover and pretend to be what they are not. They do not want their picture in the paper. Belle would not let me take a photograph of her. She concealed her Anarchist friends – and philosophy from me!

After Alley posted her threat, I called Belle.

She thought she had me on the ropes. I knew she was destroying herself. Our story, is the story of the age!

When beauty becomes the beast! Belle spoke beautiful French at the Wandering Goat. When we parted she said;

“You are looking at me like you are never going to see me again!”

When she rode away on the blue bicycle I gave her, she rode into – The Darkness!

This is our movie. The Beast transforms into a young man so he can go amongst the Black Masked ones – where ever they are. The Beast finds them in the streets of Paris.

Here is a fellow abuser and journalist, according to the fake Eugene Abuser site:

He goes to LCC and is into literature. He does journalism stuff with a magazine or newspaper there but I’m sure what exactly.

He nonconsensually began “topping” me and was extremely sexually aggressive. He took advantage of my freeze response but never got consent to do the things he did.
His wife later texted me that he is a serial cheater and that he is NOT in a open relationship like he claims to be on dates.”

This poor woman victim is upset because she learned this dude she was having BONDAGE sessions with – did not have permission from his wife! Indeed, he was a “serial cheater”. I suspect this dudes wife looked in her hubbies phone and found out he was a cheater. Then, she texted the woman he tied up – and did all kids of wicked and naughty things to her, like whip her and gag her.

Ken Kesey is the Alpha Leader of the Hippie Movement. I am the Omega, the guy at the end of the parade – who gets the Last Word…

The Hippie Movement……………IS DEAD! This is the last Hippie Poster that I will sign and sell and my book signings.

“I’d like to hear more of your personal life story. “When I got sober”, “When I was homeless”, “When I was fighting cancer”……. these are words you drop and then let flit by without much detail or explanation or storytelling. I want those details and stories. Please.“

Is Belle into FetLife? How about her love-object. Ambrose seen with his fanny on parade he letting it all hang out across the street from the Saturday Market where kids go with their parents. They did get put in handcuffs together. Was Ambrose at George Poling’s house?

Here is the threat I received from Alley Valkyrie weeks after I met with Belle in 2014. I did not know her. Belle did not tell me to stop calling her or write about her until after I received this threat that was carried out. Note how Alley pretends the police are STILL her bosom buddies after they terrorized George Polins home, a policeman for many years. This T.V. show remind me of the movie ‘The Invasion of the Body Snatchers’.

5 Ways to Recognize Topping from the Bottom 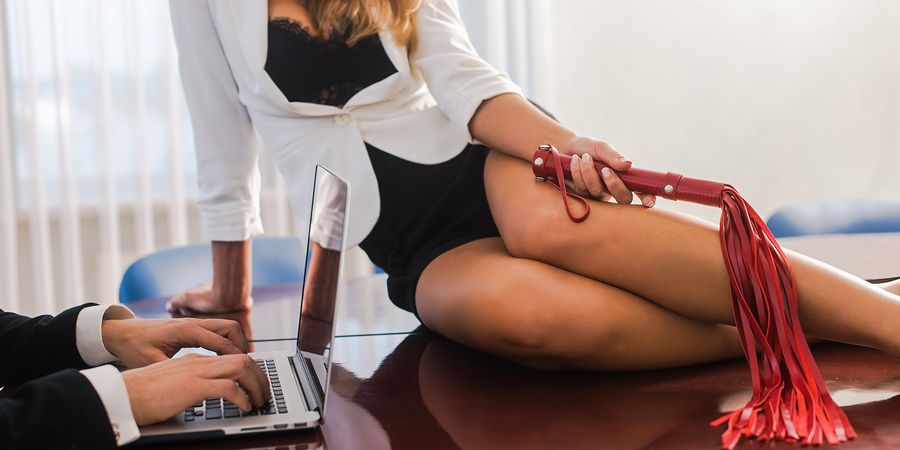 UPDATE: I have written further on this topic. Please check out Why You Should Know the Truth About Topping from the Bottom and Feeding His Dominance is Not Topping from Below.

Topping from the bottom is a misunderstood term in BDSM, especially if you are a novice. The idea behind the term is to help submissives understand their role, and isn’t more than a faux pas. During interactions with your Dominant, it’s a lesson to know that you can’t control what is going on. Topping from the bottom is when you simultaneously adopt both roles. Examples of this could be in the form of giving commands, refusing requests or moving to control the location of impacts during play. Generally, it is frowned upon to try to force the Dominant’s hand to do something they do not wish to do.

1. You contradict the decision of your dominant.

If you try to change his or her mind about the decision they have made, without a valid reason, you are topping from the bottom. Examples could range from trying to convince them to use a different toy because you don’t like the one they are using, to asking them if they are sure they want to eat at Joe’s Restaurant when you really want to eat at Donna’s Cafe.

2. You ignore the request or command.

This one goes without saying, but pretending you didn’t hear the request and just to carry on doing what you want to do is not appropriate. Acknowledge the request as soon as possible and follow out the command as best you can. You can always go back to what you were doing afterward. The dominant is expecting your service at all times, not just when you want to give it. Topping from the bottom can be non-verbal.

Submission isn’t about pleasing you directly. Being directed to do something from your Dominant is to please them, and as my Master always says, “Doing things for me should be your pleasure.” Conditional submission is topping from the bottom and should not exist, you either submit or you don’t. What you get in return is up to your Dominant. Negotiating this at the beginning of the relationship is critical.

This is a tough one, but typically in a D/s relationship, you have given over control of your body to your Dominant. This means that if they wish to touch you, that is their right. Telling them with physical withdrawal that you do not wish to be touched is trying to force their decision to touch you. Removing yourself from the situation is topping from the bottom. Learn to accept the attention, no matter what it is; it could develop into a wonderfully intimate time between the two of you.

As a submissive, you may hang on to the right to say no, but if the Dominant gives you a reasonable request and it is within your negotiated terms to do, then you shouldn’t say no. Inconveniencing you isn’t a valid excuse. Neither is I don’t want to. Your Dominant has your better interests at heart, but also their desires. Perform the task and then feel good about it. What you just did may have enhanced your relationship, or you just refreshed their coffee. Either way, life is good.

* No is an important word in a D/s relationship, but one that shouldn’t be abused. Just like safewords, this word is only to be used in non-negotiated situations or when something needs to be cleared up first. Remember: use sparingly.

What do you think? Do you know ways to recognize topping from the bottom that aren’t on this list?

Again, if you missed it, there are more articles on this topic. Read Why You Should Know the Truth About Topping from the Bottom and Feeding His Dominance is Not Topping from Below!