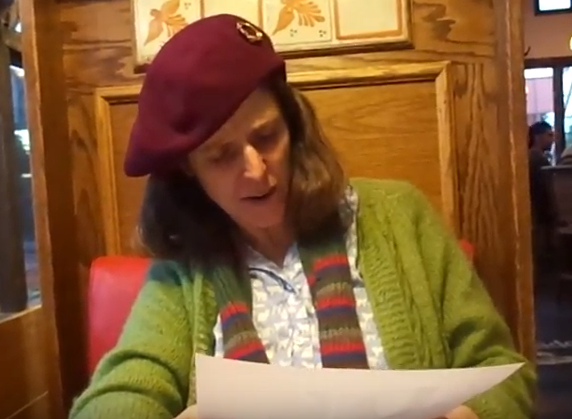 Here is how Victoria Bond’s Parade was going to go.

Luey and Bluey McDonald are encouraged by their mother to assault Victoria Bond when she passes their home playing her babpipe with a dragon’s head. Sheila McDonald calls it The Orange Devil. Victoria Bond is carrying a bag of eels that she pours down the throat of Bluey McDonald after knocking him senseless with a kick to the head. She knows French kick boxing. Victoria used the pipe of her bags as a funnel.

Sheila sees her son stagger and fall to his knees, then vomit up about a dozen eels. This is a sign unto her, and her Catholic Society of Phoenucian Eels of Baal, a sectret society that is three thousand years old. There is a legend that claims Jesus took part in their ritual when his uncle, Josephy of Arimathea, came to the Isles.

A group of old women dressed like Nuns, grab Victoria and whisk her away. The parade ccontinues down the road to the waiting riot. When things are getting realy rough, there is a sound of ram horns. Looking down the road, here come a float, with Victora  chained between two pillars. They slipped a fish tail on her and she is wearing two shells to cover her breasts. She is ‘The Daughter of Dagon’ also known as ‘The Lady’.

There is a giant EEL suspended over her, it’s head looking to the right and left as it moves into the mob, that falls silent, and parts. One old Irish Hag steps forth, and raises her cane;

“Look! It’s the Holy Ark of the Covenant! That David’s Philistine cousins brought to Ireland after Samson destroyed the temple of Dagon, the great god of El, the Eel god!”

Victoria Bond is brought to the bank of the Thames. Eels are poured down her gullet. As they release a toxin, Victoria begins to hallucinate. She is taken back in time. There are Phoenician gallies lining the banks full of cheerful followers of the River Eel of Britania, whose children were carried to all rivers of the western world. For centuries they provided nourishement to millions. Eel Pie is made out of rye, that sometimes gets moldy, and whole towns get high on LSD. Many religions are formed form the visions of God-El.

Then, the river eels began to vanish due to population growth and over consumtion. Royal people and families go to war with another over the last eels. Saint George and the DRAGON=DAGON is a branch of El that came to the British Isles.

This is all being explained by a BBC newscaster who is interviewing the High Priesess of Dagon, who claims she is 134 years of age. In Rome, the Pope is watching, and fuming! The great Vatican Sectret is out. He pushes a button under his desk, and fom out of their cells, come the Pope’s Assassins, known as the Un-Holy Trinity. Their leader is from the infamous McPence Clan, who expertly shame the genitalia of their victim, before they die.

All of a sudden, Victoria Bond, vomits out of her mouth about twenty little eels. When they hit the water, there is a flash of neon blue and many bubbles come to the surface. The crowd lets go a rousing cheer. Catholics and Protestants put down their bottles and rocks, and begin to hug one another after seeing their religions come from the same source! The Pope slams down his crossaire upon the great oaken table, taking off a good hunk of it. This splinter of wood, is put away, for another day.

Victoria Bonds looks up at dark inky rain cloud, and cries out and a bolt of lightening hits the giant eel on the float, setting it ablaze!

“Why me! Why is the woman always the one who gets it in the end!”

Then, another Sea Hag shouts!

“Look! The Holy Ark is gone! Someone has stolen it!”

Shit! Victoria says under her breath; knowing her ordeal, her drama, had just begun!

Well, that’s how my story WAS going to go. But, then I read there was going to be REAL TROUBLE, and the Pope will be in Ireland this day! I don’t want to cause more trouble. We have enough trouble. Besides, who wants THEIR Bond movie to go like this? It’s already been done, several times.

Did you know Virginia Hambley’s ancestors on her father’s side, are Phoenucians, descendants of Ham?

Anyhow. This will make a great B-movie. Victoria needs a good bodyguard, and, Miriam Starfish, the Christian Wild Woman, is chosen.

Hey! This would make a great off-Broadway musical!

You know what? I’m going ahead with my literary parade that will be moved to Glasgow, and go along the Clyde River, where they spotted a whale, and, there is a plan to harvest eels. I’m sick and tired of today’s religions spoiling the show. They will be bypassed and fall to the wayside for the sake of The Happy People.

In my book, the 2018 Orange Parade takes place! It is – ordained! We want our bloody eels – and our rye cakes! Stop fooken with us!

Last week pupils from Lanarkshire became the first in Scotland to release European eels into the wild in a pilot of a new project called Scotland to Sargasso. Based on the Avon Wildlife Trust’s ‘Spawn to be Wild’ project, Scotland to Sargasso involves placing a part of the life cycle of the eel directly into schools to raise awareness of this critically endangered species. Pupils from Chryston Primary School (P3/4) and St Dominic’s Primary in Airdrie (P6) reared eels in class for a few weeks before releasing them into their local rivers to allow them to continue their life cycle.

A plan to harvest baby eels from the river Clyde for export as gourmet food has turned into a race to save the stocks from collapse.

The U-turn from exploitation to conservation follows initial research findings into the potential for farming the tiny eels – a delicacy on the Continent and in the Far East.

They command astronomical prices, especially in Japan, with prices up to (pounds) 150 a kilo – more than 20 times the average price of salmon.

However, the findings suggest the ”glass eels” – so-called because they are still transparent – are not nearly as prolific in the Clyde as first thought, with future populations endangered. 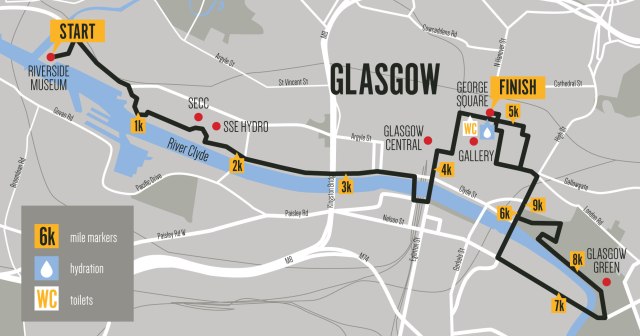 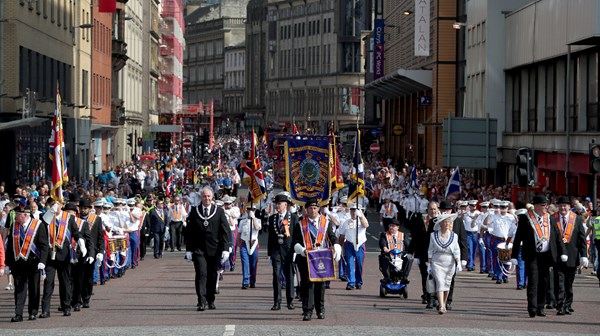 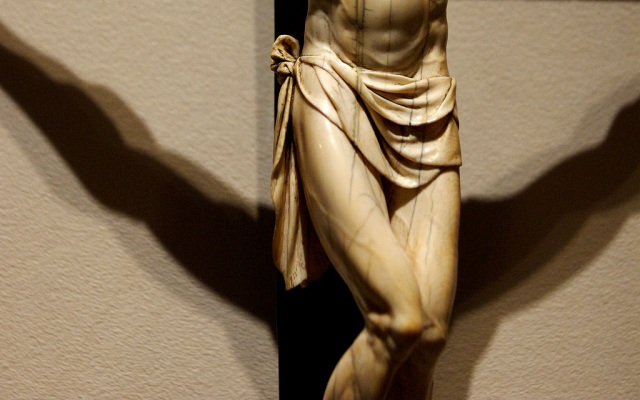 Serena watched Miriam walk towards her for their meeting. As far as she could tell, all her bodyguard wore was some kind of loin clothe – with sandals! Her long auburn hair covered her breasts.

“Please! Be seated. And stop staring down at me as if you are going to put me in a big pot and cook me! You’ve been given a nickname, you know……..Tarzarena! Some whisper this after you pass; “There goes Lady Greystoke” Have you seen a Tarzan movie?”

“It’s about a Kabbalist mathematical genius who finds another dimension. My parents put it on our video machine every Saturday after firing up the generator. We watched Ben Hur every Easter. I can recite PI backwards. Want to hear?”

“No. Not right now. I am still in a daze. I think I spotted another Leprechaun at the frozen yogurt shop. Are they really National Treasures?”

The Eel and Pie House

LEICESTER, United Kingdom – A Protestant fraternal organization has been ordered to reroute a march, so it doesn’t go past a Catholic Church in Glasgow where a Catholic priest was assaulted last month during a similar parade.

The Orange Order of Scotland had refused a request to voluntarily change their route to avoid St. Alphonsus Church, where a priest was spat upon and parishioners subjected to verbal abuse by spectators at an Orange Order parade on July 7.

In the aftermath of the incident, the Orange Order cancelled their scheduled July 21 march.

The Glasgow City Council held a hearing on Thursday about the scheduled Aug. 25 parade, and refused to allow it to go by the church after police officials said it would be a security concern.

In a statement published Wednesday, the Archdiocese of Glasgow said the Orange Order showed “gross insensitivity” in refusing to change their scheduled route.

The leadership of the order claim no members of the organization were personally involved in the attack and said a representative on Thursday told the city council he “deplores the obscenity that took place.”

After the city council made its decision, Archdiocese of Glasgow spokesman Ronald Convery told Crux he was pleased with the outcome.

“The archdiocese and Police Scotland made strong representations to the Council Committee pointing out the fears of the community and the danger of disorder. We are grateful to the Council for taking note of our concerns and the concerns of many outside the Catholic Church and acting decisively to lift a cloud of anxiety which was affecting parishioners and local residents,” the Convery said.

The Orange Order is a Protestant fraternal order based primarily in Northern Ireland, but with a strong presence in Scotland. It organizes marches during the summer months to commemorate the victory of the Dutch-born Protestant King William of Orange, who defeated the army of the deposed Catholic King James II to secure the thrones of England, Ireland and Scotland at the Battle of the Boyne in Ireland on July 1, 1690.

The marches are often a source of sectarian clashes between Protestants and Catholics in both Northern Ireland and Scotland, especially when they go through Catholic neighborhoods or by Catholic churches.