I contacted Karl about the Habsburg painting.

A half hour ago, President Trump spoke to Veterans about the building of the Embassy in Jerusalem. He gave a big shout out to evangelicals who encouraged him to do this. This is why millions of Trump’s base do not care if he makes big mistakes, or, misspeaks. They are doubling down in the hope he helps the Jews build the Third Temple, which will bring about the End Times, and the destruction of most of the world. Only True Believers will be spared. It is hard to imagine, but, millions of Christians hear this Doomsday promise made every Sunday. They pray people who are not one of them – die a horrible death! If folks you know, are looking at you funny – and treating you like vermin – thank our President!

I have exposed this Terrorist Religion – as a GIANT FRAUD! Our President is exploiting it and sounding like a Crusader King. Of course this Fairytale will not come true, but, a Holy War against Iran – looms! We have a Religious Tyrant in America – as I predicted! Some Rabbis have titled Donald a ‘Messiah’.

It has been my hope to author a best seller that would trump this evil destruction. My quest begins in Room 318 of the Imperial Hotel in Vienna. An object has been found that is part of a cache of Nazi loot. It was part of the bedroom set of Empress Zita that was smuggled out of the Palace when Hitler invaded Austria. A large painting was rolled up in a carpet. There is a document identifying the un-finished children that were smuggled out of Austria by the Red Cross. Who are they? Why are they so important?

Can I awaken the sleeping millions and turn them away from a terrible self-fulfilling prophecy! 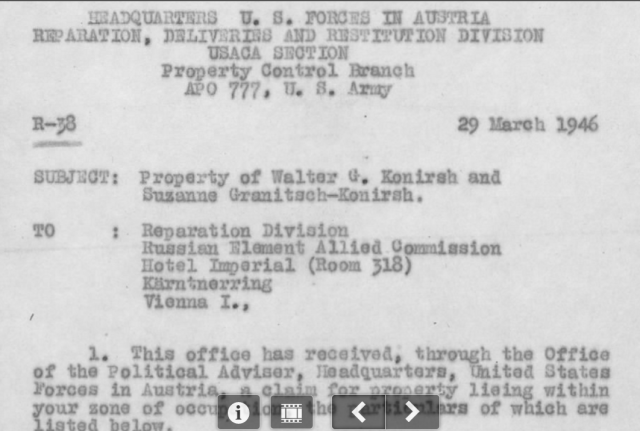 While this theology is often thought of as a “literal” reading of the Bible, it’s actually a reasonably new interpretation that dates to the 19th century and relates to the work of Bible teacher John Nelson Darby.

According to Darby, for this to happen the Jewish people must have control of Jerusalem and build a third Jewish temple on the site where the first and second temples – destroyed centuries ago by the Babylonians and Romans – once were. In Darby’s view this was a necessary precursor to the rapture, when believers would be “taken up” by Christ to escape the worst of the seven-year-period of suffering and turmoil on Earth: the Great Tribulation. This is to be followed by the cosmic battle between good and evil called Armageddon at which Satan will be defeated and Christ will establish his earthly kingdom. All of this became eminently more possible when the modern state of Israel was established in the 1940s.

” Since Dr. Robert Granitsch was married to a “half-Jew” after Nazi legislation, his three children, Susanne, born 1899, Dora, born 1904 and Lorle, born 1912, were persecuted in Austria after the Nazis’ Where Dr. Susan (!) Konirsch, née Granitsch, and Lorle Kornfeld, née Granitsch, had to flee to the USA,”

Last night I had a deep conversation with my longtime friend, Christine Wandel, who has lived in the Village of New York for over forty years. I told her about my recent discoveries regarding ‘The Last Audience of the Habsburgs’. I told her I am now guaranteed a novel that will alas give me the credibility I long for and sorely need due to the slanderous attacks I have suffered, mixed with threats. I told her I was considering playing my cards close to the vest, and not reveal the amazing Art and Liberty lessons that blossomed before me on my internet screen when I went in search of a answer to a confounding question. How and why did Arthur von Ferraris’ painting end up at the Jordon Schnitzer Museum?

I believe I have found a sound theory as to how? The clue of the rouge thread begins in Room 318 of the Imperial Hotel in Vienna where the Property Control Branch of the Allied Forces has set up a Reparation Division. Below is part of the correspondence of  Susanne Granitsch-Konirsch. She is the daughter of Helene Granitsch who is standing behind Empress Zita and staring out at the intended audience, the masses, the intended viewers that never appeared because Zita and her royal family were dragged off their thrones and banished from Austria.

The Last Audience is the greatest failed work of art in history. There is a invisible family present, a famous revolutionary family surrounded by a doomed nobility. The Granitsch family were of the New Democracy. They were trying to save aspects of Habsburg Rulers, or, so it is alleged. 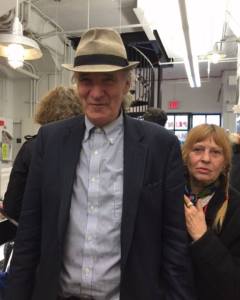 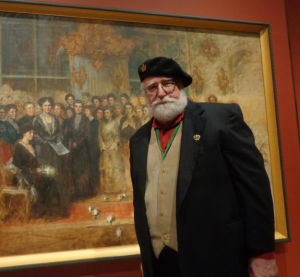 I have contacted INTERPOL and UNESCO about the Habsburg Pianting at the Schnitzer. I will be sending this blog to Jill Hartz, the Executive Director. I sent an e-mail to Cheyrl Hartup, and got no response. I had several telephone conversation with Alexandra V. Cipolle-Notman of the Eugene Weekly. We exchanged e-mails about our meeting place. She never got back to me, and has not replied to further e-mails from me. She asked me on the phone if I tried contacting the Habsburgs. I told her I had not. I do not trust her. Why should I? All my correspondence is copyrighted, along with the contents of my blog. A real crime may have been committed. This is not the time to play games.

Below is an e-mail I sent Stefan Eins in September of 2013 about this Habsburg painting a famous artist from Austria. Jospeh Swobb said he would forward my information to Austrian Consulate. The possible obstruction of a criminal matter of this magnitude, has bid me to be as transparent as possible. Who knows where this will lead?

Stefan Ein’s father was a member of the Nazi Party. When he came home at the end of World War Two, he took his infant son by his head, and hung him over a balcony, threatening to drop him. After hearing this two months ago, I pondered what was going through Mr. Ein’s mind. I conclude he was very disappointed Hitler lost the war, and, the Super Race Dream that his child represented. This boy became a living reminder, a symbol of utter failure. All hope is gone. The child must die with Hitler. 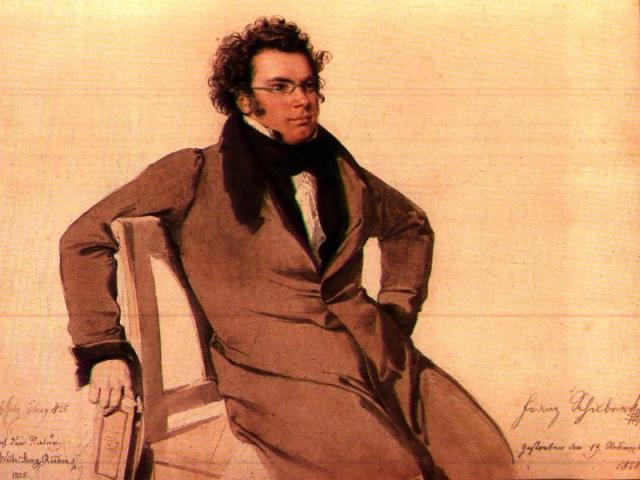 Wilhelm August Rieder (black arrow) among other friends of Franz Schubert at the “Schubertiade”. Drawn by Moritz von Schwind from memory (1868).

I discovered this morning that Dr. Dr. Susanne Konirsch-Granitsch owned a painting of Franz Schubert rendered by his friend Wilhelm August Rieder.  Susanne’s mother is in ‘The Last Audience of the Habsburgs’. I suspect Susanne came to own this painting. Here is an amazing document that catalogues the efforts of the City of Vienna, itself, to return lost art and artifacts to Jewish citizens of this Capitol of European Culture, who had to flee for their lives, leaving works of art behind. The Gestapo owned Susanne’s painting of a famous Composer seen in the images above. From now on I will be contacting my Congressman and Senator to make sure there is a full investigation of how the Schnitzer Museum came to own a work of art that may have been left behind in Vienna when Empress Zita fled from Hitler.

“The Gestapo put the painting in March 1939 when brother of Dr. Susanne Konirsch-Granitsch, RA Dr. Franz Hiller, safe and handed it to the Kunsthistorisches Museum for safekeeping in a vault”