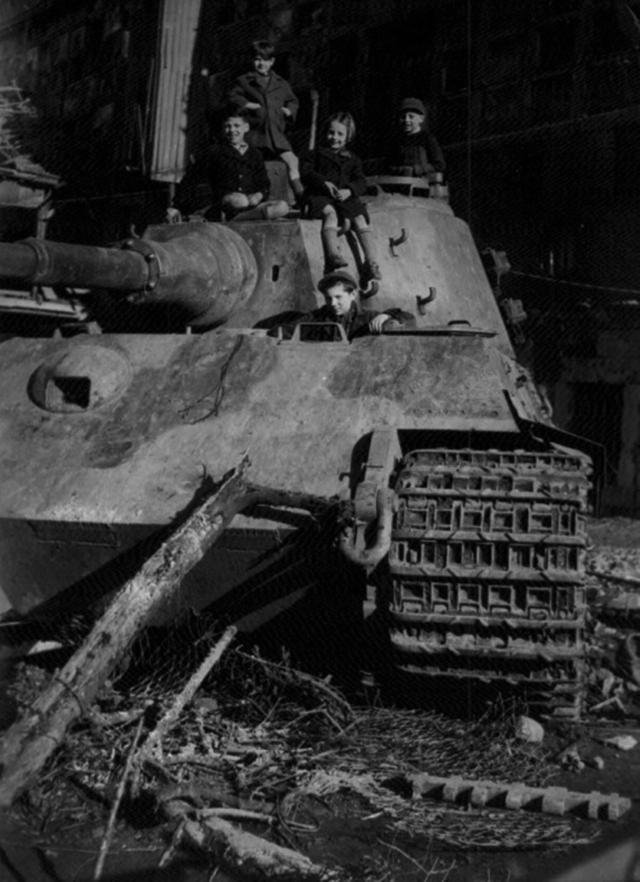 Stefan Ein’s father was a member of the Nazi Party. When he came home at the end of World War Two, he took his infant son by his head, and hung him over a balcony, threatening to drop him. After hearing this two months ago, I pondered what was going through Mr. Ein’s mind. I conclude he was very disappointed Hitler lost the war, and, the Super Race Dream that his child represented. This boy became a living reminder, a symbol of utter failure. All hope is gone. The child must die with Hitler.

With Trump’s announcement he wants a new Cold War, we the people of the world have once again been taken hostage by nuclear terror, and we are dangling on the edge. Studies have been done on how much damage the nuclear threat is to the human psyche .Two months ago Stefan and I talked for an hour on the phone about the Habsburg painting at the Jordon Schnitzer Museum. He told me Austrian politics are very progressive, and thus the Austrians may no want this painting. In the last several days there is breaking news that Trump’s national security adviser, Michael T. Flynn, met with the leader of the Right-wing group that is giving new life to Nazi ideas.

As I type, the United Nations is about to vote on keeping Israel from building new settlements that were first built by Turnverein Jews, Fort-Eighters who fought the Habsburg army, and lost. The Turners fled to America and Palestine. There would be no Israel without the terror and mass murder Stefan’s father launched on the world. There would be no Republican Party – and President Trump – without the Turners. Are the Habsburgs at the epicenter of the Doomsday Countdown?

Thanks for reaching out. I’m going to have to reschedule this for next week. Can we meet Thursday or Friday of next week during working hours?

your information was forwarded to the Austrian Consulate General. Please give us more details why you to your mind the mentioned canvas was smuggled out of Austria and who did that.

Since Dr. Robert Granitsch was married to a “half-Jew” after Nazi legislation, his three children, Susanne, born 1899, Dora, born 1904 and Lorle, born 1912, were persecuted in Austria after the Nazis’ Where Dr. Susan (!) Konirsch, née Granitsch, and Lorle Kornfeld, née Granitsch, had to flee to the USA,”

The alleged meeting between Flynn and Heinz-Christian Strache, which was first reported by The New York Times, took place several weeks ago, according to Strache. In his posting about it, Strache also announced signing a “cooperation pact” with Russian President Vladimir Putin.

A Trump spokeswoman didn’t respond to a request for comment, but an anonymous transition team official told CNN the meeting didn’t happen. The Austrian embassy declined to comment.

An unusually high number of junior-level civil servants in the U.S. National Security Council are looking for other jobs over concerns about President-elect Donald Trump’s choice for national security adviser, Michael T. Flynn, according to current and former officials who spoke with The Guardian. Flynn, who ran the Defense Intelligence Agency until 2014, has emerged as one the most controversial picks Trump has made for his incoming cabinet on account of the retired lieutenant general’s affinity for conspiracy theories and Islamophobia, as well as his partisan posturing and possible connections to the Russian and Turkish governments. Last week, it was also revealed that Flynn had inappropriately shared classified information with foreign military officers while serving in Afghanistan, though an Army investigation later determined national security was not damaged as a result.

Whatever their reasoning, it seems that many of the 400 or so foreign-policy experts who work on the NSC (but aren’t political appointees) aren’t sure it’s a good idea to stick around. Per an official who spoke with The Guardian, “Career people are looking to get out and go back to their agencies and pressure is being put on them to get them to stay. There is concern there will be a half-empty NSC by the time the new administration arrives, which no one wants.” In addition, many of these positions would be difficult to fill, a process that could take months, potentially leading to a talent shortage within a crucial part of the country’s national-security apparatus.

The head of Austria’s anti-immigrant Freedom Party, which was founded after World War II by former Nazis, claimed in a Facebook post this week that he met with Retired Lt. Gen. Mike Flynn, Donald Trump’s pick to serve as his national security adviser.

A Trump spokeswoman didn’t respond to a request for comment, but an anonymous transition team official told CNN the meeting didn’t happen. The Austrian embassy declined to comment.

Although the Times story focused on the Russia pact, the alleged Flynn-Strache meeting would be at least as significant. Austrians’ support for far-right parties has increased significantly over the past 15 years. Strache’s Freedom Party received 35 percent of the vote in the first round of the race for Austria’s ceremonial presidency, before narrowly losing a runoff earlier this month.

“This is not just any opposition party: It is one with Nazi sympathies,” said Daniel Serwer, a former state department official who’s now a professor at the School of Advanced International Studies at Johns Hopkins University. “Nor is Flynn any national security adviser. He is a documented conspiracy propagator. His long-term strategy colleague, Steve Bannon, is an ethnic nationalist and anti-Semite. The president-elect is an anti-Muslim and anti-immigration bigot.”

There’s no doubt that Strache, who worries about “inverse racism, “Austrian youths” being “beaten up in discos” and the “risk of Islamization,” has a lot in common with Flynn, who has also warned of the dangers of Islam and called the religion a “cancer,” and Trump, who called for banning all Muslims from visiting the U.S.

Although they’re proud of their positions on immigration and Islam, Strache and Flynn have denied that they’re anti-Semitic.

The Freedom Party’s first leader was Anton Reinthaller, who supported the Nazi party as early as 1928 and later served as a Nazi government official. Reinthaller was a member of the SS, the Nazi paramilitary organization-turned-secret police that executed much of the Holocaust. Although there’s no clear evidence that Reinthaller was directly involved in the shooting, gassing and torture of millions of Jews, Roma, communists, gay people and others, he served in the government that carried it out and did nothing to stop it.

Here’s a photo of him with Hitler during the Reichstag meeting about Germany’s annexation of Austria:

“Readers have a hard time distinguishing between ex-Nazis and neo-Nazis,” warned Swanee Hunt, a former U.S. ambassador to Austria who’s now a lecturer at Harvard’s John F. Kennedy School of Government. In Austria, “there was always this struggle with how do you deal with people who were Nazis,” she said. “Austria had lots and lots of people who were Nazis and sympathizers. It’s not like they just disappear into thin air.”

When Hunt served in Austria in the 1990s, the Freedom Party “had that strain that’s echoed here more in the alt-right,” she said, referring to white nationalist Richard Spencer’s term for American white nationalism and its associated movements. “It’s building on this anti-foreigner and anti-Muslim sentiment that you see, frankly, all over.”

But sometimes, the past shines through.

In 2012, Austria’s then-president canceled plans to give Strache an award after the Freedom Party leader was overheard claiming that he and his allies were the “new Jews” and that the fearsome heckling they received on their way into a gala at Vienna’s Hofburg Palace was “like Kristallnacht,” the night in 1938 when Austrian and German civilians, with the aid of Nazi paramilitaries, murdered Jews, destroyed Jewish-owned stores, burned hundreds of synagogues and sent tens of thousands of Jews to concentration camps to die.

“Strache mocked the victims of the Holocaust by comparing himself and his fellow extremists to Jews and invoking Kristallnacht to complain about the anti-fascist protests,” Abraham H. Foxman, the national director of the Anti-Defamation League and a Holocaust survivor, said at the time. “This trivialization is outrageous, but not surprising from Strache and his ilk.”

Trump used anti-Semitic tropes and received support from anti-Semites during his campaign for president. In July, Flynn retweeted and endorsed an anti-Semitic tweet, but later claimed it was a mistake.

“At risk of appearing to be a conspiracy theorist myself, I think we are seeing an effort to build an international coalition of like-minded anti-Muslim, anti-immigration ethnic nationalists who can be depended upon to undermine the liberal democratic order of the West, in particular its international norms regarding peace and security, its trade and investment rules, and its human rights standards,” Serwer said. 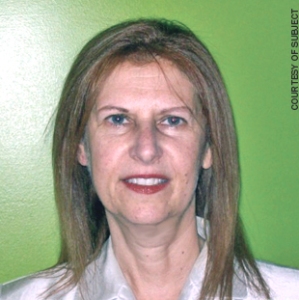 I have contacted INTERPOL and UNESCO about the Habsburg Pianting at the Schnitzer. I will be sending this blog to Jill Hartz, the Executive Director. I sent an e-mail to Cheyrl Hartup, and got no response. I had several telephone conversation with Alexandra V. Cipolle-Notman of the Eugene Weekly. We exchanged e-mails about our meeting place. She never got back to me, and has not replied to further e-mails from me. She asked me on the phone if I tried contacting the Habsburgs. I told her I had not. I do not trust her. Why should I? All my correspondence is copyrighted, along with the contents of my blog. A real crime may have been committed. This is not the time to play games.

Below is an e-mail I sent Stefan Eins in September of 2013 about this Habsburg painting a famous artist from Austria. Jospeh Swobb said he would forward my information to Austrian Consulate. The possible obstruction of a criminal matter of this magnitude, has bid me to be as transparent as possible. Who knows where this will lead?

hartz@oregon.edu
Today at 11:01 AM
Dear Ms. Hartz – Over ten days ago I contacted Charyl Hartup about the Habsburg painting that is possibly stolen. I was going to meet with Ms. Alexandra V. Cippoli-Notman at a resturant, then we changed that to the Schnitzer because I wanted to introduce her to my dear friend, Virginia Hambley, who is related to Empress Zita. I told her it would be wonderful to take Virginia’s pic in front of ‘The Last Audience’. Alex failed to confirm this meeting and has not responded to my e-mails. This is an insult! I will let members of the House of Bourbon know of it. Virginia’s great grandfather tried to restore the Bourbons, and led the invasion of Algiers to dispose of a Caliphate. Let us not interfere with a international investigation. I have contacted UNESCO and INTERPOL and sent them this message.
John Presco
President: Royal Rosamond Press

I contacted someone at the Austrian Consulate about the Habsburg painting at the Universty of Oregon museum, that I believe belongs to Austria. Just after the war, In Room 318 of the Imperial Hotel in Vienna where the Property Control Branch of the Allied Forces has set up a Reparation Division. Below is part of the correspondence of Susanne Granitsch-Konirsch. She is the daughter of Helene Granitsch who is standing behind Empress Zita and staring out at the intended audience. Thus large unfinished work ended up in a bank vault in Eugene Oregon where it sat for sixteen years. https://rosamondpress.com/2016/11/05/spring-roses-of-nations/

Thanks for reaching out. I’m going to have to reschedule this for next week. Can we meet Thursday or Friday of next week during working hours?

1 Response to The Austrian Countdown