The Republican Land of Sunshine Party

On this day, April 22, 2018, I found ‘The Republican Land of Sunshine Party’. There is a plan afoot to make several States out of the State of California. Many Republicans are unhappy. Why? I believe they are disgruntled because they have been sold fake Redneck, Neo-Cofederate cultural tradtions that have nothing to do with folks in the West, or, folks in the Red States, for that matter.

What I suggest is the formation of a new Republican Party based upon the traditions set by John and Jessie Fremont, as well as the traditions put forth by California Magazines that boosted the attributes of the West.

In answer to Traitors waving a Confederate flag in one hand, a Bible they know nothing about, in the other, I suggest ‘The Land of Sunshine’ ‘Out West’ and the ‘Overland Review’ be treated like Biblical Orthodoxy, and be a Guide to Western Behavior and Attitudes. I see a Country Court of Nine Guides, who will know these magazine from front to back. Their mission is not to solve every problem that comes along, but, keep The Western Republic’ on track. and, the members our party feeling good about themselves – and fellow Californians. Oregon and Washington are welcome to join us.

It’s all about – TRADITIONS!

Our goal is to make every man feel like he owns a million dollars, and a million acres. Our New Republican Women should be made to feel like Goddesses of Social Justice, and Promoters of Poetic Wellbeing. May they forever Enchant our Great State. Who knows, our Golden and Progressive Ideals may sweep Eastward, and bring Red States into the Land of Sunshine………of the Mind. Don’t worry! Be happy!

In theory, everyone who registers as a Western Republican, will receive a faux Hopalong Cassidy lunch box with Maynard Dixon print. Women members will get a faux Dorothea Lange camera, and a Depression Era image that will inspire The New Western Republican Deal. These items can be taken from our website – to be! Also included, one will get a Western Meal Ticket for an honestly made, and heavenly fried – baloney sandwich!  Trump gave his Free Lunch to the very wealthy. His baloney makes us all sick. Time to take care of the Dream Holders at the Golden Gate Diner of the California Soul!

Jessie Benton led a California Secessionist Movement in 1861, during the Civil War.  I will investigate. The Fremonts should be the leaders of any movement to divide California. I found an image of a map made in 1781. California was named ‘Marpacifico’ that means “peaceful sea”. There is a Mar Pacfico Flower. It’s time for Republican Flower Power!

Though the peoples of Asia and Oceania have traveled the Pacific Ocean since prehistoric times, the eastern Pacific was first sighted by Europeans in the early 16th century when Spanish explorer Vasco Núñez de Balboa crossed the Isthmus of Panama in 1513 and discovered the great “southern sea” which he named Mar del Sur (in Spanish). The ocean’s current name was coined by Portuguese explorer Ferdinand Magellan during the Spanish circumnavigation of the world in 1521, as he encountered favorable winds on reaching the ocean. He called it Mar Pacífico, which in both Portuguese and Spanish means “peaceful sea”.[4] 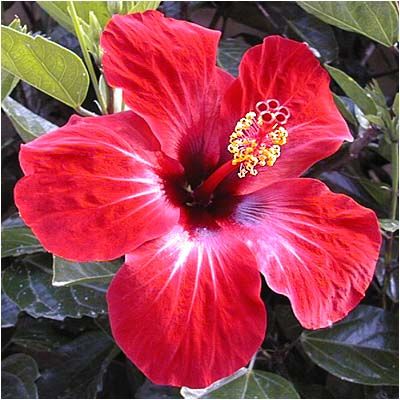 In 1856, Frémont’s antislavery position was instrumental in his being chosen as the first-ever Republican candidate for President.[1] Jessie played an extremely active role in the campaign, rallying support for her husband. One particular campaign slogan read, “Frémont and Jessie too.” Her father, however, a lifelong Democrat, refused to endorse her husband’s bid for the presidency. This did not stop the supporters of Frémont from continuing to refer to her as the “first lady in the land,” a title her admirers continued to use throughout her life[4]

Frémont garnered many Northern votes, but ultimately lost the election to James Buchanan, though he did surpass the American Party candidate, Millard Fillmore. Frémont was unable to carry the state of California. If he had taken the state of Pennsylvania he would have won.

In the years following, the couple moved several times, living in California, St. Louis, and New York. She played an active role in the anti-Secession movement in California in 1861[5] and enlisted both Unitarian minister Thomas Starr King and writer Bret Harte to her crusade.[1] When Lincoln appointed Frémont as the Commander of the Department of the West in 1861, they returned to St. Louis.

Jessie Frémont served as her husband’s unofficial aide and closest adviser. The two shared the belief that St. Louis was unprepared for war and needed reinforcements and supplies, and both pressured Washington to send more supplies and troops. She threw herself into the war effort, helping to organize a Soldier’s Relief Society in St. Louis, and becoming very active in the Western Sanitary Commission, which provided medicine and nursing to soldiers injured in the war.

One of the most impressive feats of her political career came shortly after Frémont lost his position during the Civil War for issuing his own edict of emancipation, summarily freeing all of the slaves in Missouri, which antedated Lincoln’s own Emancipation Proclamation. Jessie actually traveled to Washington and pleaded with Lincoln on behalf of her husband, but to no avail.[6]

The Land of Sunshine was first published by the F. A. Pattee Publishing Company in June 1894 as a quarto measuring 9 by 12 inches (23 cm × 30 cm).[1]:38[6] It was originally ghost-edited by Charles Dwight Willard,[1]:47 while Harry Ellington Brook and Frank A. Pattee were both also involved in the creation and publication of the magazine.[1]:38–9 Willard was secretary of the Los Angeles Chamber of Commerce while he edited The Land of Sunshine, which from its inception was supportive of commercial interests in Los Angeles and San Diego to the extent that it would have caused a clear conflict of interest controversy if Willard was publicly linked to the magazine.[1]:40 According to Edwin Bingham, in its first volume The Land of Sunshine developed a long-standing dichotomy between covering regional commerce and culture.[1]:42 From its beginning, the magazine also took concerted measures to increase its circulation, including both imploring its readers to share copies with their friends and supplying public libraries around the United States with issues of the magazine.[1]:43

At the end of 1894 Charles Fletcher Lummis was publicly named editor of The Land of Sunshine, and the first issue produced under his control was January 1895.[1]:47–8 Lummis promised that the magazine’s coverage of Southern California would be “concise, interesting, expert, accurate” to the extent that it would be trusted by Eastern readers.[1]:48 He also placed an increased emphasis on the cultural and intellectual content of the magazine.[1]:49 According to the Los Angeles Times, he transformed the magazine from a “Chamber of Commerce promotional sheet” into a “sterling literary magazine” in which he voiced his own opinions about everything from art and philosophy to politics and current events.[7] Perhaps his favorite subjects, however, were championing Native American rights and criticizing the Federal Indian Policy.[6] Lummis was regarded as an “impulsive firebrand” as a thinker and a writer, and his ideas, both in The Land of Sunshine and other works, often had a polarizing effect on other writers and academics.[6] In June 1895, the magazine was reduced to dimensions of 6 by 9 inches (15 cm × 23 cm), although its total number of pages grew

At the outbreak of the American Civil War there was a serious debate about the course that California and the Far West would take. Many people out west were interested in separating into a Pacific Republic – a separate nation from the United States. This new nation would turn its back on the war in the east and face out onto the Pacific and its great potential.

The Civil War was really fought about the West, the future of America. Western expansion was one of the true flashpoints of the Civil War. The destiny of the west – slave or free soil – became a central issue as the United States continued to add western territories and states.

In my book I identified a few individuals who really epitomized this struggle for the future of California. The two characters that I focus on in California – Jessie Benton Fremont and Thomas Starr King – were two of my favorite characters in the book and really unlikely heroes in this struggle.

Jessie Benton Fremont, by virtue of being a woman and the wife of a prominent political figure, was someone who was not supposed to participate in political debate and statecraft. Despite these societal limitations, Jessie Fremont, an extraordinarily intellectual person, proved to be a remarkable political strategist. Her behind-the-scenes actions in support of the Union cause in California proved to be of great importance.

Thomas Starr King was perhaps an even less likely figure to play a major role in deciding the future of California. This pale, small, almost homunculus of a man, a Unitarian minister originally from Boston, had been very resistant to entering politics before arriving in California. But facing the real specter of secession, King and Jessie Benton Fremont soon became powerful partners working to keep California in the Union fold. Many people would later say that King was the man who saved California for the Union. 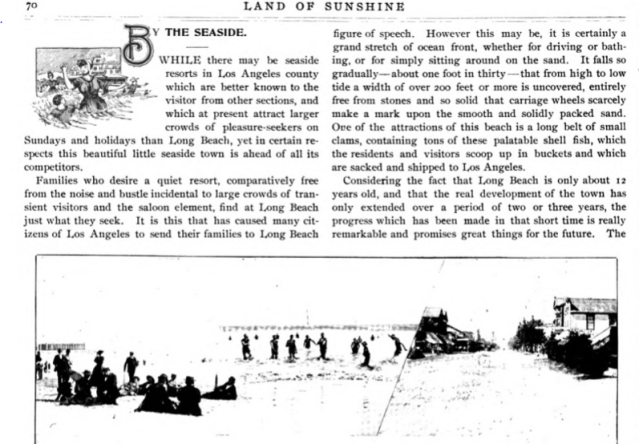 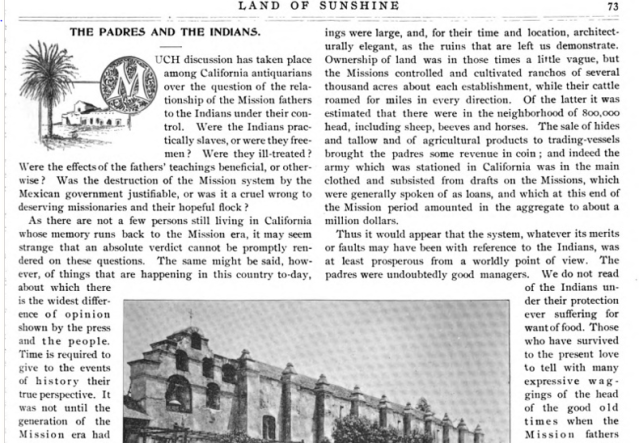 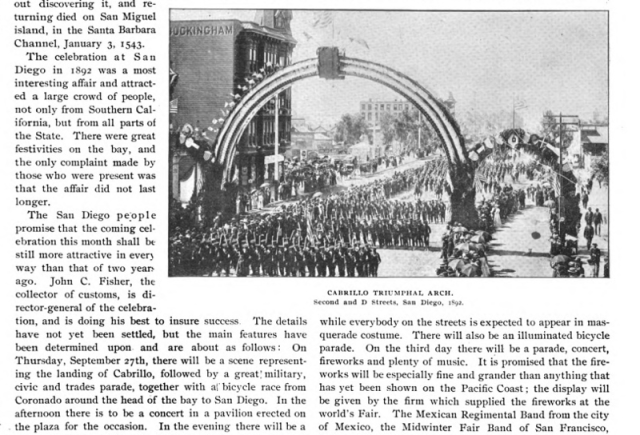 1 Response to The Republican Land of Sunshine Party