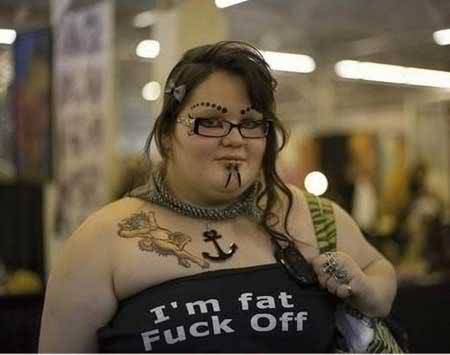 The Tale of the Lost Cellphone

Detective Sargent Kimbo O’Connorstien, looked young for her age. If you have to know, she is thirty-eight. When she was sixteen she used a fake Israeli passport she purchased from Hamas, to enter the Miss America Beauty Pageant, held in New York in 1996. While changing in the dressing room, she was accosted by a man whom she wants to remain anonymous. He abused her. He shamed her. He made her believe she was not worthy. She came to believe being beautiful put her on the wrong path, the path to meet The Big Bad Wolf’.

After discovering her beautiful interior, she changed her outward appearance. This was more than a protest, and a show of rebellion. At eighteen she was known as the World’s Foremost Skeptic. She was Queen of the Trolls on the internet. Facebook became her Killing Field. When she was banned, she came back as a new persona. Her most lethal character was Lily Mae Rosamond, country redneck woman. She was a cyber castrator. She lured beer-guzzling hog-men from Arkansas, to their doom. She was Jail Bait From Hell. She took no prisoners!

Kinbo O’Conerstein was born in a Kibbutz to Sean O’Conner, and Susanne Finkelstein. Sean was an IRA Bomber who lost his core identity when peace was made in Northern Ireland. Looking for more trouble to get himself into, he moved to Israel. That’s when he saw her out his window. Captain Susanne was chasing a dozen Palestinian boys down a narrow road, all by herself. They had hit her with a rock. Her platoon did not follow her as she charged into them. Now, they had her cornered in a dead end. They all had a rock in their hand, a dozen more at their feet. That’s when Sean ran down the stairs, and put his body between the boys, and, the woman he would soon marry.

“Let he without sin, cast the first stone!”Sean shouted, his green Irish eyes all ablaze with passion that had been handed down for fifty generations. The boys marveled at his thick accent, his bravery, his……I will never back down………resolve! And one by one, they dropped their rocks and went home to have some lunch.

When Lieutenant Wade caught his fellow officers being boys in the locker room, he joined in the bragging contest. There he’d be, with big old man balls dangling as he dried his hairy legs with one foot on the bench.

“Timothy Leary’s wife, Rosemary, and I started fucking like bunny rabbits the minute we lay eyes on one another. I was seventeen, a freshman at Harvard. I was a whiz-kid majoring in chemistry. My classmate, who beat at Boris Spassky at chess, suggested we go out to Millbrook and buy some reefer, give it a try, see what it was like. Did I tell you that after my friend beat Spassky, a young Putin came up and kicked my friend in the balls as hard as he can. Never turn your back on that sore loser………….Hey, where ya fellas going?

When Wadsworth and Kimbo’s squad car was sabotaged by toothpicks broken off in the locks, they mosbyed over to the impound yard to borrow a car for the day. That’s when Wadsworth T. Shingletown spotted ‘The Chicken Wagon’.

‘Hey Kimbo. Check this ride out. This is the old relic from the Swap Meet Pickers Fair they had out there on Highway 99 last year. There was a shootout over a big bundled deal gone bad. The guy who drove this, was the last man standing. See the bullet holes? He almost made it to Eugene, but, having bled out, he crashed through the fence onto the driving range at Fidel’s Green, where he was unmercifully pelted with golf balls, until they realized the driver was dead. I tell you, there are some mean golfers in the Emerald Valley! Two of them threw their golf clubs away, for good, and got into therapy.”

KIMBO “Yep! That’s what I heard. I can’t stay away from a good swap meet. They don’t make glass like they used to. What’s the name on the panel? Pinus Chicken Ranch – Fresh Eggs Today’.”

KIMBO “Whatever. Let’s get in and see if it runs.”

After failing to coax Kimbo and Wade to get the brakes fixed on the Chicken Wagon, the chief ordered them to do so – pronto!

“That wreck gets on everyone’s nerves. When you pull into the parking lot, its like fingernails on a chalkboard. We can’t think. Everyone stops what they are doing until you come to a complete, agonizing, stop. We lose our place, forget where we were in our investigations.”

KIMBO “Hey! Wait a minute Chief. Why do you think we crack so many cases. Our suspects have the same reaction. We call them up and tell them we will be right over. We delay our arrival an hour. By then, they are fit to be tied. They had gotten all prepared, ready to be smooth and in control. Then, we pull into their driveway. Right off they think we are Mexican gardeners who have lost their way, or, are using their drive way to turn around. They come at us – screaming! Some are waving the golf club they keep by the front door. When we flash them our badge – WE GOT EM! They are all softened up. Their boundaries are shattered. They’ll rat on their own grandmother just to get rid of us.”

CHIEF “Hmm! You got a point. Perhaps we can do a modification, install another set of breaks?

Kimbo and Wade are driving down Franklin Street, when this dude in a plastic Jelly Beanmobile, who had been riding Wade’s ass for three blocks, passed the CW in a huff, then slowed down. This was common. Young punks who can barely make their car payment, hate the idea of being stuck behind an old beater.  When the JB was caught by a red light, Wade gave the order.

Kimbo hit the old switch on the panel of plywood that had four switches on it. And, the loud sound of a truck with real bad brakes came screeching out of the speaker under the grill.

Kimdo hit switch B, and acrid smoke came out of the tire wells.

They had stopped busting their britches with laughter a week ago, because, they were just taking care of business, now. Yeah! There was some police harassment.

The Chicken Police nonchalantly watched another young punk frantically pull his JB to the curb, believing he was going to get rear-ended – big time!

When Wade pulled alongside, Kimbo rolled down the window.

KIMBO “Sorry about that. As soon as we sell enough eggs, we’re going to get our brakes fixed. You go on a head. We’ll make sure we stay well enough behind. No, you go! O.K. Have it your way!

1 Response to Kimbo And Wade