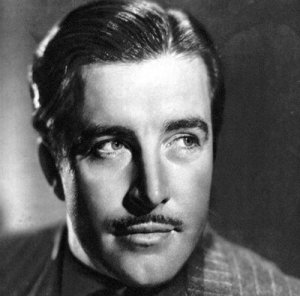 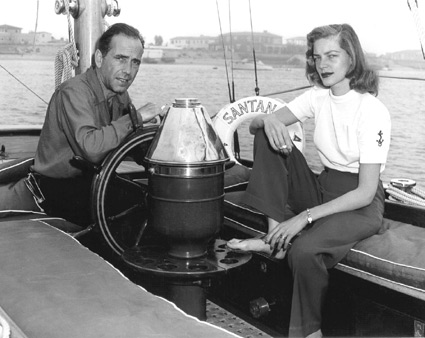 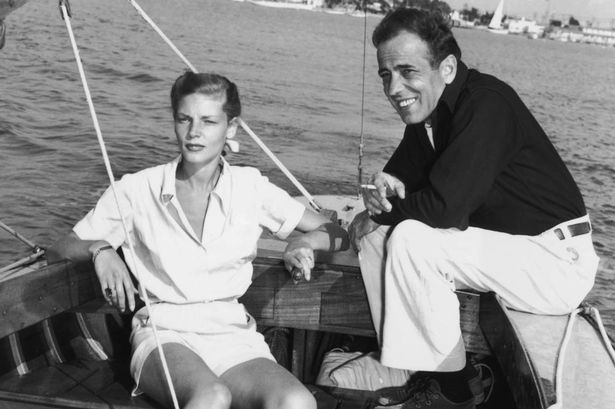 Don Roscoe and Humphrey Bogart had many things in common, the foremost being, they owned yachts that were far superior to Jack London’s wreck ‘The Snark’. On the San Francisco Bay, one could see Don’s yacht ‘Bohemian Roe’ racing Bogies Boat ‘Santana’ past Alcatraz Island. Every other boat owner looked on in awe. From the Berkeley Hills you could make out this incredible sight that American Intellectuals titled ‘The Zenith of Western Culture’. This infuriated the Swells in Los Angeles, and other Hollywood Stars who were befuddled. The Kennedy family took note, and shrugged their shoulders.

“Why aren’t we the Capitol of Western Culture?” they asked over and over again, to no avail.

In 1941, San Francisco almost lost the title due to Otto Roscoe producing the worst musical ever made. Otto’s ancestors were Forty-Eighters and founders of the Secular Turnverien, German social clubs that speckled the American landscape. Otto’s father, Wensel Roscoe, fled Bohemia Germany when the German Socialists lost to the Habsburg Monarchy, who had always defended the Pope in Rome, that many Turnverein titled ‘The Anti-Christ’.  With the rise of Hitler, German Americans were getting a bad name, and were looked on suspiciously. There was talk of deporting them en mass, or confining them to a desert in Nevada, behind a high wall. Being a spokesperson for the Bohemian Diaspora, Otto Stutenmeister (the real family name) was pressured to act.

Eight months before Pear Harbor, Otto contacted a Jewish screen writer who some say was pixielated. In three days, Dameon Gallstein wrote HELLZAPOPPIN. starring Ole Olson, and Chic Johnson, These two clowns  shamelessly ripped off the identity of the most hated couple in the world, Martin and Osa Johnson, whose real cannibal footage blew everyone’s mind, even Hitler’s, who sent a German destroyer to destroy these inferior people who kept him up at night in terrible dreams. This movie was pre-Psychedelic. When a young Ronald Reagan saw it, he stood up at the premiere and said it should be banned! Years later he would apply his opinions to the Hippie Movement.

The Fuehrer had a morbid fear of being put in a big pot and eaten by cannibals. As a boy, he had read Louis de Rougemont. As a coincidence, Martin Johnson sailed on ‘The Snark’, but abandoned ship, in disgust;

“This scow won’t sail into the wind!

Don ‘The Juan’ Roscoe, was the author of famous Adventure Novels, that critics said were better than anything London wrote. Don also plagiarised the Johnsons who everyone hated. They were too real. They did really interesting things, and were never bored. On top of that, their love for each other was without equal, and without end. They owned real love, while everyone else in the world were real frauds living a boring life and headed for a divorce. The Johnsons were guilty of – rubbing it everyone’s face! Every week they received a fresh death threat.

“They’re as good as dead!” said Don’s publisher. “Why let all that good adventure go to waste?”

[The Johnson Curse was exploited by Ronald and Nancy Reagan, and the Kennedys. Most folks knew Jack was a cheater, and his marriage was on the rocks. The last place Jack wanted to go, was to Texas. He knew there were real nuts living there.]

Don’s fans knew he never left California, had never seen the world, but, he was born in San Francisco, and thus he was the Acme of  Male Achievement. He was given the title ‘The California Kid’ which made Errol Flynn, green with envy.

When ‘The Bohemian Roe’ beat ‘The Santana’ three times in a row, there could be no doubt, Don was ‘The King of San Francisco’ …….and Oakland! The Godfather of American Literature, who made New York his headquarters, gave Don the nod. Hollywood came calling. They knew a real phony when they saw one. When Otto heard his son was being wooed, he exerted his German authority.

Otto was ‘King Barrel’ and owned of the California Barrel Company. It was no secret he supplied Bootleggers with barrels, and thus they loved him near to death. With a hit move, he could put a Pincer move on his hated rival, Wallace Westhaven, who was getting in his face. At the same time, he could give all Germans a better image by being aggressive and competitive like America’s finest families. Wallace and his family were at the epicenter of Connecticut Bluebloods. The Mafia families refused to fuck with them, because they descend from crazy Highlanders who painted themselves blue. The ancient Irish also painted themselves blue, and having whipped the snot out of the Roman Legions on several occasions, the Italian families of the Big Apple gave these people a wide birth.

“Let them blow on their pigskins!” Said Al Capone. “As long as they don’t muscle in on our turf, what business is it of ours?’

Otto was not happy that his son had become a playboy, who got caught smoking cigarets with Bogie’s dish, Lauren Bacall. Bogie was not a smoker. He only pretended to smoke. He forbade his wife to smoke. Philip Morris had him on their payroll. Just before reporters snapped a picture, he had Lauren light him a cigarette. This is how she got addicted to nicotine. At a luncheon in Pasadena, Don and Lauren met on the veranda, and she took a couple of puffs from his cigarette.

Taking in her Bad Girl Good Looks, Don was laying on her the origin of his surname.

“It means ‘Born of the Roe of the Black Forest’. It’s a German thing, an ancient fairytale full of fawns and naked Pixies.”

Don understood most educated young women wanted to be naked Pisxies in the forest, and, ‘The Juan’ never failed to get young beauties in his bed after his magical tale was told.

“My father imports oak from the Black Forest to make the finest barrels ever made!” Lauren gave Don, the look, and let go a long puff of thoughtful smoke.

The Juan understood, this woman was ‘Bogie Trained’. The rivalry, was on!

A month before the Japs bombed Pearl Harbor ‘”Pig Foot Pete” the hit tune from Hellzapoppin, was nominated for an academy award. It was put out in the cold by Crosby’s ‘White Christmas’. Overnight, Americans began to hate the Germans. This is when Don began his search for her, The All American Girl. She had to be extremely beautiful, and a Patriot. The Juan spotted Irene Westhaven when she accepted the award for Bing, who was laid up in the hospital after breaking his leg in a skiing accident while a guest of Wally Westhaven, the President of the Westhaven Barrel Company of Greater Connecticut. Wally was very tight with Bing, who had his eye on Irene. Bingo!

Today, most insiders know Mel Brooks ripped off Hellzapoppin when her wrote the screenplay for ‘The Producers’.

When Hitler saw Aryan women being grilled on a spit by Jewish Hollywood Devils, he was furious. He made plans to invade Russia – before the last reel! 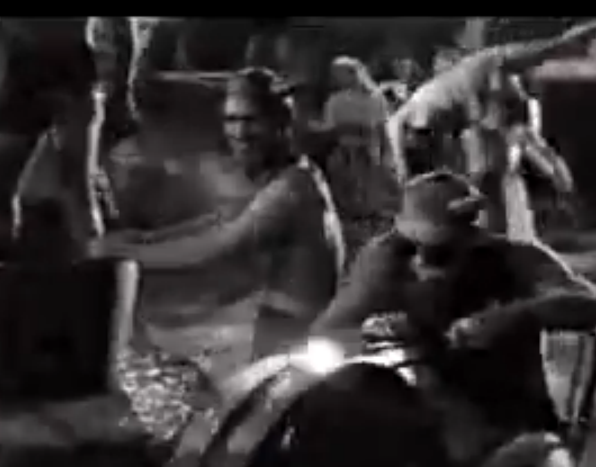 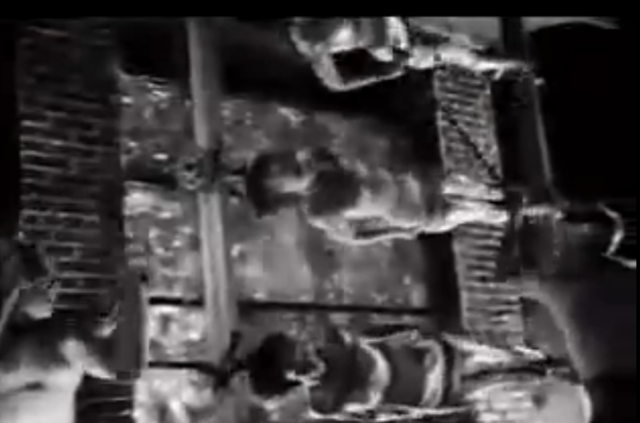 In 1917, Martin and Osa departed on a nine-month trip through the New Hebrides (Vanuatu) and Solomon Islands. The highlight of the trip was a brief, but harrowing, encounter with a tribe called the Big Nambas of northern Malekula. Once there, the chief was not going to let them leave. The intervention of a British gunboat helped them escape. The footage they got there inspired the feature film Among the Cannibal Isles of the South Seas (1918).

PORTSMOUTH — A 55-foot schooner known affectionately as “Bogie’s Boat” after its former owner, the late movie star Humphrey Bogart, arrived recently in Melville for a complete refit and restoration.

The yacht built in 1935 arrived at Loughborough Marine Interests LLC about three weeks ago after being hauled by truck in a custom-built cradle from San Francisco.

“We will be embarking on a huge refit and restoration of the yacht starting next month,” said Joseph Loughborough, owner of the company. “We basically have to take the boat apart and rebuild it stick by stick.”

Getting the contract for the restoration of the yacht, which Bogart named Santana, is very exciting because it is so historically significant, Loughborough said.

The owners of the boat surveyed it in California to find faults but they missed a lot of things that need replacing, he said.

“We have done a couple of her sister ships so we have a pretty good idea where to look a little harder,” he said.

He estimated the refit and restoration would take 18 months with crew of eight or 10 workers or even 15 experienced workers in some instances. The work is likely to cost about $1.5 million.

“She is going to be gorgeous but there is a lot of work to do,” Loughborough said of the Santana. “I mean really a lot of work.”

Much of the significant history of the yacht is connected to the period from 1945 to 1957 when Bogart owned and sailed it. Although his love affair with Lauren Bacall is legendary, his son Stephen said Santana was really his father’s great love affair.

“Apparently Lauren Bacall wasn’t very fond of the boat,” Loughborough said. “This was the boys’ boat.”

That assessment is confirmed by a quote often attributed to Bogart: “The trouble with having dames on board is you can’t pee over the side.”

He is said to have spent 35 to 45 weekends a year aboard Santana and frequently raced the yacht.

Since Bogart’s death in 1957, the Santana has changed hands many times. It has been featured in articles in Cruising World in 2005 and Sports Illustrated in 1981.

Until last year, it was owned by Paul Kaplan, part owner of one of the largest boatyards in San Francisco Bay.

Kaplan sold it in October to a group with connections to Nantucket, Mass. The group had it hauled to Melville for restoration. Loughborough said the group wants to remain anonymous.

“These guys say they are not going to do much racing, but as soon as it’s done they will be racing,” he predicted.

They are from California and intend to bring the yacht back to the West Coast, he said.

This is not the first time the Santana has been in Rhode Island.

The Santana sailed in the 1938 Newport to Bermuda Race and won the schooner trophy. It returned 30 years later, but had less success.

Loughborough said his previous experience refitting two other yachts built by yacht designer Sparkman & Stephens helped him win the contract for the Santana.

A growing talent pool in the Newport area also helped.

“If someone was going to rebuild a wooden boat 20 or 25 years ago, everyone would say, ‘Go to Maine,’” Loughborough said. “I have been here since 1986 and the whole classic boat movement has kind of generated a talent pool on this island and it’s just getting better and better.”

He cited the graduates of the International Yacht Restoration School in Newport as a factor in the development of that pool.

Loughborough pointed out some of the work that will be needed to restore the Santana. The teak deck and mahogany furniture are worn. Teak stands up better than mahogany, he said, so he might use it to replace the mahogany. Stainless steel pieces on the yacht will be replaced with brass as was originally used. The new owners want it to be as original as possible, he said.

They may even replace the refrigerator on board with an ice box.

“We will remove every other plank so we can see the framing,” he said. “Anything that is preservable on the original boat we will preserve.”

1 Response to Don ‘The Juan’ Roscoe