Anatomy of a Rogue Wave 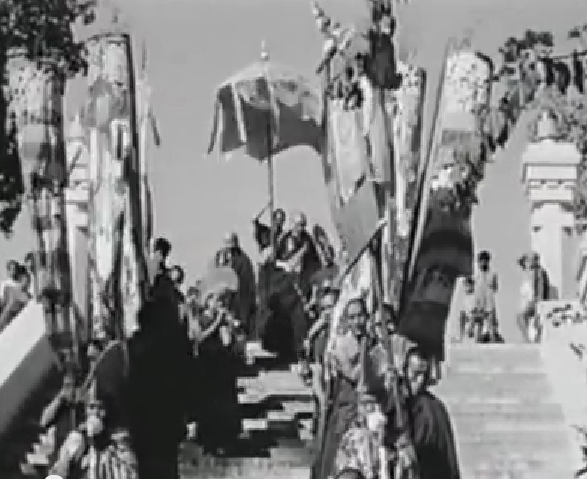 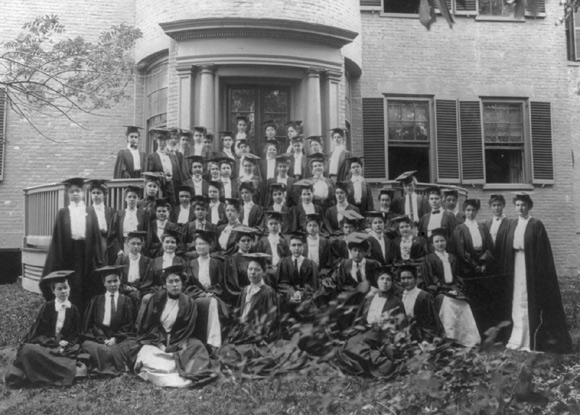 Irene Westhaven raised eyebrows when she told her friends at college she was kin to Benjamin Franklin, who had come to Connecticut to put together the First Congress. What she did not dare tell them, was, she was heir to the Dharma-Shave company, and was worth seventeen million dollars. To be this rich, and that beautiful, would render her the campus monster, a hunchback. In order to keep her mouth shut, she began to memorize poems – many poem! If they knew she was the smartest woman to ever attend Radcliffe, they would crucify her!

Growing up on a farm in Watsonville, ‘The Artichoke Capital of the World’ she was rendered an orphan when a dust-cropping plane came hurtling out of the sky like a giant comet, and slammed into the Westhaven home. Irene was away visiting her grandmother in Carmel.

Dorothy Witherspoon was an old Beat Poet who talked George Sterling out of committing suicide on several occasions. Alas, she gave up. For decades she endured the title fellow writers lay on her….’Black Widow’. Even though she was a lesbian, the rumors she broke George’s heart, would not desist. How a lesbian could be a grandmother, was the town puzzle. The ancient authors who wrote books on Communism and Socialism, who clung to life in their quaint little writer’s bungalows, felt vindicated. They now spread a rumor Dorothy was a witch who caused that bi-plane to catch fire.

“She was driven by a well-deserved loneliness. She put a hex on that pilot.”

Benjamin went to Harvard. Like his father before him Ben’s father was a cooper. They made the best oak barrels on the East Coast. They had one rival, the California Barrel Company in San Francisco. It was expected of Ben to go to college and come up with a better barrel – and destroy the family rival. He didn’t want to argue with his ancestors, because after three hundred years there wasn’t much room for improvement.

Ben began to feel like a unnecessary appendage, a gimpy arm that would soon wither and fall off. The Westhavens began to consider him a parasite going along for a free ride – that they enjoyed for generations. Not one of the established Westhavens had improved the family product. How what Westhavens are chosen to receive family money, remains one of the world’s foremost secrets.

“I wish I knew!” Ben told his levitating lover whose family owned Lima Bean fields in Oxnard. “I would can it and sell it!”

Ben dropped out in his second year and announced he was going to spend the family grubstake on a trip to Tibet. He had met a girl from California that had become a Buddhist. She claimed she had learned her outstanding love-making techniques from a Englishman in Nepal who got her hooked, then un-hooked, from Opium. She claimed they levitated when they expericenced a mutual orgasm.

The first thing Ben saw when he entered the monestary, was ten boys getting their head shaved. He was transfixed. The monks did not use a lathering brush, or amy lubricant, yet the hair came off like fresh fallen show. Pretending to go through an initiation, Ben alas asked the question he longed to ask;

“Who makes your razors?”

Ben was taken to the head monk who took him deep into the mountain where a forge was glowing red like the eyes of a dragon. Here he was shown the prototype, an ancient razor with an ivory handle whereon was carved a dragon.

“This razor once belonged to ancient Scythian traders who brought it out of India. We were shown how to forge the metal, but, the trick is in how to sharpen it. Ben was taken to a whetstone that never stopped turning. Monks with one large arm cranked the stone as they chanted. When the razor was judged sharp enough, it was taken to a murky pool where swam blind Coy fish. The master monk ran the edge through the heart of a dead hog, then dipped the razor in the water. Ben let out a strange sound as he saw the fish sucking on the blade.

“They have very tiny teeth that puts on the final edge.”

Ben’s mind reeled. He was in that certain light. He heard deep chanting.

The first thought was, how much do these fish cost, and could he get them to the States on board the ocean liner. He then set up his camera, and took photographs.

“I want to make these razors in America. Do I own your permission?”

“Of course, it is the Buddhist way to be generous. But, your will need a ancient whetstone and master turners. If they turn to fast, or turn too slow, you will cut into the scalp of the initiate. If sharpened correctly, one need never sharpen them again. For this reason, they will cost you a pretty penny. Is that how you say it?’

“I’ll just take some of the fish! You can keep your Turners.”

On the voyage home Ben worked on his master plan. He was proud of himself to realize in an instant that if he replicated the Tibetan Dragon Razors, and sold them, then he would be out of business. He wanted to make a killing, which meant the average male would buy ten inferior Dragon razors in his lifetime. Then, out of the blue, popped this idea; one would mail their dull razors to THE DHARMA-RAZOR COMPANY where it will be specially re-sharpened by Master Turners form Tibet, and the sacred blind Coy fish.  There will be pictures of these monks on the box.  Most American men had become seriously attached to their Dragon blades, even considered them members of the family. This annual re-honing of the sacred blade costs a little less than buying a new razor, which is what they will get back in the mail, because – this is cost-affective.

Inside the box, is a tiny scroll bound by a red silk ribbon. Ben’s silent Tibetan partner spent most of his day authoring wise sayings which a machine stamped out. Customers loved this ‘Touch of the Orient’ and were on their phones exchanging wise sayings. Then, one day, a farmer without a phone, rendered his pearl of wisdom on five signs, then, stuck them in the ground next to the highway that ran past his farm.

The rest is history. A steady stream of yellow school buses drive up to the Dharma-Shave plant every day, and out pour the latest brood of suckers, they squealing with delight to see the blind sucking Coy fish put on the final edge of the razors that are dunked over an over again – just for show!  Then, here come Buddhist Turner monks dressed in orange robes, to hand the children a sucker. The sleeve on their developed arm is pinned up, and the kids take turns feeling their muscles. Then, in awe, they touch the dragon tattoo.

All the Sacred Turners are secretly bussed in from New York’s Chinatown, and given a fifty pound dumbbell.

Not one male, or female, who got a sucker, ever bought any razor that did not have the plastic dragon handle. Ben, had reinvented the barrel. For stepping out of line, all the Westhavens disowned him but his brother, Charlie, the father of Irene Westhaven, who some say was the most beautiful woman in the world. But, now she is dead, killed by a rogue wave.

OF TOIL AND SIN

BUT NOT YOUR CHIN 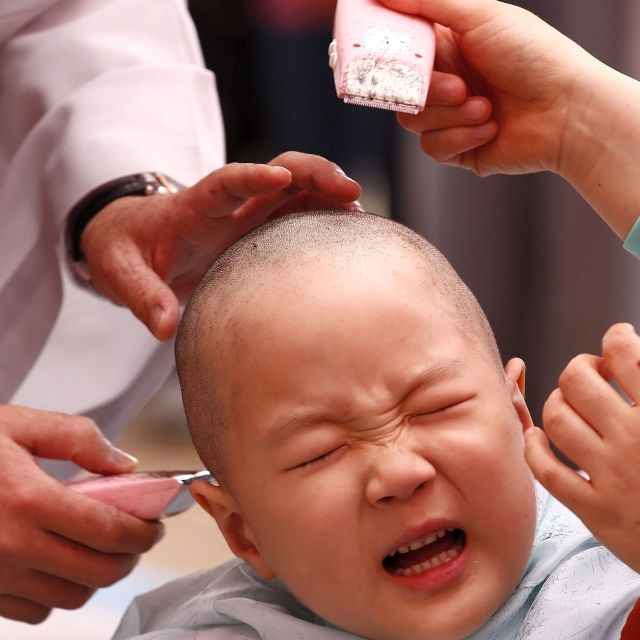 Dharma is a word without direct translation, but implies ‘religion,’ ‘duty,’ and ‘righteousness.’ It derives from a Sanskrit root word meaning to uphold or sustain. The concept behind Dharma is anything that upholds or sustains a positive order. For example, an individual, a family, a community, a nation, and the universe all help uphold order.

A-Dharma is the opposite of dharma; it is the failure of the individuals in the system to maintain the system. The children do not grow up, the police do not protect, the educators do not teach. If there is too much a-dharma then the entire system breaks down, and families, communities, nations, even societies break down.

I have been wanting to start this thread for a while. Although I am primarily interested in seeing what some of our other members know about this topic, some of you may find this information interesting. I’m a scholar of Buddhist history and I thought I would share a little information on Buddhist head shaving for those who are interested. As with most things related to Buddhism, the following statements apply to MOST ordained Buddhists, but not all of them.

Do monastics have to shave their heads? According to the traditional Buddhist Vinaya (the written rules of conduct said to date to the time of the Buddha to which Buddhist monks and nuns are expected to adhere), monastics are supposed to shave their heads either once every two months, or whenever their hair gets to be longer than two fingers’ length. In practice, Buddhist monastics in most countries shave more often.

What do they use? Again, the Vinaya stipulates the eight possessions that monastics are allowed to own. In East Asia, this rule was rarely adhered to literally, but in South and Southeast Asia they still take this rule very seriously. These eight items are: one each of three types of robes, a waistband, an alms bowl, a sewing needle and thread, a water filter, and a razor. Modern commentaries say this last item allows monks to use safety razors, or to keep the necessary items related to keeping a straight razor, meaning a whetstone, razor case, and a strop). For example, see: Buddhist Monastic Code II: Chapter 1

From what I’ve seen, it looks like a lot of monastics today shave with DE or other disposable razors. I recall seeing some really cool old Buddhist razors at the main museum in Bangkok that where similar in many ways to the straights we use now. Many Thai monks today use DE razors. Here’s an example:Hair-Shaving Ceremony – Thailand Life

Of the monks I knew in Korea, most used Mach 3 or other multi-blade razors. This of course doesn’t mean that others still don’t use some serious blades. Check out these pictures of a traditional-style Korean ordination, in which the woman’s hair is shaved with a blade the size of a meat cleaver. Granted, these pictures were from a movie, but I don’t doubt that some hardcore monks and nuns still shave with this kind of implement.
Aje Aje Bara Aje

I’ve seen a few examples of monks and nuns who shave their heads with straight razors. Does anyone have any experiences seeing or learning about the ways that Buddhist monks and nuns shave today? I know there are members here from all over the world and I am really curious to read about what you have heard and seen.

1 Response to Anatomy of a Rogue Wave