Here is the testimony of Steven Silverstein who met and worked for the real Sarah Moon. Marilyn Reed was a friend of the Silverstein family and posed for a photographic shoot on Malibu Beach, where Steven honed his skills that would make him world famous. I did a painting from this image and gave it to my childhood sweetheart.

“I was broke when I returned but a month later got a call from Sarah Moon whom I had met while in Paris. She asked if I would help her crew with a production in Los Angeles. With the money I made, I bought a new 35mm Nikon and launched the testing I hoped would take me back to Paris. I worked hard at it, working twice a month with two models, Amy and Pam. To support myself I took a job as a waiter but was so bad at it I only lasted a week! As luck would have it, the very day I was fired, I got a call from Warner Bros. Records to do an album cover. I started picking up freelance jobs with more record labels and magazines – A&M Records, Capitol, Playboy and others.”

Here is the real SaraH Moon with the H put back in her name.

Last night I discovered Steven has become an artist. His art resembles the work I did inspired by Stefan Eins. I am going to e-mail Eins – of FasHion Moda – this post and have him go to the June Bateman Gallery in New York.

I suspect Red Baron publishing was founded by Ira Cohen who owned Ira Roberts Gallery. I believe 1979 was the year Christine went with Circle Gallery, and did very well. Was Ira jealous? Did he want revenge? After all, he claims he developed her style. Rosemary told me Ira wanted me in his stable of artists, before Christine sued him. Marilyn did take some of my work to his gallery, but, they were not what he was looking for. He wanted Fashion Portraits, like Christine and Sara Moon were cranking out.

So…..will the real Sara Moon, and Christine Rosamond…..please stand up!

Here is a photo of Rosemary with her doves. Throw some roses around her and you got the faux Sara Moon. The name – works! From Rosemary was born a world famous artist like Leonardo Da Vinci, and a pre-Brown solver of mysteries, as my letter to Lillian proves. But, here is the clincher.  Belle’s parents conducted Labyrinth rituals that are linked to the name Rosamond, thus the Legend of Fair Rosamond, who was the subject of several Pre-Raphaelite portraits, that can be linked to Grail Lore. Fair Rosamond has been making a fashion statement for hundreds of years. She is the archetype lineage of beautiful women, who suggest they have good genes. No one can handle a Ugly Jesus! Why? Because, he’s like a Muse – and the Republican party has got him.

The well-to-do Republican hands his wife a Gold Card and a pic of the blue-eye Chefon Jesus and bids her to go shopping. Gone is the wealthy Catholic feeling of worshipping Mary ‘Rose of the World’ Queen of Heaven with crescent moon. 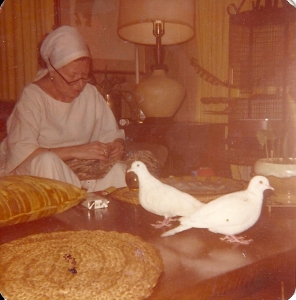 My plan was to have Belle Burch come to my home where several empty canvases await. But, on the way here a wicked witch and demonic fairy, captured her, put her under her spell, and she fell asleep! Right on que! Now there grow a mountain of thorns and roses, maintained by the Rose Baron.

Let us not forget about Marilyn, who makes a living sewing, and went to Paris to learn how to be a fashion designer. Rosemary wanted to be my muse, but, Marilyn would no let that happen. Why do artists and writers capture beautiful women and shut them away in a tower and labyrinth? Is it so their mothers can’t get at them?

Hey! Where did Leonardo go? M – for Mother! We all got one!

Red Baron Art Publishing, Inc. filed as an Articles of Incorporation in the State of California and is no longer active. This corporate entity was filed approximately thirty-six years ago on Tuesday, May 1, 1979 , according to public records filed with California Secretary of State.

THE story of “Fair Rosamond” and her mazy Bower, though it cannot lay claim to that standard of authenticity which is generally required of historical data, has for so long occupied an honoured position in the realm of popular romance that, in a book professing to treat of mazes from a broad point of view, we cannot dismiss it quite as briefly as we might perhaps do in a book on English history. 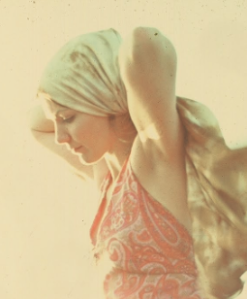 Steven SILVERSTEIN has gained a significant reputation photographing fashion and beauty for over thirty years and began shooting abstract fine art in 2013. Known throughout his career for conceptual work, lighting and a graphic simplicity that allow for an instant read, his images – whether fashion or fine art – often draw the viewer in for a closer look.
Born in Los Angeles, SILVERSTEIN began his accomplished fashion photography career with help from photographer Sarah Moon and her husband, publisher Robert Delpire, who introduced his work to Peter Knapp, the legendary art director at French Elle in the 1970s. Based primarily in Paris, he went on to work with other major fashion magazines, advertisers and designers. In addition to shooting portraits of Catherine Deneuve, Carol Bouquet, Charlotte Rampling, Isabelle Adjani, Thierry Mugler, Christian Lacroix and many other luminaries, he has created over 50 covers and nearly a thousand editorial fashion pages for international publications such as Elle, Vogue, Marie Claire and Harper’s Bazaar.
SILVERSTEIN has also shot campaigns for some of the most prominent brands in the world including Yves St. Laurent, Givenchy, Ungaro, Carolina Herrera, Helena Rubenstein, Lancome, L’Oreal, among many others. His fashion photography has been in group exhibitions including Living the Bon Chic Life (BCBG) in Los Angeles (2014) and Moda in Italia, 150 Anni Di Eleganza (Vogue Italia) at the Venaria Reale in Turin, Italy (exhibition catalog, 2011), as well as published in numerous books including Elle Mode: 600 covers de 1945 à nos jours (Lagardère/Glénat, 2011), Style Elle: Nos Années 80 (Filipacchi, 2003) and Style Elle: Nos Années 70 (Filipacchi, 2002). One of his portraits was chosen in the top 200 from 200,000 images in People Magazine’s history for People: Favorite Pictures (Time Inc., 2000). In addition, SILVERSTEIN has been featured in NPA Pro Spotlight video (2011), Nikon World Magazine (2009) and PhotoArt – Hong Kong (1985), as well as garnering press in other art, design and mainstream media outlets.