“Why did you take my wife?” 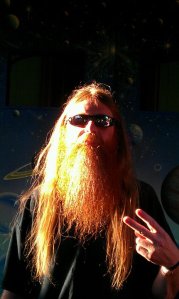 Jules Siegel entertains a theory about “The urge to confess” which is the core of my unfinished novel ‘The Gideon Computer’. He suggests Timothy Leary might have been CIA.

The last Hippie is captured when upon beholding the Gideon Computer by his bed in his favorite flop-house hotel – instead of the Gideon Bible – he could not resist the come-on he read;

“Talk to me Pilgrim.”

Come dawn, after he has written ‘The Gideon Computer’ he is arrested after confessing he killed a man in Utah that had given him a ride while hitchhiking.

As I write, it occurs to me I might have sublimaly borrowed Vonnegut’s Billy Pilgrim. My hero’s name is Berkeley Bill Bolagard.

Jules Siegel wrote “Who is Thomas Pynchon . . . and why did he take off with my Wife?” for Playboy. (March 1977) Jules says his wife did not take off, this title suggested by Playboy that took off when it published pin-ups of Marilyn Monroe who Tom mentions. As a writer, Jules fails to grasp the truth WRITERS are the CONFESSORS. So is my ex-wife, Mary Ann Tharaldsen who tells a writer her ancient secrets about Pynchon. This bids me, and Mary Ann’s other ex-husband to ask;

“Why did you take my wife to Mexico and blow her mind? You ruined her for me.”

Jules made the mistake of showing his wife Tom’s letters, that she understood were addressed to the subconscious libido most folks were forced to share with Marilyn Monroe, including the President of the United States, and his brother.

How many wives has Tom slept with? Is he the proverbial ‘Back-door Man’? Is this why he keeps his mouth shut lest he get on a roll?

He had decided long ago that no Situation had any objective reality: it only existed in the minds of those who happened to be in on it at any specific moment. Since these several minds tended to form a sum total or complex more mongrel than homogeneous, The Situation must necessarily appear to a single observer much like a diagram in four dimensions to an eye conditioned to seeing the world in only three. Hence the success or failure of any diplomatic issue must vary directly with the degree of rapport achieved by the team confronting it. This had led to the near obsession with teamwork which had inspired his colleagues to dub him Soft-show Sydney, on the assumption that he was at his best working in front of a chorus line.

But it was a neat theory, and he was in love with it.The only consolation he drew from the present chaos was that his theory managed to explain it.

I moved this part of the article, edited in by Jules Siegel to this talk page:
Siegel has denied that the article constitutes some form of “revenge” on his part.Siegel comments, “Some corrections: I never said that the dental work was to improve his appearance. The issue of “revenge” is ridiculous and more than a little insulting. In the first place, there was no reason for it, as I got the girl. Chrissie never ran off with him. That was just a stupid title that Playboy thought would appeal to the masses. They had a brief (although very intense) affair, not uncommon at the time (or any time, human nature being what it is). She and I got over it very quickly and we had a child together and lived together for another six years. We broke up for reasons that had nothing to do with him. More importantly, as I said in the article (which is really very affectionate, and not at all hostile), Chrissie and I were firm believers in one of the most hallowed ethical concepts of our time: people are not property. My previous comments about this were removed by someone. If these are now removed I will make a complaint to the moderators and ask that the article be locked. Is that clear?”

I noticed you are a contributor here now Mr. Siegel, thanks for joining in, we dig your stay. Please create an account for yourself too so we know when you’re editing us. I took out the fact you pointed out as incorrect, that’s the way we commonly do it here. The non-issue regarding your article in Playboy is better off here at the talk page, since Wikipedia strives to contain only valid and verified facts, not discussions of said facts as such, that is what the talk page is indeed for.

Thanks for popping in and hope you will keep editing us, please add in more things to this and other articles where you have superior information on Tom. Nixdorf 20:50, August 28, 2005 (UTC)

“Chrissie and I were firm believers in one of the most hallowed ethical concepts of our time: people are not property.” Hey, Jules, I just wanted to thank your generation for finally repudiating slavery! Heh, thankfully it was repudiated long before his generation. But he didn’t mean slavery per se, as is clear from the context. 🙂 Zafiroblue05 03:12, 21 December 2005 (UTC) I recognize that quite well, but to me it’s a little tiring how people of “their” generation seem to have a self-righteous attitude about the world. I find it snobbish and rife with opportunity for sarcasm and satire. Hmmm, I know what you mean. But then again, I find that a lot of people are snobbish and self-righteous. The “greatest generation,” for example… *shrug* Zafiroblue05 21:09, 22

When Marilyn Monroe got out of the game, I wrote something like, “Southern California’s special horror notwithstanding, if the world offered nothing, nowhere to support or make bearable whatever her private grief was, then it is that world, and not she, that is at fault.”
I wrote that in the first few shook-up minutes after hearing the bulletin sandwiched in between Don and Phil Everly and surrounded by all manner of whoops and whistles coming out of an audio signal generator, like you are apt to hear on the provincial radio these days. But I don’t think I’d take those words back.

Our souls it leaves to whatever obsolescences, bigotries, theories of education workable and un, parental wisdom or lack of it, happen to get in its more or less Brownian (your phrase) pilgrimage between the cord-cutting ceremony and the time they slide you down the chute into the oven, while the guy on the Wurlitzer plays Aba Daba Honeymoon because you had once told somebody it was the nadir of all American expression; only they didn’t know what nadir meant but it must be good because of the vehemence with which you expressed yourself. Letter to Jules Siegel, published in Cavalier magazine (August 1965); republished in “Pynchon notes 15” and “”The World is at Fault” at pynchonwiki.com
December 2005 (UTC)

1 Response to “Why did you take my wife?”