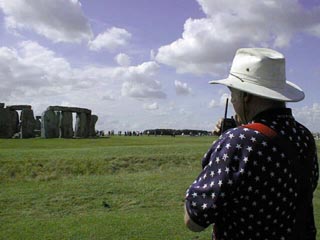 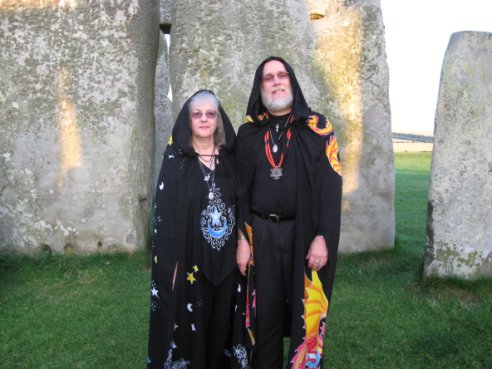 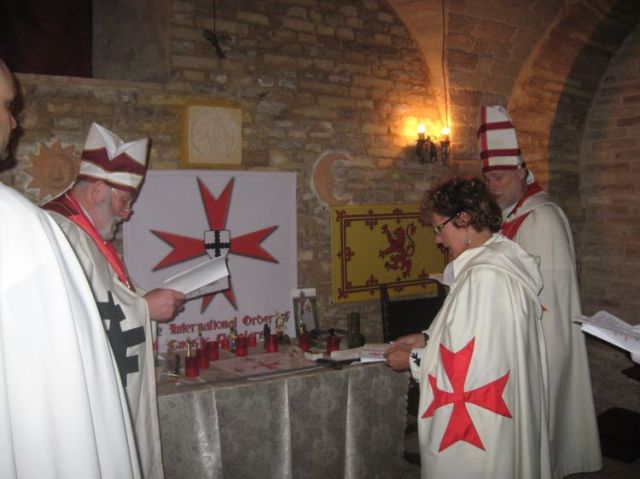 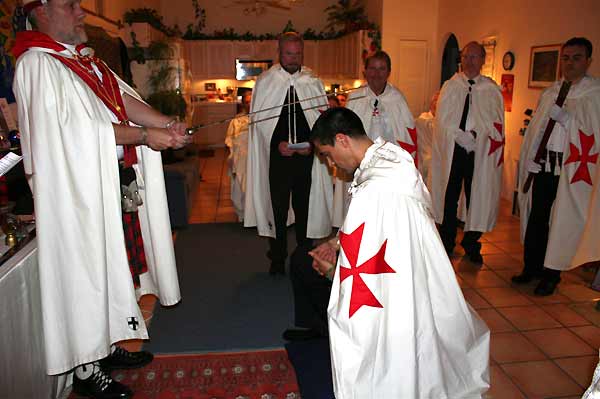 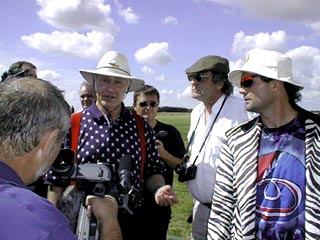 I am trying to determine how old the Jesus in Cornwall Legend is. I suggested to Virginia Hambley that she get a DNA test going to see if she is kin to the Phoenicians. We do not have to prove the Hambleys of Cornwall are kin to Joseph of Arimathea, Jesus, and Knight Templars, because there is a established legend that will not go away. Not like certain Sinclairs, Virginia has nothing to prove, and would not be self-serving in the gathering of evidence. Her first name alone involves her in the Santa Claus legend, and thus, her plate is full. Santa is here to stay! However, this may not be the case of the Sinclair Legends that have been evicted from THE TOWER by the Merry pranksters, no less.

Here is a Sinclair Myth Buster site that gives DNA results proving six self-serving Sinclairs are not related to one another, and the real Sinclairs. It looks like all the wheels came off the Rosy Sinclair Bus, because, the ancient Sinclairs helped persecute the real Knight Templars, some who held the place-name de Rougemont.

In 1987 I was invited to get on The Bus with Keny Kesey and ride round Eugene Oregon in the Eugene Celebration.

CLAN SINCLAIR DNA
Sinclair DNA MythBusters..shows it the way it is

Below are 6 people who are all involved with the Sinclair Clan and or the Sinclair DNA research. Please note that the DNA of these 6 men do not match one another,other than a few in the same haplogroup but the markers are way off from each other. Not one is related to any of the others, SO just WHO in this lot is a Sinclair of the Sinclair Family of Roslin,Caithness,and Orkney…….Let me tell you….NOT ANY of them !!!!!

According to tradition, William St Clair, (William Sinclair) 3rd Earl of Orkney, Baron of Roslin and 1st Earl of Caithness built Rosslyn Chapel. A later William Sinclair of Roslin became the first Grand Master of the Grand Lodge of Scotland.[3] The St Clair, later Sinclair, Earls of Rosslyn or Roslin have also been connected to Templarism in Scotland, but Mark Oxbrow and Ian Robertson in their recent book, ‘Rosslyn and the Grail’,[4] note that the St Clair of Rosslyn testified against the Templars at their trial in Edinburgh in 1309. Dr. Louise Yeoman points out that the Rosslyn/Knights Templar connection is false, having been invented by 18th century fiction-writers, and that Rosslyn Chapel was built by William Sinclair so that Mass could be said for the souls of his family.[5] In Michael T.R.B Turnbull’s book Rosslyn Chapel Revealed he states that “Eighteen years after the suppression of the Order, Sir William Sainteclaire, in the role of a Crusader(not Templar), made a brave and honourable bid to fulfil the wishes of his late monarch, King Robert The Bruce”.[6] He then explains that he and his wife Lady Margaret Ramsay of Dalhousie produced a son (also Sir William)to succeed him as the 8th Baron of Rosslyn. Turnbull States that “His father could never have been a Knight Templar, as his wealth and marriage would have broken two of the three Templar vows — Poverty and chastity”.[6]

Posted by claymore at 21:59 No comments: Email ThisBlogThis!Share to TwitterShare to Facebook
Sunday, 30 September 2012SINCLAIR DNA of CAITHNESS CONFIRMED
DNA Results for our Newest Testee
Testing has been completed on our newest participant John Thurso ( Sinclair ) 3rd Viscount Thurso of Ulbster in the county of Caithness Scotland
http…

Mr. Thurso’s markers match the large Sinclair dna tested group from Caithness,Orkney ,and Shetland that was refered to as lineage #4

A note follows from Dr James Wilson a Genetic researcher and a founding member of Scotlands DNA
http://www.scotlandsdna.com/about.html

“Sinclair genetic genealogists tend to use 390=24 vs 390=23 as shorthand for at least ten to twenty other markers which differ between one group of Sinclair Y chromosomes (S21+/U106+) and another. These differ by many SNPs as well as the STR markers. John Thurso belongs to the S21+ lineage, specifically to the Z346+/S512+, Z343-/S387- subgroup, which also includes many of you with DYS390=23, however his DYS390 happens to have backmutated to 24.

Given that studies by Dr Jim Wilson show that 10 of 14 Sinclairs from Orkney who are unrelated to fifth cousin or beyond, that is 71%, are also in the S21+ group and those that have been tested further also match John Thurso, who is a scion of the Caithness Earldom line, we can now say we have identified the Y chromosome of the Sinclair Earls of Orkney and Caithness.

There are some other S21+ Sinclair lineages not in the Z346 subgroup, but it seems that the ancestors of Sinclairs in these groups, along with the S145/L21 and other lineages must have adopted the surname at some point in the past and do not descend in the male line from the Earldom lineage.

Sequencing by Jim Wilson has discovered a number of novel recent Y chromosome SNPs which we hope will help to identify branches within the Earldom genealogy.”

So this now proves the DNA of the Sinclair family that traces back to the Sinclairs of Rosslyn, with the famous Rosslyn Chapel in Roslin Scotland.
http://web.undiscoveredscotland.com/roslin/rosslynchapel/

Many thanks to the research team that put all this together,and special thanks to Dr. Wilson, Mr John Thurso for stepping up and testing for us, and Shawn Sinclair for having the nerve to ask Mr Thurso to do the test, and getting that done and reported on.

My own DNA markers here,that are very close to the testee and prove we share a common ancestor.

Thanks All Rob Sinclair
Posted by claymore at 08:25 No comments: Email ThisBlogThis!Share to TwitterShare to Facebook
Thursday, 28 June 2012StClair Sinclair DNA Research
SORRY LITTLE MAN STEVE StCLAIR
Seems Steve StClair , the loud mouth from StClair/Sinclair DNA Research Group has run out of DNA research and has comitted his time to trashing myself and others on the internet. Its a sad thing to see a grown man/child turn to such lowlife ways,simply because he has been thrown out of the Sinclair family tree and landed on his head. I know it must hurt to find out the truth regarding your own DNA Steve StClair but it is what it is. As you have said yourself Steve DNA does not LIE, and it clearly tells the truth with your own DNA markers and that is that YOU are NOT in any way related to the Sinclair/StClair NOBLE family line of Scotland. TOO much SCOTCH does not make you a SCOTT,it only encourages you to post your rediculouse blogs….lay of the booze. The research of the Alexander SinKler/StClair line of Virginia has run into a BRICK WALL and they are stuck in America and do NOT trace back to Scotland in any way. I firmly believe this line took the name SINKLER|/StClair in America….now please move on with your miserable little life Steve and leave real research to real Sinclairs……
Posted by claymore at 05:59 No comments: Email ThisBlogThis!Share to TwitterShare to Facebook
Saturday, 5 May 2012Using DNA to Grow Your Family Tree
http://www.genealogybeginner.com/dna-grow-family-tree-guest-blog
Posted by claymore at 11:29 No comments: Email ThisBlogThis!Share to TwitterShare to Facebook
Sunday, 8 April 2012S|INCLAIR DNA MythBusters Facebook
See us on Facebook

Author and Documentary maker Ronald Rayner is the world’s leading authority on the history of the travels in Glastonbury, and Cornwall, England, of the Prophet Jesus, and His Great Uncle, Joseph of Arimathea. Ronald Rayner recounts the story from his own books, about the Discovery of the Jesus Scroll, by his ancestor, Crusader Knight ‘Rayner the Fleming’. Crusader Knight, Rayner the Fleming, discovered the Jesus Scroll whilst building what are known as the Crusader Steps down from street level to the area of the Tomb of Holy Mary, in Jerusalem. Rayner the Fleming decided to make a gift of the scroll to England’s King Stephen. However, the King could only read and understand Norman French. Fellow Knights offered to carry the scroll to the only place in the world known to translate Middle East languages to Norman French, and that was the Monastery of Kiev, Ukraine. Ancestors of many Knights were descended from the Vikings who settled in both Kiev, and Novgorod, Ukraine. Knights were happy to enjoy an opportunity to return to their roots, where they knew they were assured of a warm welcome. Plus a handsome reward when they returned with the translation of the rare scroll to King Stephen in England. After receiving and reading the translation of the Jesus scroll from the Knights, the King passed the Scroll onto the care of Roger Clinton; a special gift, to celebrate Roger Clintons Consecration into the position of Bishop of Coventry, in 1127. Joseph of Arimathea was a Master Mariner whose ships traded with all the busy Ports around the Mediterranean Sea, where Joseph was known as the Tin Man. His dominant position trading, and bartering ingots of tin transported from his smelters in the West of England, in exchange for all manner of luxury goods; gold grain, incense, silks, beaten silver, and much more, made Joseph rich and very popular. Joseph took Jesus, and his own son Adnam Josephus, around the same age of Jesus, to Glastonbury to benefit from the Druid education there, and to keep the boys safe from the Roman terror that would slaughter women and children indiscriminately. It was during the return journey that the secret knowledge passed to Joseph, by Jesus, that set Joseph on a course planning the missions on which the Disciples were sent after the Rapture. Joseph of Arimathea, Mary Magdalene together with other Disciples fled Judea, Mary to France, Joseph to Glastonbury in A.D. 38 where, together with the Disciples that travelled with him, they built the first Christian Church outside Jerusalem, at Glastonbury, where Joseph owned land. Joseph dies in A.D. 81, and the Church he built survived at Glastonbury until it was destroyed by fire in the year 1184.

The media was in full swing to greet Kesey and the Pranksters as they arrived at Stonhenge. There were a handful of newspaper journalists and photographers, as well as a BBC film crew competing with their rival Channel Four film crew.
Kesey waxed philosophical about the origins of the stones, and agreed that there could be some extra-terrestrial influence in their construction. On the drive to Stonhenge, Kesey and the bus witnessed some strange spherical crop circles in the surrounding fields. Most of the circles appeared lopsided and asymetrical.
Kesey suggested that these crop circles were created by “sleepwalking aliens.”
“This only happens once every 1000 years,” Kesey said about the magic bus Further being amongst these ancient mystical stones. Using a handheld radio, Kesey communicated with Babbs who was on the bus parked in an adjacent farm field a half-mile away.
As Kesey gave the word, the bus moved down the road. From the vantage point of the stones, the bus could be seen moving in the distance. The sun gleamed off its multi-colored roof, and gleamed through the gaps of the ancient monument as though it were a giant stone prism.