Murder of a Black Muralist

Jeff Holiday threatened me last night. He said he was very mad at me, and wanted to come see me and give me a scolding. He does not get it. I offered Belle – the world – not to get into her pants, but because she qualifies to be in a Great Story. It is my age that freaks him out. He thinks this old man is trying to put his old penis in a young woman, and he is compelled to prevent this – and wipe out all my vivacious thoughts in some kind of Public Shaming. He does not carry a badge.

Members of SLEEPS defiled the statue of Ken Kesey and tried to take over Kesey Square and run a fraudulent art scene -for the homeless. They think being for the homeless gives them a right to kill. I told them – it does not! They got furious! They used sexy and beautiful Belle to get money – for their cause! They are the mirror image of MADA and the other scumbags who attacked our elected officials. I take away their fake badges. They got no – PERMISSION!

When I refused to live by their lawless terms – they came after me. Alley Freak hated me being an Old Man taking back MY BOHEMIAN HERITAGE. She employed SEX BLACKMAIL to get her downtown back. I told her to go fuck herself – and she SHRIEKED like a Witch-Banshee!

I claimed THIS STORY – this history! I told them it is going in my autobiography ‘Capturing Beauty’ (Belle) I was accused of being a potential kidnapper of Belle. Again, these are nobody lowlife scumbags trying to make a name for themselves by drawing down on a Somebody!  I challenged Jeff to a boxing match after he suggested he would give me a beat-down. I suggest we put on gloves and charge admission, the purse going to feed the hungry of the Whitaker.

When I ran into Belle in Kesey Square, she was with the Whoville Bunch, and had  been been arrested for TRESPASS after refusing to leave the City Manager’s office. City Councilperson, to be, Semple was in that office, but – they had no room for her in the jail. I’m going downtown to look in the records to see if the Judge had put conditions on their release.  Jeff, and another creature, said I was deluded and dangerous because I tell folks I am connected to famous people. Here is Elizabeth Rosemond Taylor’s uncle with Eisenhower.

Zane Kesey was not happy to see the statue of his father taken hostage by the homeless and Alley and Belle’s fake art group. They slimed this statue, surrounded it with Pitbull’ and human excrement’. They hate history!

OUT WITH THE TRASH!

Take back our streets, our downtown, our governments – from Creepy Bully Nobodies!

I Am Custodian of Kesey Square | Rosamond Press

Dozens of people on a terrorist watch list were in Washington for pro-Trump events Jan. 6, a day that ended in a chaotic crime rampage when a violent mob stormed the U.S. Capitol, according to people familiar with evidence gathered in the FBI’s investigation.

In an affront to democracy, a mob of Trump supporters broke into the nation’s Capitol on Wednesday, occupying the building for several hours and then leaving behind shattered windows and vandalized offices (not to mention all the psychological and emotional damage inflicted on members of Congress, who were in the midst of certifying the election of Joe Biden, and the rest of a stunned nation).

Now, in the wake of this week’s events, curators for the Architect of the Capitol, the federal agency responsible for the building’s maintenance and preservation, are assessing just how much physical damage was done to this hallowed building and its priceless art.

A 19th-century marble bust of former president Zachary Taylor was smeared with a red liquid resembling blood. A framed photo of the Dalai Lama was stolen, while a scroll featuring Chinese characters was destroyed. Tear gas and pepper spray left residue on murals, statues, and benches. Outside, Frederick Law Olmsted light fixtures were broken and graffiti was found on the building near the inaugural stand, where Biden is set to take his oath of office in less than two weeks.

As these rioters stormed into the dome of the Capitol, waving their Confederate flags and brandishing sticks and bats, it was a miracle that the incredibly valuable pieces of art in the rotunda—the same place where, just a few months ago, the late Justice Ruth Bader Ginsburg became the first woman to lie in state—were left unscathed.

I was going to Oakland until I found a news article about the murder of my friend. Then I read about the death of a muralist. 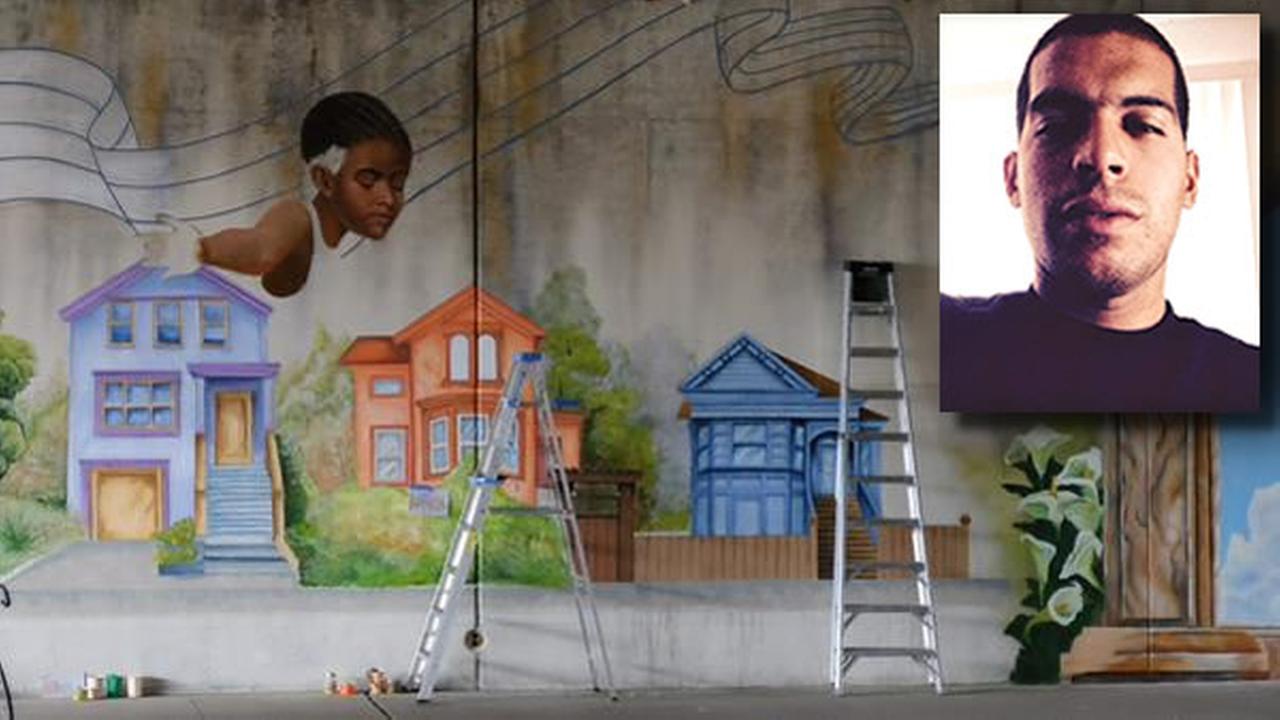 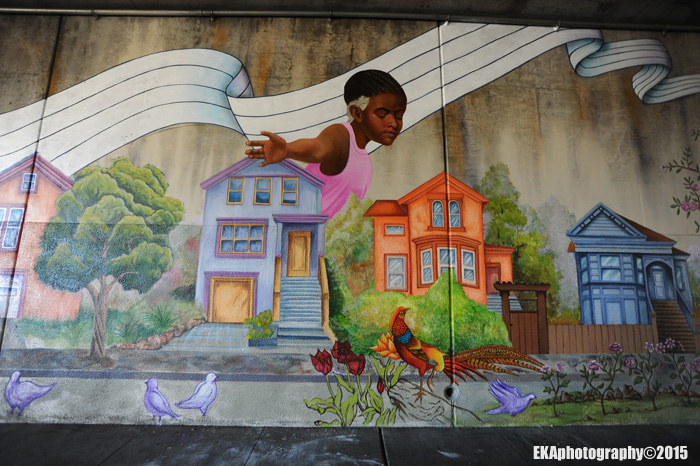 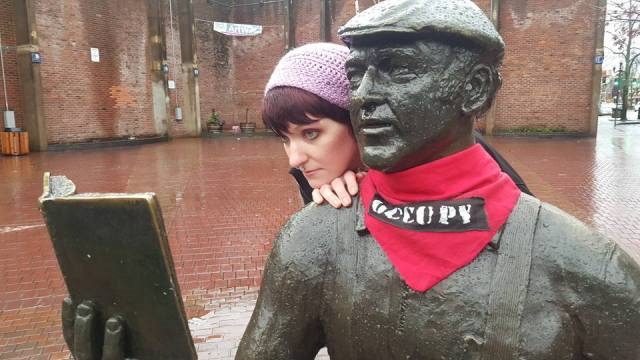 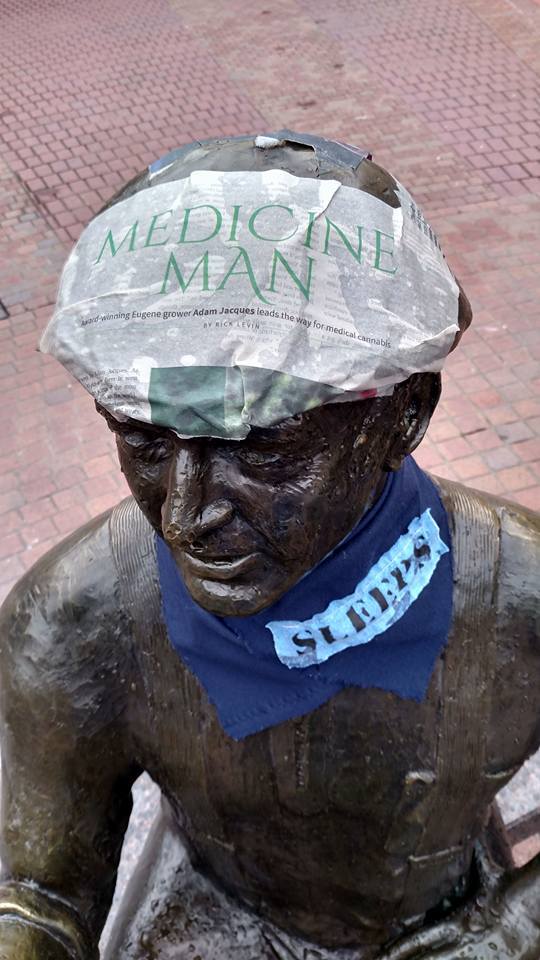 OAKLAND — A 20-year-old reputed street gang associate exploded in profanity during his arraignment on capital murder charges in an Oakland courtroom, where one of his supporters left chanting “wartime” and another shattered a glass display case with her fist.”

I’m supposed to be in Oakland right now. A black man was going to drive me around and show me some murals. One of them was the one began by Antonio Ramos. I was going to see a film about the first black people of Oakland. A couple of friends had bad feelings about my trip. I was going there dressed like this. If I stood before Ramos’ mural, I would…