Kim Hafner told our evangelical neighbors I kept saying “All Christians are Nazis!” while in her car. How many real lunatics read my posts – and act out? For six years I have been on top of THE STORY OF THE CENTURY!  I knew what was coming – and acted it out! Edgar Alan Poe backs me up with his ‘Masque of the Red death’. Look at the dude wearing the Joker mask. Is the Governor of Michigan being stalked – by masked lunatics? Are they making her feel – unsafe?

The Masque of the Red Death by Edgar Allan Poe

Fox News opinion hosts have spent the week attacking a host of governors who’ve issued strict stay home orders to contain the spread of the coronavirus and cheerleading those who are protesting the orders and violating social distancing policies.

On Friday, Fox News host Greg Gutfeld argued that Michigan Gov. Gretchen Whitmer had wrongly tarred protesters who’ve accused her of being a Nazi by pointing out that they carried signs with swastikas on them during protests in Lansing this week. Gutfeld denied that any of the protesters were Nazis.

Some of the protesters carried signs likening Whitmer to Nazi leader Adolf Hitler. Others waved Confederate flags, many were armed, and some held Trump 2020 signs. The symbol of the Confederacy, which fought to preserve slavery and white supremacy, is often carried and displayed by today’s white supremacists.

Whitmer condemned the protesters, many of whom didn’t wear masks or gloves when they gathered in close proximity to others outside the Capitol building and called the protest “political.” The governor didn’t say the protesters were themselves Nazis, but instead pointed out that some carried signs with swastikas on them.

“It was a definitely a political rally. I’ve not often seen a Confederate flag at the state capitol — and there were a few of them. There was someone who had signs that had a swastika on it,” Whitmer said at a Wednesday news conference. “When people are flying the Confederate flag and untold numbers who gassed up on the way here or grabbed a bite on the way home — we know that this rally endangered people.”

Red Dawn of the Rouge Death 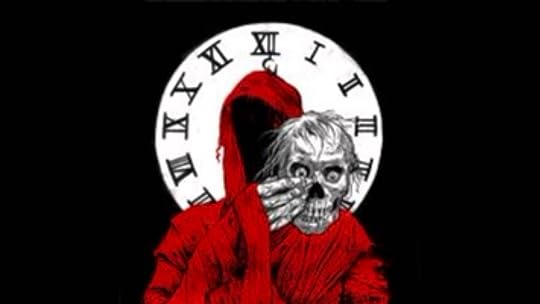 The Masque of the Red Death by Edgar Allan Poe

The Masque of the Red Death – Spencer Baum – Medium
medium.com 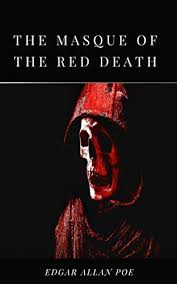 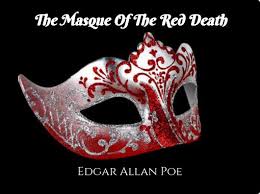 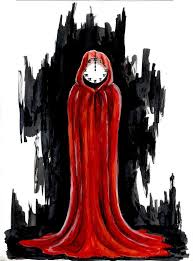 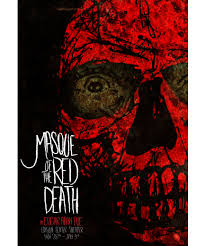 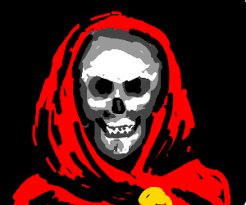 Let this be a game of beautiful landscapes! – Drawception
drawception.com 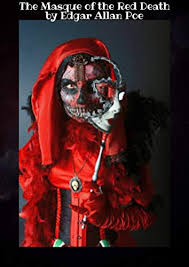 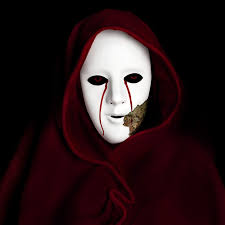 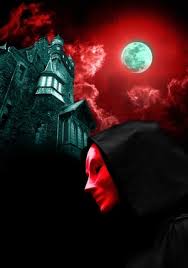 The Masque of the Red Death | The List
list.co.uk 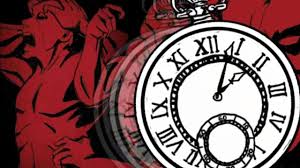 “Back in December, back before masks, and social distancing, and back before we all reeked of hand sanitizer and uncertainty, the Washington Post published a giant exclusive in which, through official government documents, the newspaper laid bare the lies and malfeasance behind America’s war in Afghanistan. At the time, it seemed as though this would be one of the biggest stories of the past five years. Instead, it disappeared from the national conversation even before the pandemic ate every news cycle. Meanwhile, the war ground on as American involvement gradually dissipated. So, while I hope that The New York Times’s massive “Red Dawn” reporting over this past weekend manages to have a shelf life beyond Monday’s Five O’Clock Follies, I’m not making book on that either way.

To recap, in what appears to be a general alarm within Camp Runamuck, the Times was gifted with a trove of e-mails that detailed extended e-conversations between infectious disease experts in and out of government that came to be called “Red Dawn” by the participants. Let us simply say that El Caudillo del Mar-a-Lago and his administration* do not come out of these conversations at all well.”

Red Dawn of the Rouge Death

On April 15, 2020, I awoke with a very powerful and more direct message from my Angel. She allowed me to hear the Voice of God more directly. I was told to stop all people from taking my healing energy, gather all that energy, and apply it to the World Healing you have been doing most of your life.

In 1991 I began my novel about John the Baptist being the husband of Mary Magdalene, who inherited his teaching that is hidden from us. Jesus was a disciple of John who was turned into an inaccessible   sky-god by Saul-Paul who hated Mary and the church she founded. Paul hunted down Mary and her church. In ‘The Lion of God’  Paul peruses John and Mary to the island of Cypress. We have no birth and death day for Mary who is replaced by Jesus’s mother in a fictional and usurping way. Did Mary give birth to John’s child, or, children? This question is born to my door when my sixteen year old daughter was revealed to me in 2000. I was not completely aware I had a child. Her mother is one of the thieves of God’s Healing that His female angel gave to me when I came back to life on a beach in California.

Five years ago I had a dream. I was in Rena Easton’s home in Montana. there were men in her living room talking about me. I assumed they read my blog and were real angry. Rena met me in her backyard, said goodbye, and gave me a kiss. When I awoke, I wondered if they were members of a militia that had ties to the church Rena went to. This dream led me to author ‘The Royal Janitor’. Rena’s boss became her bodyguard, Miriam Starfish Christling, who locked my Muse in the Tower of Clean in the Siberian wasteland that is Montana.  I found a photo of the “House of Clean”.

I suspect our President is taking a clue, or, is working with his Gun Men Miltitias to depict the Democrats as Socialist saboteurs, who are hell-bent to keep American shutdown so they will win the White House. Here is the High Noon showdown I saw……in my dreams!

I suspect Rena brought my letter to work to show her boss after telling her about it. She asked to read it. Did she fear she would lose her employee/slave for fifteen years, and thus pointed out things in my letter that might suggest I am a sexual deviant – after Rena’s body? If so, it is her boss that is after Rena’s body, mind, and soul.

Here is the story of Cinderella and Sleeping Beauty in Siberia. I was prepared to change the dreary life of a sixty year old woman that became afraid of men. Her boss knew this. She was jealous, because no knight in shining armor is coming her way. It had to be too good to be true.

‘The House of Mean & Clean’ is where once left-leaning women go to be brainwashed. Disguised as a battered women’s shelter, the inmates are given a mop and a pamphlet on the right-leaning Dead End Jesus, then put to work. Any attempt to contact liberal people on the outside, will be punished. Your mail will be examined. Any encoded mail will be scoured by the Thought Police. I have been accused of Crimethink.

So, there is Clean& Mean Rena, working away and reciting poetry. She thought she had someone who cared, who would love to hear her poems, but, her boss convinced her I was a another monster, like her father, like her last husband. Rena has been taken hostage, and is the model prisoner. This is how ‘Capturing Beauty’….ends!

“I have a million poems memorized. I can always gauge my highs and lows by my focus, and my desire and ability to recite them whilst vacuuming at work. My mind can roam free there, but I do get ever so tired, and bored, lonely as well.

I love my boss – Raelene. She is very professional, very tough, but ever so kind. I enjoy manual labor.”