Here is my friend Ed Howard. Please help him continue to be the Caretaker of Oakland’s  History.

Raising Money For a Cause I Care About

We are seeking your donations to help West Oakland Stories Positive Feeling Movement, Organization (WOSPFM) to achieve our goal of connecting the world through the stories and “NO NEGATIVE SPEAK” with each other motto that are shared by the elders of our communities. The WOSPFM community is very proud of this project and we are eager to see it succeed. You can be part of that excitement by supporting our elders with a donation. 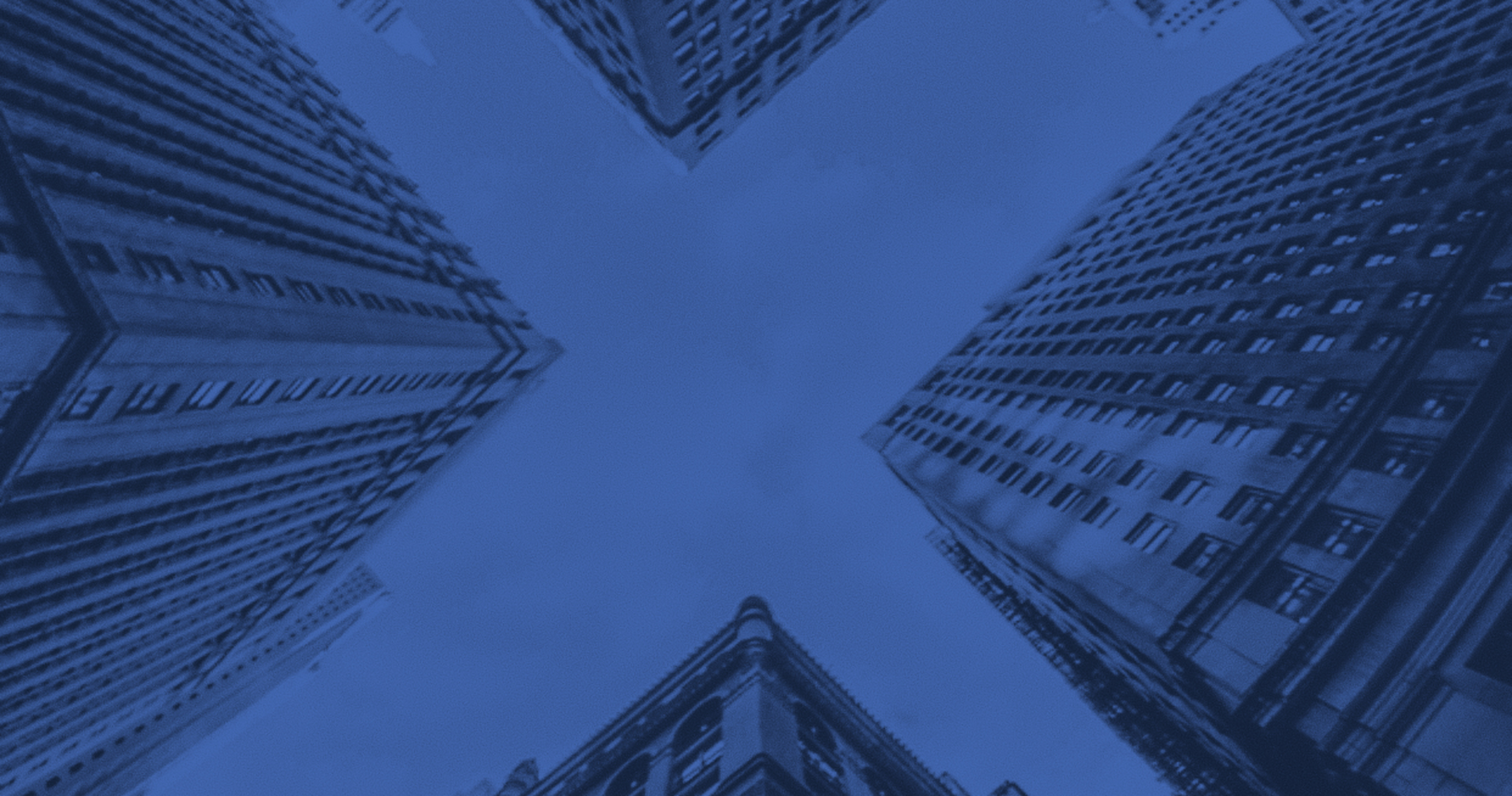 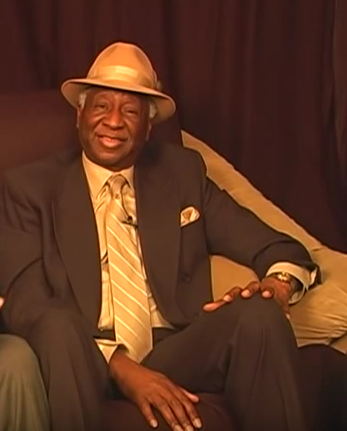 One of the biggest mistakes of my life was to not walk thru that tunnel to the Oakland Coliseum in 1961 to see Bobby Blue Bland. Bobby was my man. I had made plans to see Ed Howard’s film, but, I got stuck in the middle of ‘The Tunnel of Fear’ and had nothing nice to say about Oakland. I didn’t go. I and my friends feared for my life. I did not mean to tempt fate, but, there it was, lurking in the dark, waiting for me.

Ed said he snuck into the Oakland and Paramount theatres. Was it to see that strange introduction of the movie ‘House of Usher’? I believe Roger Coreman appeared on stage to warn us we might suffer heart attacks. They had a cable coming down from the balcony on which slid a skeleton. This film is of historic significance.

So, here is the Tunnel of Racial Fear. If a white boy went down in there, a black boy would cut you ear to ear with a razor. The whole design was a set-up. Blacks didn’t go down there unless they scare a white, who will freak out – and go crazy on them! After encircling the Oakland Coliseum with fast roads, they stuck that tunnel in so you could leave the beautiful safe shore of Lake Merritt, and go to thy doom. Of course me and my best friend, Bill Arnold, found many good reasons to go down in that tunnel – late at night.

“As artists, we are obligated to go where normal people fear to go!”

And, there it is, the ‘Oakland Bohemian Motto’.  Were there such a thing as a Black Bohemians? Ed said he was one of the first Oakland Lowriders. But, he became a designer, an artist of sorts. In this photograph you see the tunnel, and the apartment where the Black Panthers lived in a penthouse. Huey knew about the Beats. He studied history. Being innovative was a big part of the New Oakland Cool. We crossed lines. We crashed through barriers. Our history is one of the most culturally interesting experiences the world has ever seen. The Black Panther exhibit at the Oakland Museum was the most viewed show, ever, and was held over for – an encore! 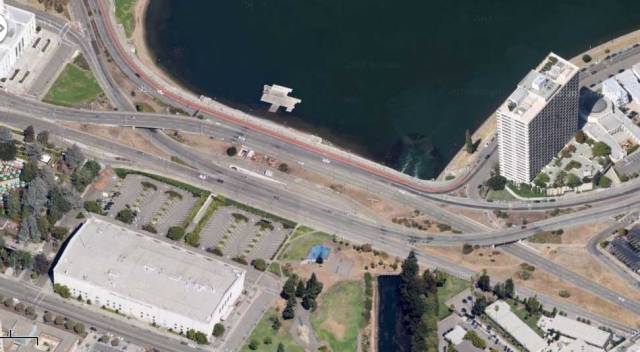 In building courage to go see Bobby, I put on his music and pictured myself going thru that tunnel, with my head held high. I was fifteen. I closed my eyes and made a movie of me emerging from the tunnel, I go down a path of trees to the entrance. Against the wall, hundreds of black folks are lined up to buy a ticket. As one, they see this young white boy walking towards them. I can hear the discussion. The whispers of acceptance go up and down the line. How cool is this guy?

“Did he walk thru the tunnel of fear to get here? Or, did his mommy drop him off?”

“He came to hear Bobby. Leave him alone!”

And, I take my place in the Great Endeavor, the New pertinence. A year later I do a painting of the tunnel, with me walking into it. I render a painting titled ‘The Wall’. I am walking towards a group of young people standing at the base of a wall. We got to live, to dream! There was some amazing dialogue born of our collective fear. I hope we get the crux of it down, before we pass on, because, we told it like it…….is!

I just got off the phone with Christine. In 1967, we lived in a big Victorian on 13th. Street and Webster. She was Peter Shapiro’s lover, the lead guitarist for ‘The Loading Zone’ who mingled with members of The Tower of Power. I asked Chris if she knew Lenny Williams. She was not sure. But she knew Lenny Pickett who directed the Saturday Night Live band. She told me about Malcom and Willy, and Steve Kupka dropping off his cats to live with us. Chris was a good friend of Bill Graham whom I am writing a blog about.

The Judge who heard our case against the Boston Mafia, got the drop on two prisoners lowering themselves down from the Oakland Courthouse jail that you see at the end of Scary Tunnel. Real shit happened in Oakland. Real people did real things.

I was the Artist in residence. My studio was next to the sound room. One Sunday afternoon, as I am applying colors to my seascape, I hear Linda Tillery’s audition. Old blues guys begin dropping by for a jam. 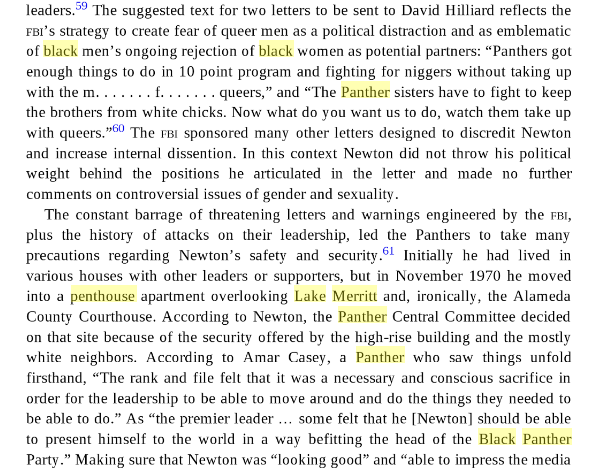 A fixture of the nightclub scene rides off into the sunset. Will there be an encore?

Lee Hildebrand, Special to The Chronicle

As Jay Payton scurried around Bates Hall Sunday evening, conversing with old friends and making sure the show was running smoothly, much as he had in Bay Area nightclubs for the past half-century, he paused briefly to cut a few steps alongside couples line dancing the electric slide to the throbbing grooves of Marvin Gaye’s “Got to Give It Up.” Hip problems may have forced Payton, who launched a career as a tap dancer at Harlem’s Apollo Theater in 1947, to drop hoofing from his act some years back, but the spirits were simply too high for his feet to fail him at that moment.

Dressed in their clubgoing finest, some 200 fellow entertainers, former club owners, friends, family and fans gathered at the East Oakland banquet hall for a dinner/dance that doubled as a celebration of Payton’s 60th anniversary in show business and his retirement party. Health concerns, however, did not cause Payton, who remains lean and limber at 81, to decide to throw in the towel. Economics were the key issue. For the first time since his 1954 arrival in the Bay Area, the Asheville, N.C.-born entertainer can find no steady work as an emcee and comedian.

“We haven’t got one decent black club in the whole Bay Area,” Payton said prior to the event. The presence Sunday of four of his former employers – Esther Mabry of Esther’s Orbit Room, Ruthie Labee of Ruthie’s Inn, Ed Howard of Ed Howard’s Place and Irvin “Dusty” Williams of Jimmie’s Entertainment Complex – drove his point home. None remain in the club business, with the exception of Mabry, who still runs her restaurant and bar on Seventh Street in West Oakland. She presented major R&B attractions such as Lowell Fulson, Charles Brown and Al Green in the 1960s and early ’70s, before her former property became a post office parking lot, but her present location is too small for live entertainment.

Also among those assembled were vocalists Lenny Williams, Terrible Tom, Camille LaVah and the Hartfield Brothers, guitarist Marvin Holmes and comedian Finney Mo – remnants of a Bay Area African American club scene that thrived before disco began putting a damper on live R&B, and hip-hop finally buried what was left of it.

Payton was the Godfather of Bay Area R&B, the glue that held the scene together, particularly during the 29 years (1968-97) that he produced an annual event called the Top Star Awards at Bimbo’s 365 Club, the Claremont Hotel and other venues. It served as a counterbalance to the better-known Bay Area Music Awards, or Bammies, which in its formative years largely ignored R&B.

Williams, who won his first Top Star Award in the early ’70s as a member of Tower of Power and later was named entertainer of the year, was Sunday’s featured attraction. Even before he hit the stage, women in the audience were singing, “oh, oh, oh, oh,” the highly sensual signature line from his 1978 hit ” ‘Cause I Love You.” He reprised the part during a performance of “Somebody Else,” a tune from his latest CD that he sang over an oddly syncopated track. He followed it with a soaring rendition of Sam Cooke’s “You Send Me,” backed by the Brummels, a 10-member R&B band that’s been around for 35 years. Bassist James Nelson, the Brummels’ leader, doubled as the evening’s DJ, spinning a variety of soul oldies and even one Louisiana zydeco tune, to which those dancers who knew how were two-stepping.

Four winners of 1968 Top Star Awards were in attendance: Holmes, the Hartfield Brothers, Finney Mo and Payton himself. Named Top Dancer, Payton was careful to point out that he did not pick the winners himself, but that they were tabulated from ballots mailed to entertainers, club owners, promoters, booking agents and artist managers.

Like Payton, Finney Mo is a dancer, comedian, emcee and sometime singer – an all-around old-school entertainer. “You couldn’t just be in one bag,” said Finney, 75, who got his first California gig with Payton’s help in 1955. “You had to be versatile or the agents wouldn’t hire you.”

Payton made his Bay Area debut in 1954 as member of the Rovers, a vocal group that recorded for Music City Records in Berkeley. Soon, he was appearing as a dancer at the It Club, a striptease joint in El Cerrito. By the late ’50s, he was serving as the emcee at Facks 2 on Bush Street in San Francisco, where he appeared on bills with such mainstream acts as Billy Eckstine, Dorothy Dandridge, Della Reese, Johnny Mathis and the Hi-Los. During the ’60s, he was a fixture at such African American clubs in Oakland as Esther’s, the Showcase and the Sportsman, sharing stages with the likes of Redd Foxx, B.B. King, Lou Rawls and the Whispers. In the mid-’70s, he hosted a weekly television show on KEMO, Channel 20, called “Soul Is” and for six months replaced his childhood idol, dancer Harold Nicholas of the Nicholas Brothers, in Jon Hendricks’ “Evolution of the Blues” at the On Broadway Theater in San Francisco. For 16 years, until it closed in April 2006, Payton was the house emcee at Jimmie’s in Oakland.

“There’s more to being an emcee than introducing the artists,” he said. “Anybody can introduce an artist. If you’re an emcee, you handle the show. If something happens, you can fill in. Say, if a drummer breaks his drums, the show stops. But an emcee can go out there and hold the attention of people till he gets his drums fixed, and then you can turn it right back over to the band. You don’t lose that flow.”

Some in attendance Sunday doubted his seriousness about retiring. Indeed, as he watched couples dancing to the Brummels’ oldies, Payton was overheard remarking that there is still an audience for that type of music – if only he could find a club in which to do it.