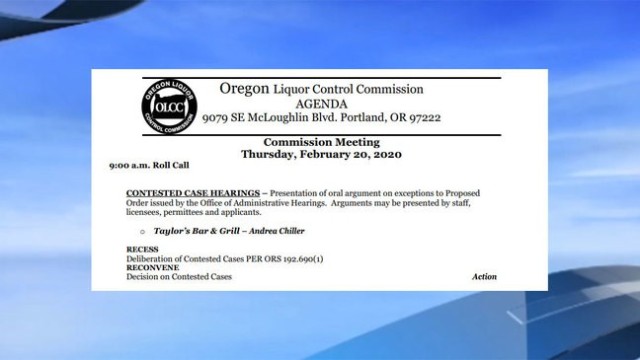 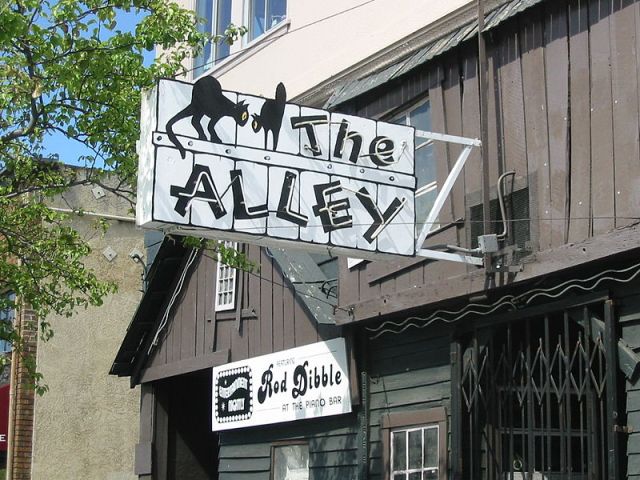 Here is the best woman I ever loved, because she loved me, completely. Bad! Bad Gloria! She was so bad! She was the best. She came from Wisconsin with a banjo on her knee. She could sew up a storm, and paint a grand landscape of a bull elk standing by a blue, blue, river with snow-capped mountains in the background. Her lover was one half of the White Panthers, and brother and sister legal team that worked hard to get the Back Panthers our of jail. She blew into Berkeley in 1970 at the beginning of the Woman’s movement. She had carte blanche and wrote her own ticket.

Gloria went to the University of Wisconsin in hope of being a famous woman artist. The moment my sick, sick father lay eyes on her, he had to have her! She was pure Teuton. She reeked of a superior race – and woman! She was Captain Vic’s Betty Lou, the homespun girl of Roseville that my father should have married. Instead he married Rosemary – for her secretarial skills. My father was – nuts! So was my mother, the Executive Secretary by day, Porno Star for the Mob – at night Point a camera at her, and she the Supreme Party Animal. She got it on with Hollywood Perverts at the Beverley Hills Hotel. Her children were Judgmental Prigs – in her Cocktail Mine! Her favorite T.V. Show was Gunsmoke. She had a thing for Miss Kitting. She understood. 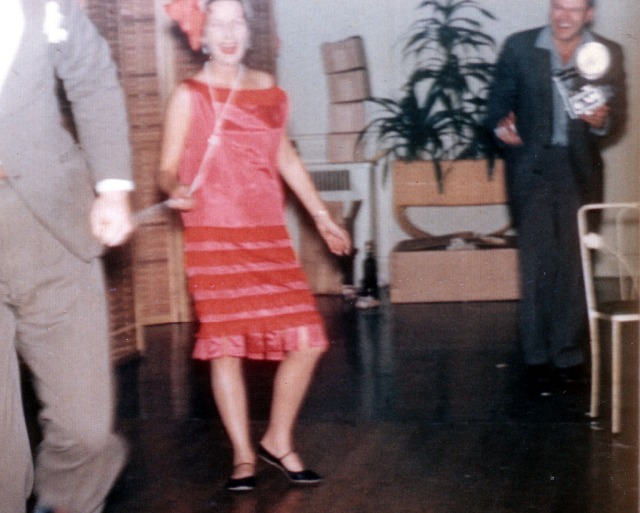 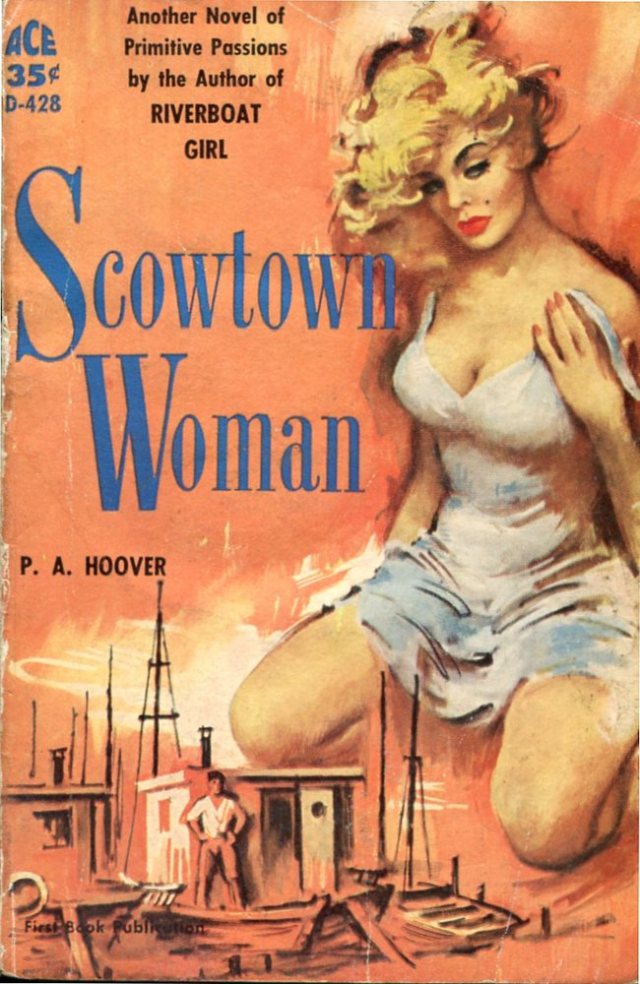 I’m so sorry Gloria that we did not wed. ButI was afraid what they would have done to if you got too close….to them! My folks spring from Scowtown People that gathered near and under the Cauquenes Bridge and got drunk and laid at The Artist’s Tea House. Have you read John Steinbeck? You don’t want to end up like those folks, those good for nothings that hung out in Canary Row? You don’t want to be a bum. You come from such a good home!

Did I tell you Gloria could sing just like Bessie Smith? We used to go the Alley Cat Bar on Grand Avenue in Oakland. It was parallel to Oscar’s Bar and Grill over on Lakeshore. My girl was one of Ron Dibble’s favorites. We gathered round the giant grand piano and watched Gloria prove white folks got soul. It can’t get badder than this – but it did! Gloria and I took over two bars on Piedmont Avenue – and shut them down!

The Canteen was a senior bar for old Piedmontese.  A year later we got biker gangs and San Francisco Bar Flies pushing throught the crowd to get a drink. Out is the Wells Fargo parking lot, is the Saturday Night Drug Market. Pot smoke fills the air. Another fight breaks out, and ten squad cars full of Oakland Cops roll up. We can’t be controlled. Chicks on the back of hogs are mouthing Bruce Springsteen hit. We are going insane with all the cocaine!

Taylor’s Bar & Grill lost it’s liquor license yesterday. Yeah I drank in there as the reinvented – me! My drinking had gotten out of hand. I was trying to put my black-outs behind me.  I wanted to be the mild-mannered, soft-spoken Hippies I used to be – and still be able to drink like a fish! I have thirty-three years of being clean and sober.

Bernie just won, and is promising the legalization of marijuana, and wiping the slate clean for those who have a record for the use, of.

I am grateful to be alive – today! My famous sister just painted beautiful women. I made love to them!

I designed the dress

I planted a garden

and cooked our meals

after she left me

for Frank the bartender

on the softball field

I hit to the fence

you got bad-ass roots

in your Rosie garden

and ain’t nothing going

to come of you.

The full commission held a contested case hearing on an opinion not to renew the license issued by OLCC staff.

“Commissioners voted to have its Full On-Premises sales license cancelled due to a history of serious and persistent problems,” the OLCC said in a statement.

According to the Oregon Liquor Control Commission, Taylor’s Bar and Grill has had 29 violations in the past 14 months under its new owner.

“What makes up the 29 is kind of a variety of different violations,” Matthew VanSickle with the OLCC says. “Drugging is certainly a component in there, unfortunately. But also there is a number of physical altercations. You know, people ending up with broken bones, missing teeth, things like that which are, you know, just not acceptable.”

After I made the huge mistake of introducing my girlfriend, Gloria Ehlers, to Captain Victim, my father began to call our home late at night, after the bars closed. I had just cured Gloria of her sleep disorder, and got her off sleeping pills. Now she was being awoken by Vic who had no one to talk to.Gloria pleaded with me to get my father to stop waking her so late. Disconnecting our phone did not work – like it did not work for anyone who got close to The Monster’. He made you pay. He mentally tortured you, made you feel like a uncaring Nazi Bastard who loves to throw old Jews into ovens – like cord wood!

One night Vic called when I had been up late drinking at the bar. I told him to never call Gloria again, because, that’s who he wanted to talk to.

Twenty minutes later I am pounding on Vic’s door, that he will not open. I go to the window and behold him standing in the middle of his living room with his bathrobe on. You can’t be serious! Pop’s look scared – and disturbed from his sleep.

“C’mon out, and take you ass woopen like a man! Cause – Heeeeere’s Johnny!”

This is 1976, before The Shining’. I am smiling, enjoying this sporting event.

I go to the sliding window, and pull on it.

All of a sudden the window flies open and shatters all around me! I see Vic’s wife Dee-Dee on the phone. She is shouting at me. Then I hear my angel calmly tell me to put my hands up and say “Don’t shoot!” I obey my angel.

Dee-Dee told me a few days later, after I got out of jail, that the Deputy Sheriff that lives across the way had his scoped rifle on me and was about to shoot. That’s when he called Victim Headquaters to get orders to kill the evil Manson-like intruder. He also thought about releasing his German shepherd, but, I might be armed. Why spare a bullet and waste a good dog?

When I got out of jail, Gloria told me the truth, that for over a month my father was making obscene phone calls, coming on to my lover, making lude suggestions, saying he could please her more then his son could – the hippie!

Vic also suffers from Narcissus Personality Disorder, and could not stand it, that I ended up with the German Fräulein of his dreams. I had stolen his Supre Race limelight.Gloria was from Wisconsin where many Germans settled. She went to the University of Wisconsin, and majored in Art. She was not a good artist. She did paintings of great elks by a waterfall in the virgin forest. German’s love this scene – to death! They murdered millions in order to get back to Black Forest – and the elk!

When I heard Captain Victin raped his grandfather, Shannon, at his home when they drank together (she’s the one who came on to me) I called the police, who told me they could do nothing until the REAL VICTIM gave them a jingle. I was the only one who called. Christine did not call. However, she did do a painting titled ‘The Crossing’ and told me on the phone;

“This is how I dealt with Bill’s death.”

No one ever called the police on Mr. Arnold, who told me this as he drove me home across the San Mateo bridge in a storm – two hours after we put his son in the ground!

“My son was no good. I am ashamed he came from my seed. You are good, Greg. Will you be my son now?”

Gloria left me shortly after my arrest, because she felt defiled, our realtionship, dirtied. She saw that I was powerless over my father, his abuse, and my drinking. She saw that I could not protect her.