The Bohemian Rose of the World

I told my friend Casey Farrell about my dream, and my conclusion I am a Heir to my Bohemian linage. I said if I build a Camelot, what is mine, will be gathered – there! An hour ago I discovered there is a fight over Mucha’s large canvases. My great grandfather, Wensel Anton Braskewitz, came from Bohemia. I lived in a shed that was owned by Ernie. I went to the park next door to use the bathroom, wash my hair, and take sponge baths. I painted Mucha and Pre-Raphaelite figures all over Vic’s old radio. I did a Mocha-like painting. I took pics that Christine saw. I want to go live in a castle in Czechlosvakia and do large canvases.

Charles Crane was the father of Richard Crane, the Czech Ambassador who sold a estate to the U.S. Government that is the current Embassy. Add it all up, a Monk-Artist returning to the Land of his Forefathers to complete his books, and render large works of art.

The artist’s heirs and the city of Prague are fighting over the cycle of 20 beautiful paintings of a mythical Slavic history
Books, arts and culture
Prospero

Dec 6th 2016
by B.C. | PRAGUE
ALPHONSE MUCHA is best known for his pioneering art-nouveau work in fin-de-siècle Paris, especially a series of posters depicting Sarah Bernhardt, a legendary actress. But the Czech-born artist considered a 20-canvas cycle called “The Slav Epic” to be his masterwork, and he donated the massive paintings to the city of Prague in 1928 with the proviso they build a facility to display them. The Mucha family is still waiting to see that wish fulfilled.
With “The Slav Epic” slated for an Asian sojourn next year, Mucha’s heirs, lead by a grandson, John Mucha, are suing to block the museum tour in what may be the final chapter of a century-long saga that has seen the paintings outlast the Nazis and the communists. The bitter conflict between the family and the city has lingered for years, with the family contending that Prague’s failure to construct a venue should nullify Mucha’s gift.
Already signed up?Log in

Mucha first met the American Charles Richard Crane (1858–1939) at a banquet held at Delmonico’s in New York in 1904. Heir to a Chicago plumbing parts manufacturer, Crane was a wealthy and well-connected businessman and a recognised connoisseur of Eastern Europe and the Middle East. In 1902, he invited Charles University Professor and future president of Czechoslovakia Thomas Masaryk to give a series of lectures at the University of Chicago. This initiated strong links between the United States and Slavonic political circles which were to prove instrumental in the foundation of the new Czechoslovak Republic.

Mucha and Crane met again a year later in Chicago. Mucha’s son Jirí writes “Father was greatly struck by this American who understood the Slav problem so well, while Crane found most sympathetic my father’s eccentric desire to work for his nation with no profit for himself”.

In 1908 Mucha produced a portrait of Crane’s recently married daughter, Josephine Crane Bradley, as the symbolic figure of Slavia. A portrait of his second daughter Frances Leatherbee was commissioned shortly after.

Mucha later approached Crane to discuss his Slav Epic project; he needed financial support in order to embark on his ambitious project and knew that, as an ardent supporter of Pan-Slavic nationalism, Crane may just be the sponsor he was looking for. His interest was indeed piqued, and after giving careful consideration to Mucha’s budget and schedule, Crane agreed to not only finance the project, but to bequeath all twenty Slav Epic canvases to the City of Prague on the condition that they be housed in a purpose-built building.

By funding the Slav Epic, Charles Crane enabled Mucha to carry out his “life’s work” and left a considerable gift to the Czechoslovak people. In 1918 Mucha expressed his gratitude by incorporating his portrait of Josephine Crane Bradley as Slavia in his design for the first Czechoslovak 100 koruna banknote.

It is in our DNA. Christine and I descend from Bohemian Royalty. 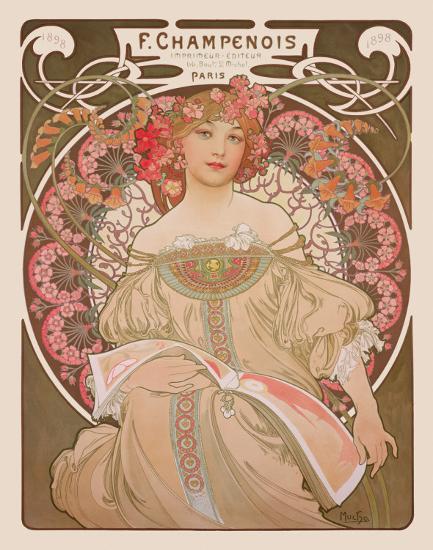 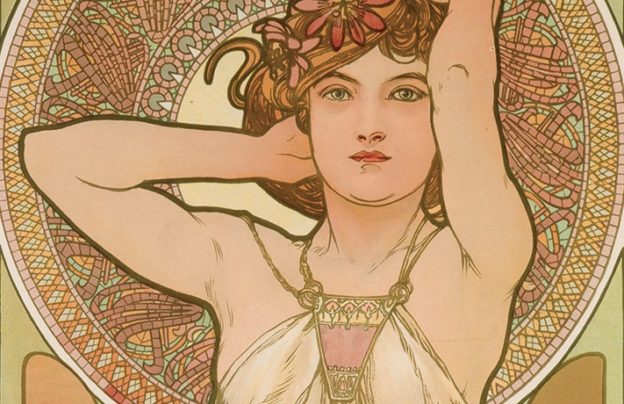 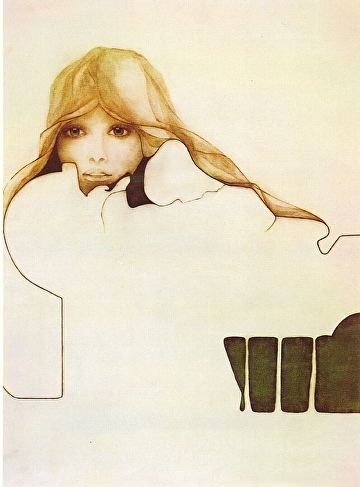