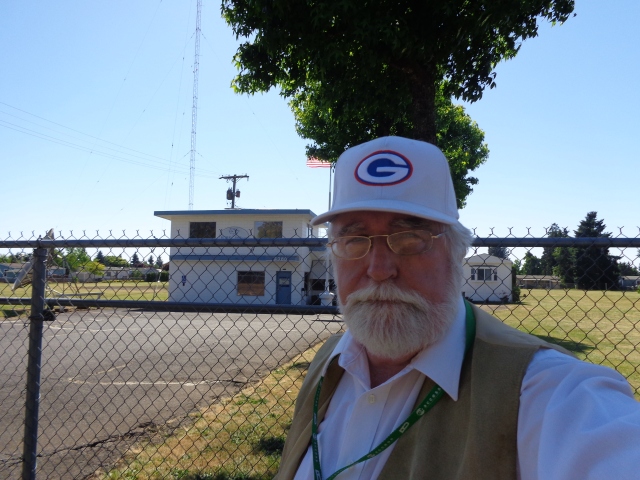 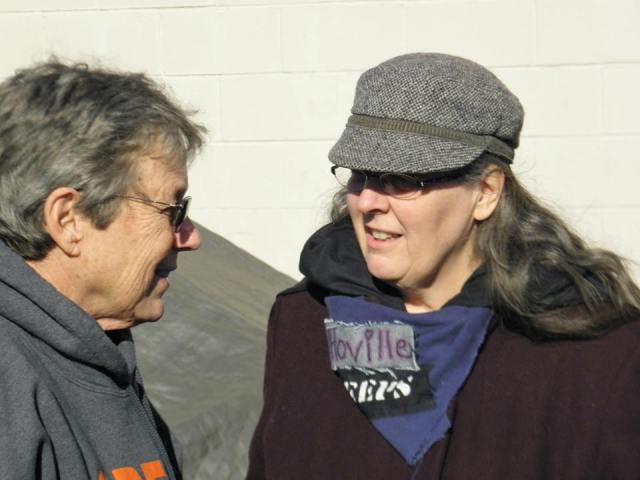 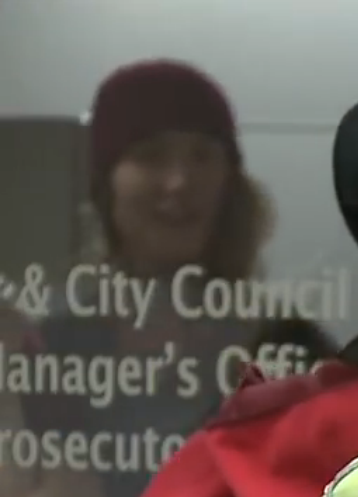 I am a true prophet who saw this coming! I stuck my neck out and was attacked by real witches and their backer – Christians! Without Sinners and Witches – Christianity would have gone out of business a long time ago. The Manhattan Declaration is a case of too many self-righteous assholes, all dressed up and nowhere to go. They got all these fine diplomas from Jesus College, but do not own a clear-cut moral high ground – until the Democrats legalized Abortion and Same Sex Marriage. Here is some DARK STUFF they can put up their righteous flagpole and salute it!  All this holy brainpower can’t come up with a Great Sales Campaign to sell The Light of God!

Surely no man of god was present when their Messiah composed the letter to Pelosi who is depicted as a old hag out to get Beautiful Donald – employing the Salem Witch Trials. Back in July I volunteered to be ‘The Insane One’ in order to save our Democracy and our Nation. See below!

“President Donald Trump on Tuesday savaged House Democrats’ impeachment proceedings in a six-page letter to Speaker Nancy Pelosi that read like a collection of his most vitriolic tweets.

The fiery missive, frequently punctuated with exclamation points, came loaded with hyperbolic assertions — including the president’s claim that “more due process was afforded to those accused in the Salem Witch Trials” and his accusation that Pelosi and House Democrats “view democracy as your enemy!”

How old is POTUS when he says an elderly woman’s teeth are falling out, which makes her look like an old witch, who is out to get him because she suffers from “Trump Derangement Syndrome”.  Bad Boy ‘Lock her up’ suggests Nancy Pelosi’s Catholic prayers for him are disguised hexes.

I am the only American who has undergone REAL witch hunts! That I descend from a Puritan leader and reverend – is profound!

In his letter this week, Trump described the impeachment process as an “unprecedented and unconstitutional abuse of power.”

The process undertaken by the House has in fact been conducted in accordance with the Constitution’s provisions.

Trump claimed specifically that he had been “deprived of basic Constitutional Due Process” throughout the impeachment proceedings. “More due process was afforded to those accused in the Salem Witch Trials,” he wrote.

He then referred to the proceedings as an “illegal, partisan attempted coup.”

“You have cheapened the importance of the very ugly word, impeachment!” Trump wrote.

As constitutional law experts have noted, Congress is not required by any law to provide a president with “due process” rights during the course of an impeachment inquiry or impeachment proceedings, though the House Judiciary Committee did invite Trump and his lawyers to participate in their open hearings earlier this month, which Trump declined.

In his letter Tuesday, Trump also claimed Pelosi had “developed a full-fledged case of what many in the media call Trump Derangement Syndrome”; suggested Pelosi “view[ed] democracy as [her] enemy”; and suggested she was trying to “undo” the 2016 election and “steal the election of 2020” because she was upset former Democratic candidate Hillary Clinton had lost.

“It is a terrible thing you are doing, but you will have to live with it, not I!” he wrote.

The letter was punctuated throughout with random capitalization and exclamation points.

After complaining that Pelosi had offended the Founding Fathers by beginning the inquiry, Trump claimed Pelosi was “offending Americans of faith by continually saying ‘I pray for the President,’ when you know this statement is not true, unless it is meant in a negative sense.”

Pelosi said recently that she does not hate Trump and “pray[s] for the president all the time.”

Despite evidence showing that Trump pushed Ukraine to investigate Vice President Joe Biden and a debunked conspiracy about the Democratic National Committee, and withheld critical aid to secure such an investigation, Trump wrote this week that the “abuse of power” article being levied against him was “a completely disingenuous, meritless, and baseless invention” of Pelosi’s imagination.

Trump also referred to a July 25 partial call transcript of his conversation with Ukrainian President Volodymyr Zelenskiy, during which he pushed Zelesnkiy for a “favor” — to investigate Biden —Trump wrote that the conversation was in fact “totally innocent.”

Trump has repeatedly prevented Congress from speaking to witnesses and reviewing documents and communication from his administration that might shine a light on his actions toward Ukraine, and consistently stonewalled special counsel Robert Mueller, who led the nearly two-year long probe into Russian interference in the 2016 election.

Mueller’s final report detailed extensive ties between the Trump campaign and Russia, as well as 10 instances of possible obstruction by Trump himself, and the investigation resulted in multiple convictions and offshoot investigations.

Despite this, Trump declared in his letter this week that the second article of impeachment for “obstruction” was “preposterous and dangerous.” He also described his decision to fire former FBI director James Comey, whose dismissal prompted Mueller’s appointment as special counsel, as “what will be regarded as one of our country’s best decisions.”

Trump previously admitted that he fired Comey over the Russia investigation.

Addressing impeachment again, Trump claimed Congress had “found NOTHING,” before rattling off a series of claims about his administration’s purported successes, including his beloved “Space Force.”

“There are not many people who could have taken the punishment inflicted during this period of time, and yet done so much for the success of America and its citizens,” he wrote.

Elsewhere in the letter, in a non-sequitur referring to Clinton, who defeated him in the popular vote in 2016 by nearly 3 million votes, Trump wrote that Pelosi’s “chosen candidate lost the election in 2016, in an Electoral College landslide (306-227).” Trump’s electoral college victory in reality ranks at 46th out of 58 elections in U.S. history.

Trump concluded his lengthy missive by saying, “I write this letter to you for the purpose of history and to put my thoughts on a permanent and indelible record.”

It is unclear for what purpose Trump felt the need to lay out the claims made in the letter, as Trump has repeated most of them on multiple occasions from his personal Twitter account, posts from which are memorialized by the Presidential Records Act.

I Will Be Insane – If This Will Help! 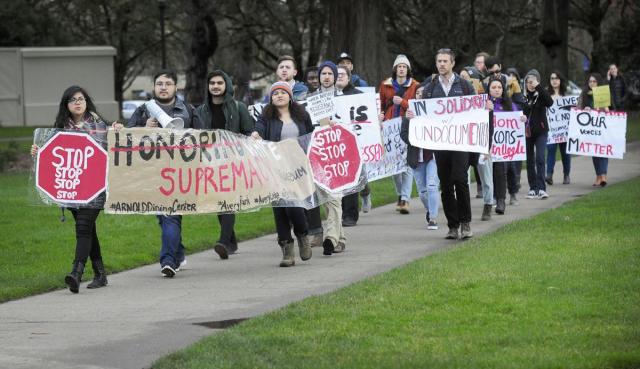 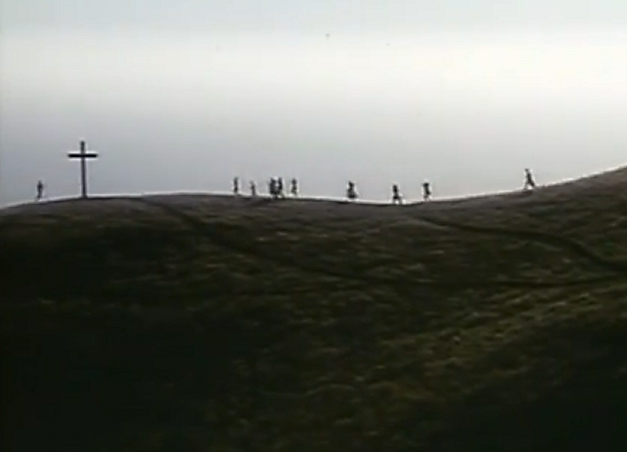 Wow! John the Prophet called this one! Did the Kimites get all riled up after reading this one? I posted this on May 23,2018 which is thirteen months ago! I posted Witch Hunt 8 months ago, and Tribulation 5 months ago. 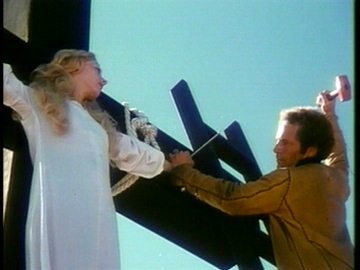 I’m willing to be the Only Insane One, if it will save the world from the coming Tribulation. I want to be the Coo-Coo One if it saves the lives of a million children. I will wear the Straight Jacket of Shame, and be INSANE, so all of you can be of sound mind!

Jon ‘The Insane One’

White evangelical Protestants continue to approve of President Donald Trump at about twice the rate of the general public, according to a recent survey by the Public Religion Research Institute. Indeed, the figure is at an all-time high, with some 75 percent expressing a positive view as of March.

Debating the question of why white evangelicals hold so fast for Trump has become a pastime for commentators, given that the president’s values and behavior would appear to be anathema to conservative Christians.

Among political evangelicals, at…

1 Response to “The Trump Derangement Syndrome”