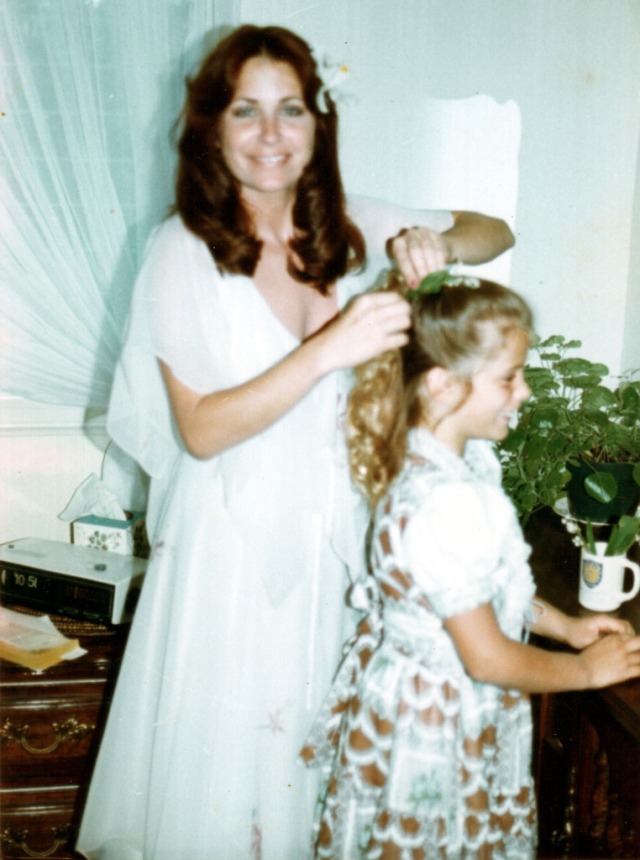 Tonight, I sat at a table with about ten of my brother and sister’s in AA. We talked about how God came into our lives – after saving our lives! We were all heading for the brink of utter destruction. God intervened. I told them our sister drowned on the day she was going to have first sober birthday. I thanked God she did not die while she was drunk, she fighting for her life while drunk, believing this is what she deserved! For fifty minutes she fought to live in the bright promise living a sober life can bring.

I brought up William A. Comstock Jr. ‘The King of Drunks’ who is my daughter’s idol. I believe Bill and Linda suggested my minor child go over to my sister, Vicki Presco, who I said was hostile to our niece Shannon, the adult Heir to her mother’s creative legacy – which in my opinion included Christine’s Sobriety. Heather and the Comstocks never met my sister, but, Heather deserved a fresh start after things went badly for is with the Sea Cadets at Scientology. Hubbard had a real big yacht! William wanted my daughter to have a great portfolio, and the hint of alcoholism, can ruin one’s career.

I told my sixteen year old daughter, who was the miracle from God when she came into my life in 2000, that Vicki Presco showed me the autobiography Christine had almost finished. A ghost writer was hired to help my sober sister put this book together. She had to have written about her sobriety. I wrote Sandra Faulkner to send me her notes. I told the Special Executor these notes, and Christine’s sober testimony belonged to my nieces. They were written to see the light of day! They were written by a world famous woman artist as her Twelfth Step. She wanted to help other women own what she had.

Famous people have a problem in AA. My mother told me Carrie Fisher was writing a screenplay for a movie. Rosemary and her daughter, Rosamond, did not know we are related to Elizabeth Rosemond Taylor, and thus Carrie.

The reason Heather did not let me know who William Comstock was to her, was, she knew I would shut the door on her and her family – and protect myself from his influence. William had to know about Christine’s sober autobiography. When I found my daughter two years after she was disappeared, she had forced a bond with Vicki and her son. She said this;

“Just because you can’t get along with your family doesn’t mean I can’t!”

I was appalled at the betrayal of A daughter of A father. I knew she got this line from her mother, or aunt. How about William A. Comstock Jr. a hotshot attorney who knows all about corporate takeovers and mergers. Bill owned a bank! He brought people together – to make money! Heather just published a story, her mother may have ghost written, in a Woman’s magazine. It is about her miscarriage. Many are dying of drug and alcohol addiction as I type.

At the funeral I offered Shannon my seven year coin. I told my brother’s and sisters no one in my family wants what I got. In the last six months Shannon has talked about the horrible information she looked at that proves Vicki betrayed her mother………….and her. This is not fair, for Shannon has been grieving over her aunt’s death. Heather, nor her family, sent any member of my family their condolences.

Four members of my natal family, are dead. My offspring are not slated to replace our losses, but, will be drafted into the ‘Save Bill’s Beer Buzz’ memorial foundation.  I am a member of Alcohol Justice. Comstock’s obituary is a advertisement for Coor’s Light. I am going to apply for this job, and will use this ad as part of my resume!

“This is who, and what I was up against. This drunk was the Puppet Master who used his power, money, and political skills, to crush the influence of my sobriety – because it was a threat to him!”

That Linda Comstock and Patrice Hanson, along with William Comstock. allowed any minor child to get in the middle of this battle – when she was completely innocent – is as evil as it gets.

Linda Comstock is buying my offspring, and has demanded Heather give birth to a girl – just for her! My daughter owes her – and her mother. They have been sponging off ‘Captain Tom’s’ fortune for many years. Being a Gold-digger is not an honest or honorable profession, especially when you can drink any man under the table. This makes you a Woman Pirate with missing teeth, and a parrot shitting all over your shoulder! Witch!

I talked about Captain Tom’s Toy, his juggernaut, and his drunken crew that he bids to carry on without him! Don’t let my legend die! Promise me Heather, you will party till you drop. After I am gone, my heathen Viking spirit will come back. Look for a guy named Bill who can really guzzle them down. Promise me you will take ‘The Toy’ out to sea and burn it with me on board. I want a Viking Funeral. How many of Will’s friends are now in AA?

“Please raise your glass of Coors Light in remembrance. “

This is what we drunks did when we used. We used everyone around us in every dirty way to make our life work. Anything, but admit we have a problem with alcohol. It is my ambition to take all Linda’s money from her and give it to a good cause, like saving children in alcoholic homes.

This is a new group for me. While googling it I noticed a city building with the name Kelly-Booth. I called them up and told them about the wicked and destructive history of this company owned by Frank Buck. I am going to a City Council meeting on November to propose this name be changed.

COMSTOCK, Thomas A. Jr. Of Dana Point, formerly of Fullerton, passed away on June 19th of heart failure. He had just celebrated his 85th birthday in grand style with his family and many friends. Tom was born June 11, 1923 in Providence, Rhode Island, the oldest of eight children. He joined the Navy and was a gunner on PBY’s during WWII. He was awarded the Distinguished Flying Cross, the Air Medal and the Purple Heart. Tom earned his legal degree from Columbia University in 1952 and moved to California in 1953 to join North American Aviation’s legal team. He went on to have a 56 year legal career in corporate private practice. Tom was one of the founders of Commercial National Bank and an owner of Consolidated Micrographics. His passions included politics, traveling and boating. Tom was politically active and a delegate to the Democratic National Convention in Chicago in 1968. He traveled extensively visiting six of seven continents including Australia, Singapore and Hong Kong on his most recent trip. In recent years he escaped the June gloom by going to his home in Bullhead City. Tom was a boater who showed his love for the water with frequent trips to the Colorado River with family in tow. He never caught a fish but always got a ticket. Later in life, he took his prized “My Toy” to Catalina regularly. In Avalon you could usually find “Captain Tom” reading his beloved LA Times at the Busy Bee, Dockside Cafe, or Descanso Beach. In the evening he danced the night away at the El Galleon to Karaoke. He was a member of Dana Point and American Legion Yacht clubs. He was known for loving life and doing it his way. He shared his love of life and sense of adventure with his family who will miss him greatly. He is survived by wife, Linda; daughter, Cheryl (Tom); sons, Tom (Liz) and Kevin (Leigh); six grandchildren, Andrew, Joe, Beth, Reggie, Zoe and Kacie; and sister, Natalie. He was predeceased by his wife of 47 years, Jean. A private service will be held at sea on Sunday June 22nd. In lieu of flowers, please donate to the American Cancer or Heart Association

s. Please raise your glass of Coors Light in remembrance.

For fifty years Hollywood made movies about a poor damsel in distress being bullied and taken advantage of, by a Evil Rich Man. For coming to the defense of my niece, Shannon Rosamond, I was BLACKLISTED, thrown off the lot.

Shannon is the my late sister’s eldest daughter. She took on the powerful Buck Empire, and lost. There exist no written account of her relationship with her mother and her family. Christine’s 276 autobiography, has been disappeared. This is how it goes when THE POOR take on THE RICH. A month after Christine is – out of the way – Shannon says this to me;

“Be careful Greg. My friends think my life is in danger. The first thing they are going to do is make you out to be insane!”

Christine is made out to be insane in Sydney Morris’s evil book of lies. A world famous woman artist, is guilty of “erratic behavior” too!  Their book is a HUGE FAILURE! Stand up and take a bow – Bob Buck! Now, they want to use Hollywood, co-founded by Frank Buck, to depict the three artists in my family, as cuckoo!

I knew Ken Kesey. I was with him on Further in the Eugene Parade. Nancy and I were childhood friends. Christine lived with us in a famous commune. Ken’s fictional novels ‘Sometimes a Great Notion, and ‘One Flew Over The Cuckoo’s Nest’ has come true! I suggest Robert Brevoort Buck enter into arbitration with me – and my Mad&Merry Women&Men! All we want, is……….The Promised Land! 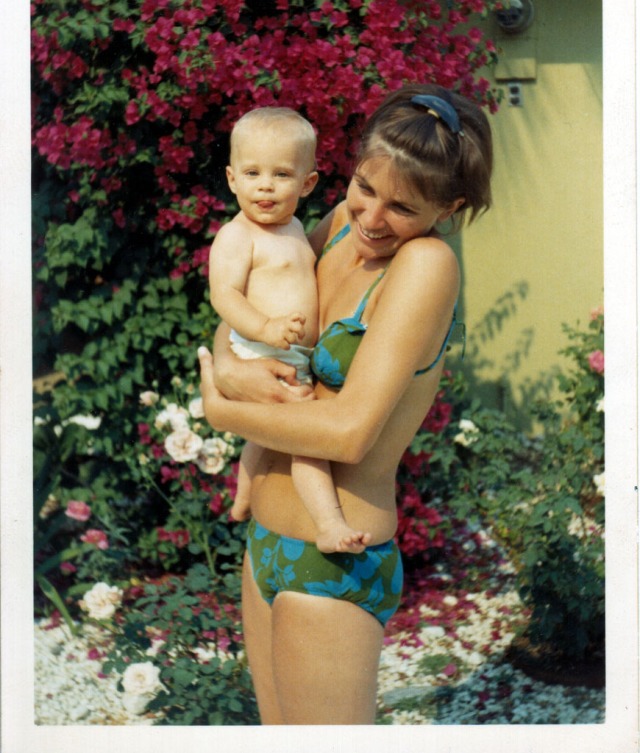 “Because petitioner has a history of erratic behavior.”

“and efforts continue to negotiate movie rights to the inventory”

Bob Buck is the President and principal owner of Del Monte Aviation. Mr. Buck acquired and redeveloped Monterey’s fifty year old Del Monte Aviation in early 1996, using his more than five thousand pilot hours as a guide. Mr. Buck’s development of Del Monte Aviation followed many years of activity in real estate development, agribusiness and oil production. He is a founding partner of the Carmel law firm of Heisinger, Buck and Morris. Mr. Buck is active in charitable endeavors, now serving as Vice Chairman of the Buck Institute in Marin County, California, a medical research facility specializing in the problems of aging. He was the founding president of the Frank and Eva Buck Foundation, which grants college scholarships in Northern California and has been on the Board of the Jeffers Tor House Foundation in Carmel for many years. 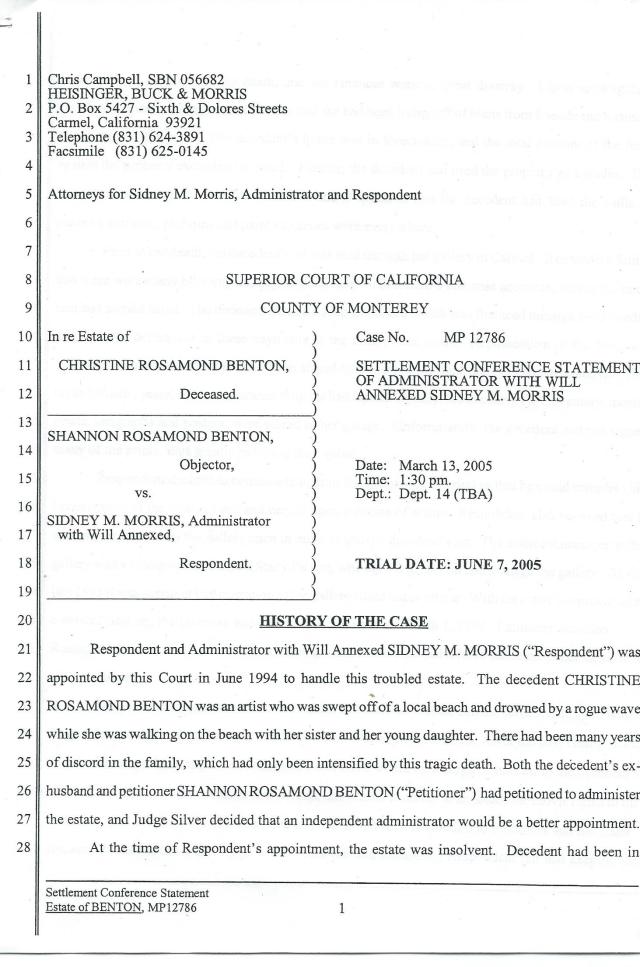