I call upon the Buck Foundation to help me with matters that concern the whole world. We The Little People are being deprived of Fair Elections by very wealthy people. Does this sound……….threatening? Wake up!

I got the next Getty Movie right here in my hand! My famous sister drowned on her first sober birthday. Lawrence Chazen tried to become Executor after Garth was dismissed. Both me knew about Christine’s autobiography, that was disappeared. Sydney Morris helped get rid of it! 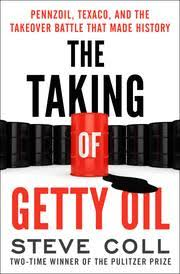 Here is an amazing account of the fight Gordon Getty had over his family legacy. I am sure Garth and Christine Rosamond Benton had inside information. I believe assets were hidden from the IRS. I suspect monies were covertly invested in California real-estate. Chazen was a partner in the first Rosamond gallery. They suspected I had become a close confident of my late sister again. This is why they posthumously destroyed both of us. Look at all the Oil Company lawyers! Did Robert Brevoort Buck know what was going on?

My father described his private lender as the “Right-hand man of Gordon Getty”. Garth Benton was described as a “friend of Chazen and Gordon Getty”.  In the book, ‘The Taking of Getty Oil’  by Steve Coll, Laurence Chazen is described as a “friend and financial advisor in San Francisco”. Here he is at the reopening of the Rosamond Gallery, an event I was not invited to. Chazen is a partners in PlumbJack, and was my father’s private lender. Chazen and Vic, suggested they hook they hook Christine and Garth up. A date was arranged. Here is my letter from the office of Andrew Cuomo;

Got this in my e-mail.