Ed Ray Speaks To You – His Chosen Ones! 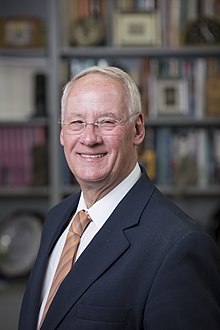 Here is one of the strangest historic documents you will ever read. What I am looking at is a movie comedy ‘Zardoz At Animal House’. It starts out with a black couple sitting outside the EMU at the UofO. They are googling together. Benton Hall comes to their attention. They send Ed Ray a message. Ed, chokes on his…………when he realizes he has not shored up his White Power Rule over the Oregon State Vortex. The radical Blacks and Indians are at the gate. They have found Ed’s Achilles Heal. Ed needs to throw them a bone.

Up in Benton Tower are the crossed femer bones of Senator Thomas Hart Benton. He takes one, and throws it down to group of Blacks and Native Americans who are demanding the titles to land owned by OSU. They want real land, and not more bullshit. The land they want is much bigger than ‘Peoples Park’. (play opening of 2001)

Ed assembles a crack team of historians who he calls ‘My Puppies’. After creating a protective shield around the campus, they build this display. It is a device of some kind. There is a hologram of Benton ranting away about Manifest Destiny. There is a hole in Ed’s contraption with these words above it.

“If you are from the South, and you love Robert E. Lee, stick your erect penis in here!”

Ed shows this to the Chiefs and the Black and Orange Panthers.

Enter, Brutalus, a notorious Class Clown in High School, anxious to strut his stuff at the OSU. He spots Ed’s Pillory. Looking to the right, and them the left, he obeys the instructions. Raising his arms in victory, Brutalus shouts;

I know Kathy Wilson. I will run this by her. Is that cotton growing outside Benton Hall? I have found evidence Confederate Freemasons from the South were making a big move into Oregon, with the help of Joseph Lane who might be behind the KKK of Oregon. Ed and his Puppies know about this history, and, are keen on keeping it a secret. The Masons lay the cornerstone of Benton Hall. I suspect it is hallow and in side, is ‘The Master Plan’. Is Ed a Freemason?

After saying he would leave it up to the people of Benton County to come up with a replacement name for Benton Hall, all of a sudden, Ed Ray changes his mind! Overnight he is Lord Overseer of the Shire, and comes up with the name ‘Community Hall’. Why do I suspect Ed was looking at the Hobbits? In my movie, he will be a Lord of the Rings freak who dresses like Gandalf in roll-playing. Just put a beard on Ed, and long hair. Walah!

Mother nature designed puppies to be people pleasers. Their cuteness tells the older vicious wolves they are not a threat. Puppy Hobbits!

‘The Fellowship of the Puppy Ring’

I do not know why Zardoz is called an “Irish-Aerican film”. It works for me!

Zardoz is a 1974 Irish-American science fantasy film, and later a book, written, produced, and directed by John Boorman and starring Sean Connery and Charlotte Rampling, and featuring Sara Kestelman.[4] The film, Connery’s second post-James Bond role—after The Offence—was shot by cinematographer Geoffrey Unsworth on a budget of US$1.57 million.[2] It depicts a future world where a stone image called “Zardoz” instructs the “Brutals” to kill each other for eternal life.

I am writing to share my decision regarding new names for three buildings on OSU’s Corvallis campus. These buildings are Avery Lodge, Benton Hall and Benton Annex.

This extensive and thoughtful review was very appropriate.

The names of buildings and places play a very important role in our university. They speak to the history of OSU, the university’s values and mission, and our efforts to create an inclusive community for all. Names also recognize and honor the positive contributions of those associated with the university.

Based upon input gathered, as well as recommendations of the university Architectural Naming Committee, I have decided to provide:

Avery Lodge with a name that honors the contributions and history of Native Americans within the nearby Willamette Valley and recognizes that federal lands deeded to the state of Oregon to create this university were taken from tribes that have lived in this region for many generations;

A new name for Benton Hall that recognizes the contributions made by Benton County community residents to create the college in the 1860’s and 70’s that eventually became Oregon State; and

Benton Annex with a name that appropriately recognizes the building as home to the Women’s Center.

With the assistance of Siletz tribal leaders and Native American linguists and historians, I have decided that Avery Lodge will be called Champinefu Lodge. In the dialect of the Kalapuya tribe, which inhabited this region, the word Champinefu is translated to mean “At the place of the blue elderberry.” Blue elderberries are specific to the Willamette Valley and the areas around our campus are where Kalapuya tribal members historically would travel to harvest blue elderberries. Phonetically, this name is pronounced: CHOM-pin-A-foo.

Benton Hall will be renamed Community Hall to reflect the contributions of local residents in establishing this university, and helping it reach its 150th anniversary and excel as Oregon’s statewide university.

And Benton Annex will be named the Hattie Redmond Women and Gender Center. Hattie Redmond was a leader in the struggle for women’s suffrage in Oregon in the early 20th century. The right to vote was especially important to Hattie, who was a black woman living in a state that had black exclusion laws in its constitution. Her work is credited with laying the groundwork for the civil rights movement in Oregon in the mid-twentieth century.

These renamings occur as we celebrate OSU150: Oregon State’s 150th anniversary as Oregon’s statewide university. OSU150 runs through October and has offered a rare opportunity to celebrate the university’s past and present, reconcile past problems, and improve for our future.  As I have said before, we must acknowledge our past, avoid hypocrisy and recognize the history of those who established this extraordinary university.

Beginning this academic year, we will develop public educational materials that will share the histories of these three buildings and their previous namesakes. These public displays will be within each of these buildings. As well, we will provide similar information within Gill Coliseum and Arnold Dining Center – two buildings whose names last fall I announced would not change. In the years ahead, OSU will document and display the history of all university buildings within each respective building, on the university website and within a mobile app.

I thank everyone who has participated in this important process. Moreover, I thank those who will continue to be engaged as we document the histories of other buildings. Through these many efforts, including OSU150 and the university’s update of its strategic plan, we will remain mindful of the university’s history, as well as its values and mission of inclusive service to our community and all Oregonians.

1 Response to Ed Ray Speaks To You – His Chosen Ones!