The Thorny Crown of the Scapegoat 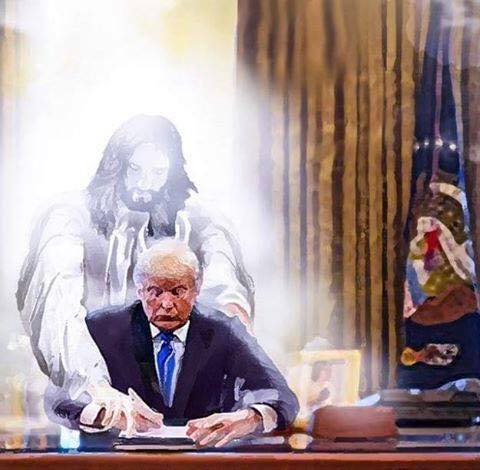 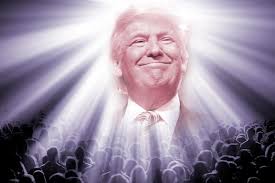 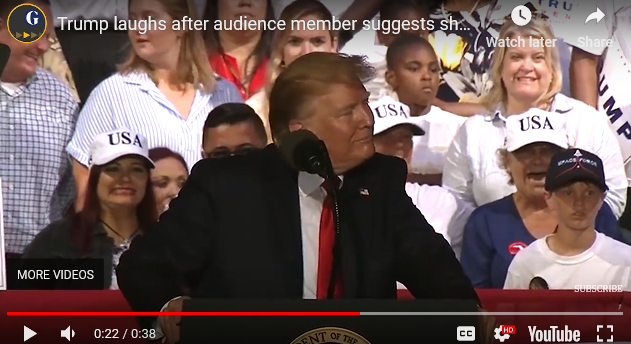 Lord Trumputin wants more moral solutions for millions of citizens. Is this a good idea? Christian leaders want a Theocracy to rule the western world. Is this a good idea? The reason my neighbors, and others, hate me, is because I am a Biblical Scholar who is going to question every Holy Government Plan they put forth – employing the two books of the Bible. They were under the false impression God-Jesus does not allow this. So? God-Jesus did not give women the right to vote, so, I don’t think he is on par with me. God-Jesus did support Freedom of the Press, however! I know he knew nothing about the Rapture!

The holy war against the Federal Government and abortionists began when Bob Jones University was going to lose its tax exemption for practicing racism. White Baptists went looking for a moral issue they could use as a club against the Feds and the Civil Rights Movement. Abortion was always a tragic moral issue. These evil white men grabbed the unborn and came out swinging with the pure intent of turning back the gains my kindred made, and the Jubilee Revolution of Martin Luther King.Jon Presco

“This makes all the more outrageous the occasional attempts by leaders of the Religious Right to portray themselves as the “new abolitionists” in an effort to link their campaign against abortion to the nineteenth century crusade against slavery.

The IRS sought to revoke the tax-exempt status of Bob Jones University in 1975 because the school’s regulations forbade interracial dating; African Americans, in fact, had been denied admission altogether until 1971, and it took another four years before unmarried African Americans were allowed to enroll. The university filed suit to retain its tax-exempt status, although that suit would not reach the Supreme Court until 1983 (at which time, the Reagan administration argued in favor of Bob Jones University).

‘Thy Kingdom Come’
by Randall Balmer

In the 1980s, in order to solidify their shift from divorce to abortion, the Religious Right constructed an abortion myth, one accepted by most Americans as true. Simply put, the abortion myth is this: Leaders of the Religious Right would have us believe that their movement began in direct response to the U.S. Supreme Court’s 1973 Roe v. Wade decision. Politically conservative evangelical leaders were so morally outraged by the ruling that they instantly shed their apolitical stupor in order to mobilize politically in defense of the sanctity of life. Most of these leaders did so reluctantly and at great personal sacrifice, risking the obloquy of their congregants and the contempt of liberals and “secular humanists,” who were trying their best to ruin America. But these selfless, courageous leaders of the Religious Right, inspired by the opponents of slavery in the nineteenth century, trudged dutifully into battle in order to defend those innocent unborn children, newly endangered by the Supreme Court’s misguided Roe decision.

What I suggest, is, that Mormons willingly baptise dead fetuses. Jesus’ mission was to save souls for a eternal life – and not prevent folks from sinning. Christians have paid too much attention to politics, and have forgotten about the souls of the unborn. If they believe a fetus is a being with a soul, why then have they not set aside a cemetery on church property for victims of the abortion holocaust?
Christian Republicans want to do away with intrusive big government, but want to make many laws in many states that will make getting an abortion difficult. Jesus and Paul understood you can’t legislate moral laws. Paul bid his followers to ignore Old Testament Laws. If the Morons and Christians can set aside their religious differences, then the innocent aborted unborn can enjoy a blessed eternal life – tommorow! Why are Christians and Mormons denying these innocents eternal life? How selfish!
Jews are complaining about how their dead are being brought to a eternal life by a special Mormon baptism. Anne Frank – the most famous holocaust victim – has been baptized five times by Mormons! My gosh, there is an endless supply of dead persons waiting to enter the kingdom pf God at abortion clinics all over America – and the world!
Just to be clear on this, Christian churches have never recognized folks being folks while in their mother’s womb, because on tombstones inside church grounds, the day you are born, and the day you die is etched. This is your church recognized life, your stay on earth before you moved on to everlasting life!
I’m talking about Everlasting Life for the Unborn!
Here’s how it works. The city where the abortion took place becomes the last name of the fetus. A computer chooses boy or girl. Since sex does not matter to these unborn angels, it is a random choice;
Brody Bronx
Brook Bronx
Brody and Brook are now in the Bronx family tree! The only hitch to this solution, is, do you tell the mothers their aborted babies are being baptized and blessed – then sent to live with Jesus in heaven? This might make it more O.K. for these mothers to go ahead with an abortion. It might be best to let them believe their babies are going to to hell. So, I might keep this solution a Holy Secret.
Jon the Nazarite

There are two trees associated with John the Baptist, the carob and the Acacia. The later has large thorns similar to the thorns that make up the crucifixion crown of Jesus. I believe the Acacia and Rachia tree mentioned in Barnabas 7:8 are the same tree.

Barnabas 7:8 And do ye all spit upon it and goad it, and place scarlet wool
about its head, and so let it be cast into the wilderness. And when it is so
done, he that taketh the goat into the wilderness leadeth it, and taketh off the
wool, and putteth it upon the branch which is called Rachia, the same whereof we
are wont to eat the shoots when we find them in the country. Of this briar alone
is the fruit thus sweet.

The fruit of this tree is sweet for a time, and then it turns bitter – as sweet as…