All night my angel wrestled with me. She told me to take what God wants me to own. Taking something for myself in this life, has been a real crisis. Why do I allow scum to walk over me and push me around. Why do I even mention their name. It has to do with the Founding of this Democracy, that put the Church in the hands of We the People. That Republican (evangelical) Senators of King Jesus are employing a woman prosecutor to question Ford, is such a slap in the face to women, who only earned the Right to Vote in 1920. The Protestant-Baptist- Catholic Church opposed this right – all the way! It is THE GREAT FLAW of our Founding Fathers. The Church in Democracy, was an EMPTY CHURCH. The Great Royal Families of Europe ALWAYS allowed their women to play a huge role in the Church. The Lombards are a good example.

The minute that woman prosecutor utters who first word in OUR Senate, not only is everything that came from Martin Luther, DEAD. this Democracy – is DEAD! This is The Great Humiliation of the People of the United States of America, who are THE JUDGES!

WE ARE THE JUDGES!

The Rrat Senators have set up a Protestant Inquisition, which is a breach of Separation of Church and State. My ancestor, Gottschalk Rosemond, defended the Great Erasmus from the Spanish Inquisition in Holland. Kavanaugh must submit to my questioning, and God’s Authority, in order to end this charade. Put him in a room with me – alone!

Pope Francis would be wise to contact Kavanaugh and ask about his visits to the confessional, for if he is put on our Supreme Court. and real evidence is presented he gang raped a minor, the Catholic church will come under more scrutiny, for, failing to screen those who rise to the top. Above is my ancestor’s book about reforming the Confession. It appears a Habsburg Royal owned it. His Latin name is spelled – ROSEMONDO.

Why was a Catholic chosen? No reporter is asking. I believe this is a secret way for the Pope to put a papal seal on the abortion issue. Are the women of this Democracy under attack by celibate men and the Papacy? We are on the eve of destruction!

The Rrat Heresy is being – severed – cut off! Good riddance!

A third woman has come forward to accuse Donald Trump’s Supreme Court pick, Brett Kavanaugh, of sexual misconduct, according to a statement published by her lawyer Michael Avenatti.

Avenatti tweeted a declaration made in the name of Julie Swetnick, a resident of Washington, D.C., which said she had met Kavanaugh and his school friend Mark Judge in the early 1980s.

The declaration said she had “observed Brett Kavanaugh drink excessively at these parties and engage in abusive and physically aggressive behavior towards girls, including pressing girls against him without their consent, ‘grinding’ against girls and and attempting to remove or shift girls clothing to expose private body parts.”

Some Republicans are worried that any attack on Ford’s character will be viewed as an attack on all women. Surely this is one reason Republicans on the committee have hired a female attorney to question both Ford and Kavanaugh.

Their fears are well-founded. According to our research, the committee’s gender disparity will send a powerful signal. The signal will not only concern whether Republicans respect women, but whether the committee can be trusted at all.

On this day, August 10, 2018, I claim all castles and lands that the Rosenberg, Seinsheim, and Schwarzenberg family acquired as rulers of Bohemia and Czechoslovakia . Erkinger Seinsheim is my 14th. great grandfather, and, Peter von Rosenberg, my 15th. This is approximate, and needs more study.

I was destined to save the land of my ancestors from Putin, the Ult-right, and Donald Trump who declared NATO an enemy of the United States. NATO was founded in order to save Czechoslovakia from the Soviet Union. There will be many posts on this Quest, that is a Dynastic as well as Political and National device to save NATO and all of Europe. Scroll down to see the property I might soon own.

God has blessed my endeavor and fills the sky with falling stars, as did fill the heavens when I was born on October 8, 1946

“The 1933[3][1] and 1946[1] Draconids had Zenithal Hourly Rates of thousands of meteors visible per hour, among the most impressive meteor storms of the 20th century.”

Peter Vok was born in Český Krumlov, the son of Jošt III of Rosenberg, then head of the house of Rožmberk, and his wife Anna of Rogendorf. Fourteen days after Peter’s birth, his father died. Peter came under the guardianship of first his uncle Petr V of Rožmberk and later Albrecht of Gutnštejn, Oldřich Holický of Šternberk and Jeroným Šlik.

He received his early education at home in the castle at Český Krumlov. Even as he reached adulthood, Peter lived in the shadow of his older brother William. While William was a life-long Catholic, Peter sympathised with Utraquism and eventually joined the Unity of the Brethren. William died in 1592, and Peter inherited the Rosenberg holdings.

From his childhood, Peter Wok grew up in the shadow of his older brother Wilhelm von Rosenberg who was being prepared for the position of Rosenberg. This was a reason why Peter Wok never achieved a more influential position or more success in politics and lived in seclusion at the Bechyně castle. He took over the care of the Rosenberg after Wilhelm´s death in 1592. Because he did not have any children with his wife Kateřina of Ludanice, he was forced to sell the Český Krumlov castle to Emperor Rudolf II von Habsburg in 1601, also because his family was in deep debt. Peter Wok used to be described in the older literature only as a spoiled profligate, but this is quite untrue. The “last Rosenberg” died in 1611 in his residence in Třeboň. See also the last Rosenberg, Peter Wok von Rosenberg.

The second half of the 16th century is usually called “the golden age of alchemy”. Beside Emperor Rudolf II. von Habsburg, it was Wilhelm von Rosenberg who became the most important Maecenas of the hermetic sciences, especially of alchemy. Around the House of Rosenberg, in fact, arose a second center of hermetic and alchemic activity. Not only renowned and lesser known enthusiastic seekers, but also skilled con artists worked their magic in the Prague Rosenberg Palace as well as in different seats of Wilhelm’s South Bohemian dominion – in Třeboň, Prachatice, and especially in Český Krumlov, which used to be called “the South Bohemian Mecca of alchemists”. 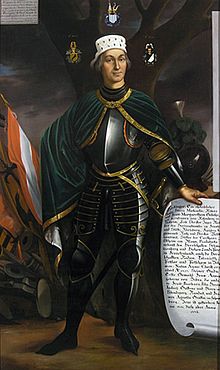 1 Response to My Rose Castles