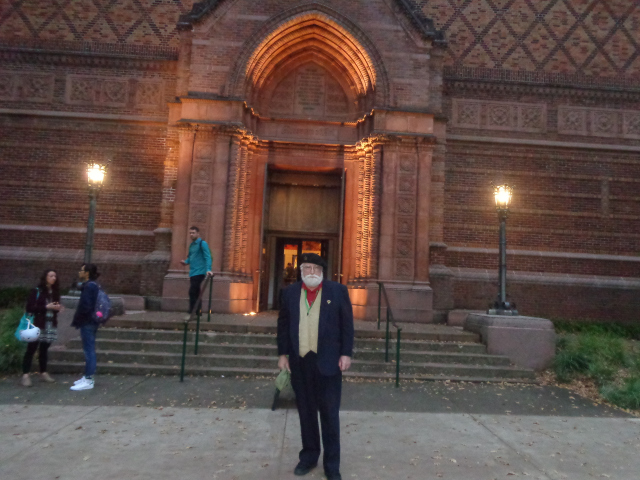 “And, behold, uthou shalt be dumb, and not able to speak, until the day that these things shall be performed, because thou believest not my words, which shall be fulfilled in their season.”

The reason Zachariah was bid not to speak, was so this Man of God would have no influence on his son while in his mother’s womb. Every Jewish male was a candidate for the second coming of Elijah who would know Perfect Torah. There had been alterations that Biblical scholars of today point out. They were known back then. John was not born to be a pointing finger – at Jesus – who did not know perfect Torah. Jesus was not born to do away with our sins. John the Baptist was going to restore The Word of God, and bring the Day of Atonement. John the Baptist was getting DIRECT lessons from God while in his mother’s womb. Only the one living Nazarite would discover this truth! This is why John was called ‘Son of God’. He was a Nazarite for life, seperated and consecrated – to God – and not to a fictional Virgin Mary. No Rabbi ever believed in the Virgin Mary.

John ‘The Only Nazarite’

John Speaks As Infant – Not Jesus! 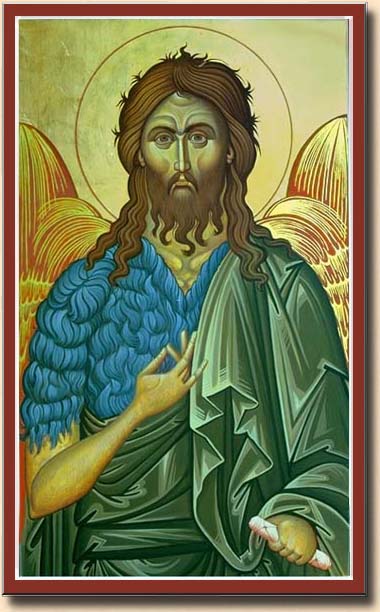 The Koran has Jesus speaking the moment he is born. Why is there no mention of this miracle in the New Testament? There is, in the birth narrative of John the Baptist, but it has been altered and concealed. I have come to open your eyes, your ears, and your mouth to the Truth!

The Koran got it wrong! John was the second coming of Elijah preaching about the coming Judgement Day – that never came because John was beheaded.

“And (Jesus) shall be a Sign (for the coming of) the Hour (of Judgment): therefore have no doubt about the (Hour) but follow ye Me: this is a Straight Way.”

“The man old in days will not hesitate to ask a small child seven days old about the place of life. For many who were first will become, last, and they will become one and the same.

To this day, every Jewish child is put in `Elijah’s Chair’ to be circumcised on the eight day. Every Jewish male is a candidate for the Messiah at this age. The child is questioned by a Rabbi if he is the Messiah, or Elijah who will prepare the way for the Messiah.

Because John descend from the priestly lineage of Aaron, and because his father served in the temple, silence was observed around John –even before he was born – lest he hear from his mother’s womb, un-perfect Torah. For a priestly child knows perfect Torah just before he come from his mother’s womb, but, God touches the child’s lips just before he enters the world, and he forget all he knew. But, not in the case of the rebirth of Elijah, and the birth of the Messiah.

On the eight day God may break the seal He put upon the Chosen One’s lips, and a Child, who is least, will lead the Congregation.

Behold! the angels said “O Mary! Allah giveth thee glad tidings of a Word from Him: his name will be Christ (Maseeh) Jesus the son of Mary held in honor in this world and the Hereafter and of (the company of) those nearest to Allah.
“He shall speak to the people in childhood and in maturity and he shall be (of the company) of the righteous.”
She said: “O my Lord! how shall I have a son when no man hath touched me?” He said: “Even so: Allah createth what He willeth; when He hath decreed a plan He but saith to it ‘Be’ and it is!

“And Allah will teach him the Book and Wisdom the Law and the Gospel.

I was born on October 8th. during an amazing star shower.

19:25 Thus, Jesus was born in late September or early October. This is when dates ripen in the Middle East to the point of falling off
the tree.

[19:27] She came to her family, carrying him. They said, “O Mary,
you have committed something that is totally unexpected.
[19:28] “O descendant of Aaron, your father was not a bad man, nor
was your mother unchaste.”
The Infant Makes a Statement
[19:29] She pointed to him. They said, “How can we talk with an
infant in the crib?”
[19:30] (The infant spoke and) said, “I am a servant of GOD. He has
given me the scripture, and has appointed me a prophet.
[19:31] “He made me blessed wherever I go, and enjoined me to
observe the Contact Prayers (Salat) and the obligatory charity
(Zakat) for as long as I live.
[19:32] “I am to honor my mother; He did not make me a disobedient
rebel.
[19:33] And peace be upon me the day I was born, the day I die, and
the day I get resurrected.”

59] On the eighth day they came to circumcise the child, and they
were going to name him after his father Zechariah, [60] but his
mother spoke up and said, “No! He is to be called John.”

[61] They said to her, “There is no one among your relatives who has
that name.”
[62] Then they made signs to his father, to find out what he would
like to name the child. [63] He asked for a writing tablet, and to
everyone’s astonishment he wrote, “His name is John.” [64]
Immediately his mouth was opened and his tongue was loosed, and he
began to speak, praising God. [65] The neighbors were all filled with
awe, and throughout the hill country of Judea people were talking
about all these things. [66] Everyone who heard this wondered about
it, asking, “What then is this child going to be?” For the Lord’s
hand was with him.
[67] His father Zechariah was filled with the Holy Spirit and
prophesied:

Every Jewish male born is a candidate for the SECOND COMING of
Elijah. For this reason the eight day old child is circumcised
in `Elijah’s Chair’. It was believed that while in the womb an angel
teaches the unborn child the Torah, and just before birth, the angel
touches the child’s lips with his forefinger, and the child forgets
all knowledge of the Torah. But, this would not be the case with the
return of Elijah who will emerge from his mother’s womb with perfect
understanding of the Torah, not only in its written form, but in the
spoken form known as the Talmud. It was for this reason Zachariah,
the priest, took a vow of silence, and his wife and kin, as John’s
parents are descended from Aaron and Moses, and thus the Levite
priesthood. Elisheba is titled a “daughter of Aaron”. For the reason
the Torah has been altered, and some very important meanings lost, it
was concluded the only hope of SALVATION for the Lord’s chosen
children, was the RESTORATION of the true Torah.

One has to inquire as to why priests would come to name Zachariah’s
son. A child is usually named after a deceased relative. When the
name John is given, a priest remarks “there is no one in your family
with that name.” There is an argument of sorts, which is crucial, for
I believe it is the newborn child WITHOUT SIN who names himself. I
believe he SIGNED with his fingers, then wrote on a slate “I am
Elijah”. This done, this child began to interpret Talmud, then
prophesize.