The Liberty Fleet gathers in the bay of Saint Eustatius Island. Their objective is to remove all the American Flags that fly in Jerusalem, and bring them aboard a ship that is still commissioned in the United State Navy.

When President Obama was elected, a group of thirty Republicans gathered in a restaurant and took a vow to destroy his Presidency. They found a fake grass-roots cult, called ‘The Tea Party Movement. They raised high the Gadsden flag that my Rosamond ancestor fought the British under. There are lions in their King’s flag. The Liberty Fleet Marines will capture all the Gadsden flags, and give them to the Palestinians in remembrance of the Boston Massacre. If they wish to drape their dead in these flags – so be it!

In the two Gulf Wars only four Israelis died. Before the was the State of Israel, millions of American Fighting Men, headed towards the two most powerful armed forces the world has ever known. Many men in uniform believed in Jesus. Many worshipped in a Synagogue. To claim you are the source, and all Judaic religions spring from you limited, racist, world view, will not do.

To call Jesus “garbage” is outrageous! To see the Israeli Army to fire on a crowd with women in it, and mow down sixty unarmed human beings, was such a grave insult to all Americans fighting men and women. For we did not win by superior might, but by superior courage. To throw OUR COURAGE in their gutter of blood, was pure evil. Many Zionist Jews claim that the allied forces could have saved millions of Jews – if we wanted! Ten of thousands of Israelis spit on the ground, when our backs are turned. They embrace the neo-Confederate racist that make up Trump’s base!

The Liberty Fleet that will soon set sail, is all-inclusive, and represents our Nation of Immigrants of all Creeds. Our freedom loving captains lay their charts upon a great oaken table inside Fort Orange. Then, a cannon volley is heard!

All on board! We set sail for the Promised Land!

My capturing the flag post is prophetic. Everyone thought Hillary would win. I kept my eye on the evangelicals. I was right. I use this language to sway swing voters. 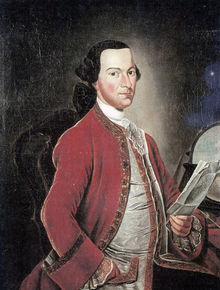 The island sold arms and ammunition to anyone willing to pay. It was one of the few places from which the young United States could obtain military stores. The good relationship between St. Eustatius and the United States resulted in the noted “First Salute”.

On November 16, 1776, Captain Isaiah Robinson of the 14-gun American brig Andrew Doria,[9] sailed into the anchorage below St. Eustatius’ Fort Oranje. Robinson announced his arrival by firing a thirteen gun salute, one gun for each of the thirteen American colonies in rebellion against Britain. Governor Johannes de Graaff replied with an eleven-gun salute from the cannons of Fort Oranje. International protocol required a two gun less acknowledgment of a sovereign flag. The Andrew Doria flew the Continental Colors of the fledgling United States. It was the first international acknowledgment of American independence.[Note 1] The Andrew Doria had arrived to purchase munitions for the American Revolutionary forces. She was also carrying a copy of the Declaration of Independence which was presented to Governor De Graaff. An earlier copy had been captured on the way to Holland by the British. It was wrapped in documents that the British believed to be a strange cipher. In reality the documents were written in Yiddish, to Jewish merchants in Holland.

U.S. President Franklin Delano Roosevelt came to St. Eustatius in 1939 to recognize the importance of the 1776 “First Salute”. He presented a large brass plaque to St. Eustatius which is displayed today under a flagpole atop the walls of Fort Oranje. President Roosevelt visited the island for 2 hours on February 27, 1939 on the USS Houston. The plaque reads:

The recognition provided the title for Barbara W. Tuchman‘s 1988 book The First Salute: A View of the American Revolution.

Capturing the Flag of the President’s Enemy

The Tea Party is no grassroots organization. It was born of the Koch brothers and Freedomworks, with the help of Dick Armey. Along with Cheney and Armey, these brothers, should be arrested and tried for Treason for the reason they do not abide by the results of a Democratic Election. Instead, they have plotted to undermine our Democracy and the Federal Government during a time of war.

With the formation of a Coalition of Real Freedom Fighters, it is now understood by real world leaders, that the war George W. Bush and Cheney waged in Iraq, is not over, and may never be over. If this is the case, then it is up to the Commander in Chief, and his party, to make long term plans to fight this war, without being hindered by real traitors, and a insane Congress that is AWOL.

My illustrious ancestors fought the British as South Carolina Patriots, and may have waved the ‘Don’t Tread On Me’ flag over their head. On this day, I grab this flag out of the clutches of fake military wing-nuts loyal to the fake End Time Rapture, Quacks, who together form a co-terrorist coalition – that have done nothing to bring the battle to ISIS. Instead, these treacherous Sore Losers employ ISIS to defeat Democratic candidates.

I hand over the flag of True Patriots to our Commander in Chief to do with it what he will. I suggest he use it to represent the Coalition of World Freedom Fighters, a means to bring a message to ISIS.

The Gadsden flag is a historical American flag with a yellow field depicting a rattlesnake coiled and ready to strike. Positioned below the rattlesnake are the words “Dont tread on me”. The flag is named after American general and statesman Christopher Gadsden (1724–1805), who designed it in 1775 during the American Revolution. It was also used by the Continental Marines as an early motto flag, along with the Moultrie Flag.

In 1754, during the French and Indian War, Franklin published his famous woodcut of a snake cut into eight sections. It represented the colonies, with New England joined together as the head and South Carolina as the tail, following their order along the coast. Under the snake was the message “Join, or Die“. This was the first political cartoon published in an American newspaper.

In fall 1775, the United States Navy was established by General George Washington in his role as Commander in Chief of all Continental Forces, before Esek Hopkins was named Commodore of the Navy. The Navy began with seven ships, often called “Washington Cruisers”, that flew the simple triangle shaped green tree with a trunk, the “Liberty Tree Flag” with the motto “Appeal to Heaven” according to the October 20, 1775 letter of Washington’s aide Colonel Joseph Reed, that is in the Library of Congress. The illustration on this page shows four flags, the one in the upper left is a common artist’s rendition, but is incorrect at least as far as the motto, which is “Appeal to Heaven”, not “AN APPEAL TO HEAVEN” according to the letter from Washington’s aide, and Caslon was the common typeface of the day, used on both the Declaration and the Constitution, not the sans serif typeface shown on the flag image.

Those first ships were used to intercept incoming British ships carrying war supplies to the British troops in the colonies to both deprive the supplies to the British and to supply to the Continental Army. One ship captured by Captain John Manley had 30,000 pairs of shoes on it, but the admiralty agent demanded his 2 1/2 per cent commission before he would release the cargo for Washington’s army, so many soldiers marched barefoot in the snow. To aid in this, the Second Continental Congress authorized the mustering of five companies of Marines to accompany the Navy on their first mission. The first Marines enlisted in the city of Philadelphia, and they carried drums painted yellow, depicting a coiled rattlesnake with thirteen rattles, and the motto “Don’t Tread on Me.” This is the first recorded mention of the future Gadsden flag’s symbolism.[citation needed]

At the Congress, Continental Colonel Christopher Gadsden represented his home state of South Carolina. He was one of seven members of the Marine Committee who were outfitting the first naval mission.[6]

Before the departure of that first mission in December 1775, the newly appointed commander-in-chief of the Navy, Commodore Esek Hopkins, received the yellow rattlesnake flag from Gadsden to serve as the distinctive personal standard of his flagship. It was displayed at the mainmast.[6]

Col. Gadsden presented to the Congress an elegant standard, such as is to be used by the commander in chief of the American Navy; being a yellow field, with a lively representation of a rattlesnake in the middle in the attitude of going to strike and these words underneath, “Don’t tread on me.”[7]

My kindred, Samuel Rosamond, Lemuel Benton, and Gavin Witherspoon, fought under the Francis Marion ‘The Swamp Fox’ in the War of Independence. John Witherspoon is a Signer and is kin to the Preston family, as are the three Patriots above. These four men are kindred to the Stewart family, and thus William and Harry Windsor. Add to this roster, the Hart and Hull family, then here is America’s most illustrious and Patriotic Family.

1 Response to Whose Flag? – Our Flag!