Why Consult a Master Augur? 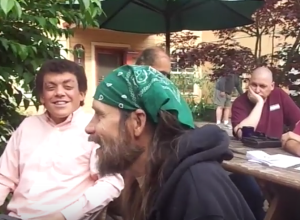 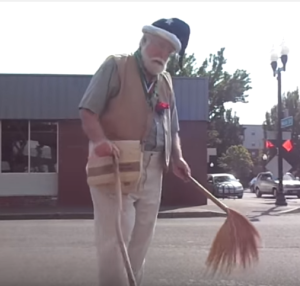 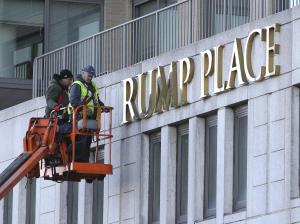 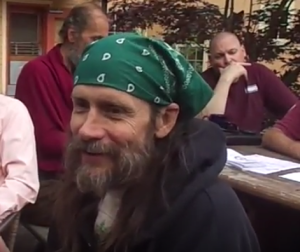 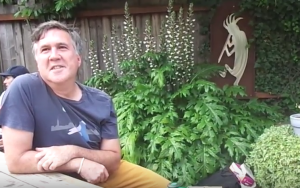 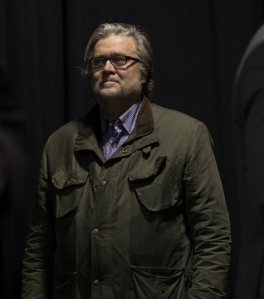 Trump stiffed the Master Augur he felt pressured into consulting (by ancient Italians who helped Giuliani rise to the top) and, look what happened to him! He never did want to become President of the United States. the Don was doing some crowd sourcing, and getting free publicity for the chain of golf courses he had in the works. PAR TRUMP. And, now look what he got himself into! The Fix-it Man swore he would never consult a master augur again.

Now, he will pay the piper. Everything he touches will turn into shit, not gold. I sent him my card seven days ago, after studying a flight of geese. No reply! Since Pennsylvania Avenue was laid out by the Pontimus Maximus of Washington, every President has consulted us before they head down that great way.  Mark Anthony was a Master Augur, as was Pontius Pilate, who submitted Jesus to a augur’s test, and announced;

“I find no fault in this king.”

My real Patriotic kinfolk consulted a Master augur before they went into battle with the British. We had a Mime Troupe, too. We made fun of the Brits. We made giant slingshots, and bombarded them with watermelons while in black face.

The augur was a priest and official in the classical Roman world. His main role was the practice of augury, interpreting the will of the gods by studying the flight of birds: whether they are flying in groups or alone, what noises they make as they fly, direction of flight and what kind of birds they are. This was known as “taking the auspices.” The ceremony and function of the augur was central to any major undertaking in Roman society—public or private—including matters of war, commerce, and religion.

When I went to see Laura, Alley Valkyries’ attorney, I was in my Augur outfit. I am trying to sell my vision, my idea, where a hundred thousand left-wing radicals and liberals register as Republicans, and disrupt that party from within. Laura and Hermes are tying to be polite to this crazy dude wearing a Merlin hat. The smirking dude wearing a green scarf, chose to be rude to this Master Augur. (Woe be!) He made fun of me, and scoffed. He was so sure he was in the creamy nugget center of Hipness and Hippiedom, and had all the Right Stuff. He gleefully informs me I have an uphill battle getting anyone to listen to me, least follow me – the nut!

I told him about the radical Republicans and the Forty-Eighters who fought to the Confederates. Who foresaw Trump winning the White House with the help of a Neo-Confederate racists whose thugs took over the Republican party, and, are using Trump as their puppet? Too bad we didn’t have a dog in the fight – for the inner sanctum – real shit-disturbers opposing the nomination of Trump – and getting in the face of Stephen Bannon. Now, the whole damn left, and all of liberalism, have an uphill battle! Are you ready now……….to consult the Master Augur?

Take note of the creature playing a Shepard’s flute in the garden. Who is that? I design golf courses, by the way.

“I know we’re not saints or virgins or lunatics; we know all the lust and lavatory jokes, and most of the dirty people; we can catch buses and count our change and cross the roads and talk real sentences. But our innocence goes awfully deep, and our discreditable secret is that we don’t know anything at all, and our horrid inner secret is that we don’t care that we don’t.”
—Dylan Thomas (1914–1953)

Here is some music to augur by. Note how desperate Huckabee is to back down from the fight he picked with students. Does he fear a mass rebellion of students line we saw in the 60s, where several universities were shut down?

The story, appearing on the Conservative Tribune website, blamed an attack in March at Northwestern University on “liberal, Jewish Northwestern students” seeking to smear Trump and his supporters.

“They accused me of spreading false information and hatred, and demanded an apology,” Huckabee said of the Daily News. “And they’re right, I do owe readers an apology.

Huckabee, who has millions of followers on Facebook, frequently posts poorly sourced stories from conservative websites.

He ran in the Republican primaries this election but dropped out early and endorsed Trump, who last week won the presidential election.

In the removed posting, captured in a screenshot by King, Huckabee not only shared the article, but summarized it in the comment part of the post, stating “Everything You Know is Wrong Dept.”

The Conservative Tribune story made it appear as if the vandalism was recent, although it took place in March.

Contemporary reporting by the Chicago Tribune of the vandalism in March on Northwestern’s nondenominational chapel said the students were charged with spray-painting a swastika, homophobic and racist slurs as well as the name “Trump” in the chapel.

The Chicago Tribune did not identify the accused, Anthony Morales, 19, and Matthew Kafker, 18, with any political allegiance or otherwise suggest that the attack was a false flag bid to smear Trump, nor did it say they were Jewish.

Huckabee, who leads tours of evangelical Christians to Israel, said in his apology that he identified the students as Jewish because that’s how they were described in the Conservative Tribune story. He did not intend it as a slur.

“It was considered relevant only because the hateful graffiti included a swastika, obviously intended to make it falsely appear that the vandalism was committed by anti-Jewish Trump supporters,” he said, evidently sticking to his belief, absent any evidence, that the attack was an attempt to smear Trump.

The Conservative Tribune also corrected the story online, and in an attached note attributed its designation of the students as Jewish to another dubiously sourced conservative website, Gateway Pundit.

The Jewish identification remained on the Gateway Pundit’s posting Wednesday night. It’s not clear why the Gateway Pundit made the assumption; it linked to a New York Jewish Week account of the vandalism, which did not identify the students as Jewish.