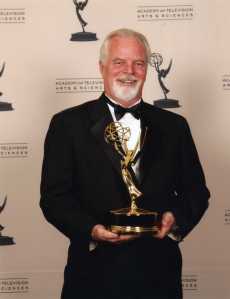 Supposedly, Outsider Stacey Pierrot, had an agreement with Carrie Fisher to author the biography of my late sister, Christine Rosamond Presco, the sister-in-law of, Mary Ann Presco, who was married to David Seidler, who won an academy award for his screenplay in the movie ‘The King’s English’. David and Mary Ann will be in the Rosamond Family Tree I am compiling. Rick Partlow will be there because he was married to Christine. Rick won an Emmy for his foley work in the series ‘Battlestar Galactica’. If I can get some real proof Mary Ann was married to Thomas Pynchon, then he will be in this rosy tree, as will Elizabeth Rosemond Taylor, who was married to Eddy Fisher. Garth Benton did some acting and was married to Alley McBride. Benton did murals in the homes of the Stars.

This is a Starry constellation that I hereby title ‘The Royal Rosamond Space Academy’. As a descendant of the Master of the Falcon Art College in Holland, who commissioned Hieronymus Bosch to execute his otherworldly painting, I am going to teach young people how to get Out There – without drugs! Science Fiction Author, Daemon Knight, wrote a book on Bosch.

Five days ago I thought I had found faint evidence our dear old friend, Keith Purvis, was alive. I had found an old e-mail. a day later, my message was returned.  Keith is seen on a bridge in Venus California with Tim O’Connor, Peter Shapiro, and myself. We lived together in a Victorian house with the ‘Loading Zone’. The four of us were together in Mary Ann Presco’s Victorian house where we conducted a Second Wedding Ceremony. Peter had invited Swami X to join us in the ‘Space Loading Zone’ after we have been launched into Space. Tim’s fathers played Elias Huer in the Buck Rogers T.V. series. Pynchon is a Science Fiction Writer, of sorts. The RRSA will teach a course on Pynchon and his hits on Godzilla, that dovetail nicely.

Last night, I watched ‘Star Wars The Force Awakens’. At the end of this movie, Keith is found in what looks like the ruins of a monastery in Scotland. Keith’s mother descends for the O-Neil Kings of Ireland. The study of the syncretistic Art Movement will round off this most excellent and unique Academy that will be the equal of Le Rosey in Switzerland where Liz sent my kindred.  The last scene was shot on the Irish Island of Skelling Micahel. Here is where our lessons will begin. Keith looks just like the O’neil kings.

If Trump gets elected, and has a perverse relationship with Putin, then I will bring the Roza Mira teaching to America in order to prepare Creative Souls for the worse! May The Rose of the World Force, be with you. 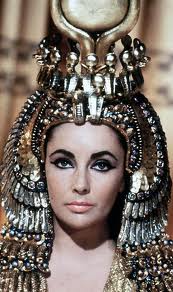 Use the Rose Force! 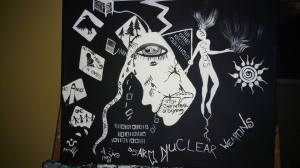 Carrie Frances Fisher (born October 21, 1956) is an American actress and writer. She is best known for her role asPrincess Leia in the original Star Wars trilogy (1977–83) and Star Wars: The Force Awakens (2015). Fisher is also known for her semi-autobiographical novels, including Postcards from the Edge, and the screenplay for the film of the same name, as well as her autobiographical one-woman play, and its nonfiction book, Wishful Drinking, based on the show. Her other film roles include Shampoo (1975), The Blues Brothers (1980), Hannah and Her Sisters (1986), The ‘Burbs (1989), and When Harry Met Sally… (1989).

Carrie Frances Fisher was born in Beverly Hills, California, the daughter of singer Eddie Fisher and actress Debbie Reynolds.[1] Her father was Jewish, the son of immigrants from Russia, and her mother was raised a Nazarene, and is of Scots-Irish and English ancestry.[2][3][4][5] Her younger brother is producer and actor Todd Fisher, and her half-sisters are actresses Joely Fisher and Tricia Leigh Fisher, whose mother is singer and actress Connie Stevens.

When Fisher was two, her parents divorced after her father left Reynolds for her mother’s close friend, actress Elizabeth Taylor, the widow of her father’s best friendMike Todd.[6] The following year, her mother married Harry Karl, owner of a shoe-store chain, who secretly spent Reynolds’ life savings.[6]

Fisher “hid in books” as a child, becoming known in her family as “the bookworm.”[7] She spent her earliest years reading classic literature, and writing poetry. She attended Beverly Hills High School until, at age 15, she appeared as a debutante and singer in the hit Broadway revival Irene (1973), which starred her mother.[8] This activity interfered with her education, and she never graduated from high school.[9]

In 1973, Fisher enrolled at London‘s Central School of Speech and Drama, which she attended for eighteen months,[10] and in 1978, Fisher was accepted to Sarah Lawrence College, where she planned to study the arts. However, she left before graduating due to conflicts with the filming of Star Wars.[11]

Our goal is nothing less than the reinvention of the science fiction television series. We take as a given the idea that the traditional space opera, with its stock characters, techno-double-talk, bumpy-headed aliens, thespian histrionics, and empty heroics has run its course and a new approach is required. That approach is to introduce realism into what has heretofore been an aggressively unrealistic genre. Call it “Naturalistic Science Fiction.” This idea, the presentation of a fantastical situation in naturalistic terms, will permeate every aspect of our series.

Buck Rogers in the 25th Century is an American science-fiction adventure television series produced by Universal Studios. The series ran for two seasons between 1979 and 1981, and the feature-length pilot episode for the series was released as a theatrical film,[2] before the series aired. The film and series were developed by Glen A. Larson and Leslie Stevens, based on the character Buck Rogers created in 1928 by Philip Francis Nowlan that had previously been featured in comic strips, novellas, a serial film, and on television and radio.[3]

Tim O’Connor (born July 3, 1927) is an American character actor known for his prolific work in television, although he has made only a few appearances since the early 1990s. Before moving to California, he lived on an island in the middle of Glen Wild Lake, near Bloomingdale, New Jersey. O’Connor specialized in playing officials, military men, and police officers.[1]

Some of O’Connor’s best-known roles include: Dr. Elias Huer in Buck Rogers in the 25th Century, Jack Boland inGeneral Hospital, and Elliot Carson in Peyton Place. He also had recurring roles on Barnaby Jones and Dynasty.

In recent years, O’Connor was a director for The Foothill Theater Company in Nevada City, California, before it closed. O’Connor starred in the 2011 film Dreams Awake (with Buck Rogers in the 25th Century co-star Erin Gray).

We know her best as Star Wars’ Princess Leia. But Carrie Fisher is also Hollywood royalty, friend to the famous, daughter of American superstars – and stepdaughter of Elizabeth Taylor. Here, in her sparkling and unique style, Carrie tells of the extraordinary day screen legend Liz settled an old score . . .

My parents, Eddie Fisher and Debbie Reynolds, weren’t really people in the traditional sense. I think this was partly because they were stars before their characters had a chance to form.

A studio essentially designed my mom – they had her ears surgically pinned back, shaved her eyebrows (which never grew back) and changed her name. They made her into this celebrity someone, new and improved. A star!

Discover Ireland, a tourism site for the country, released a “Behind the Scenes” promotional video on Monday showing the film’s director J.J. Abrams and crew on the island of Skellig Michael off the southwest coast of the mainland.

Skellig Michael (Irish: Sceilig Mhichíl), also called Great Skellig (Irish: Sceilig Mhór), is the larger of the two Skellig Islands, 11.6 kilometres (7.2 mi) west of the Iveragh peninsula in County Kerry, Ireland.[2] A Christian monastery was founded on the island at some point between the 6th and 8th century and remained continuously occupied until it was abandoned in the late 12th century. The remains of the monastery, and most of the island, became a UNESCO World Heritage Site in 1996.[2]

In Irish origin legends, Míl Espáine or Míl Espáne (later Latinized as Milesius; also Miled/Miledh) is the mythical ancestor of the final inhabitants of Ireland, the “sons of Míl” or Milesians, who represent the vast majority of the Irish Gaels. His father was Bile, son of Breogan.

His name is an Irish version of Latin Miles Hispaniae, meaning “Soldier of Hispania“, which is attested in a passage (§ 13) in the 9th-century semi-historical workHistoria Brittonum (“The History of the Britons”). The work offers an account of how Ireland was successively taken by settlers from Iberia, among them Partholom,Nimeth and the “three sons of a Hispanic soldier” (tres filii militis Hispaniae).[1] As A.G. van Hamel has suggested, the status of Iberia as the land of origin can be traced back to Isidore of Seville, who in the introduction to his history of the Goths, Vandals and Suebi had elevated Iberia to the “mother of all races”.[2] A further explanation may lie in the mistake made by some classical geographers in locating Ireland closely opposite Iberia. For instance, the Lebar Gabála (§ 100) recounts that from Bregon’s Tower, the Milesian Íth was able to see right across the sea to Ireland.[3]

He served as a soldier in Scythia and Egypt, before remembering a prophecy that his descendants would rule Ireland. He set off to the west, getting as far as Iberia where he fought several battles before dying, never seeing Ireland himself.

He figures prominently in the mythological genealogies of John O’Hart, being the common ancestor of all the Irish.

Milesius died in Iberia before he could reach the Isle of Destiny. His wife Scota went to Ireland with their eight sons. Due to some terrible storms, (attributed to the magic of the Tuatha Dé Danann who already lived in Ireland) most of Milesius’ sons died when they tried to land.

The O’Neill dynasty (Irish: Ó Néill) is a group of families, ultimately all of Irish Gaelic origin, that have held prominent positions and titles in Ireland and elsewhere. As Chiefs of Cenél nEógain, they are historically the most prominent family of the Northern Uí Néill, along with the O’Donnell and O’Doherty. The O’Neills hold that their ancestors were Kings of Ailech during the Early Middle Ages, as descendants of Niall of the Nine Hostages.

A number of their progenitors and members are named as High Kings of Ireland, such as Niall Glúndub (from whom they take their name) and Domnall ua Néill. From 1185 until 1616, the O’Neills were sovereign Kings of Tír Eógain, holding territories in the north of Ireland; particularly around what is today County Tyrone. After their realm was merged with theKingdom of Ireland and the land was caught up in the Plantation of Ulster, they were involved in a number of significant events, such as Tyrone’s Rebellion, the Flight of the Earls, the Irish Rebellion of 1641 and the Irish Confederate Wars.