The Friggen Eye of Good and Evil 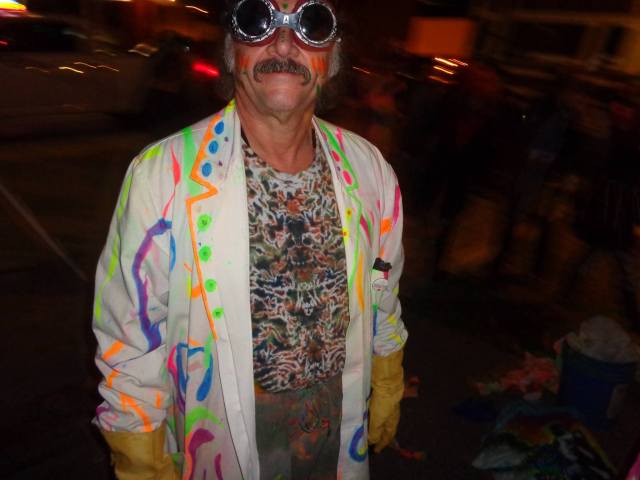 The Friggen Eye of Good and Evil

If America has a European Union

it is located in Eugene Oregon

where Kesey founded a New Reality

that a million folks voted for

just before they lost their minds

A year ago I bought a eyeball

in order to get the kids at the family campground

in a fantasy game.

With no T’V or computer

they were bored out of their wits!

At a nearby yard sale

I bought an old loggers axe

and put it in the water.

I told the children it belonged to the blind Cyclops

who is in the woods looking for his lost eye

so he can find his lost magical axe.

This play went on most of the day.

in the forest during the partial eclipse.

Some parents mocked me.

One demanded I tell her child I was making it all up.

This mother demanded I confess to the children

there is no such thing as magic.

Then, one of the older boys found it

in the woods, where he went to take a pee.

“I don’t know what’s going on.

But, there are glowing things all over the forest floor!”

The uncle of these kids made the tracks of a dragon.

Earlier, a father staged a mock battle against a costumed monster

I give the operator of the Kesey Time Machine

the Evil Eye, and he puts it under his goggle.

A Magical Friend suggested this is where it came from.

Of course! He is wearing goggles to hide the truth,

Returned to the owner, I enter………

Zane Kesey made it clear this was a LSD-free event.

I have dressed in costume most of my life.

My Bohemian friends and I were into street theatre.

At the family campground my magical drama was mocked.

Then, someone found the foxfire.

that we were hounded, followed

spied upon, arrested, and imprisoned

for doing weird-ass shit with our eyeballs.

was a magical day!

We were Fox Fire.

1 Response to The Friggen Eye of Good and Evil