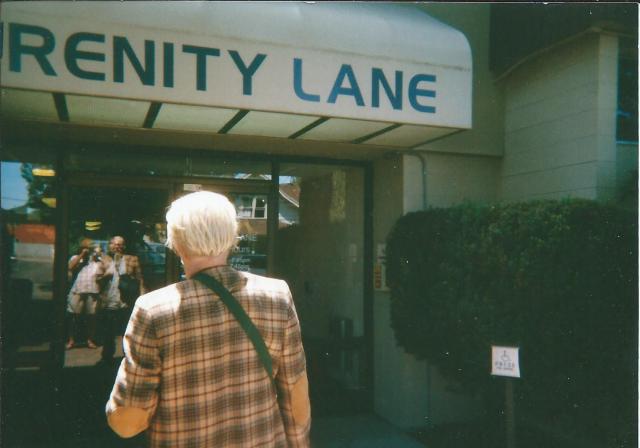 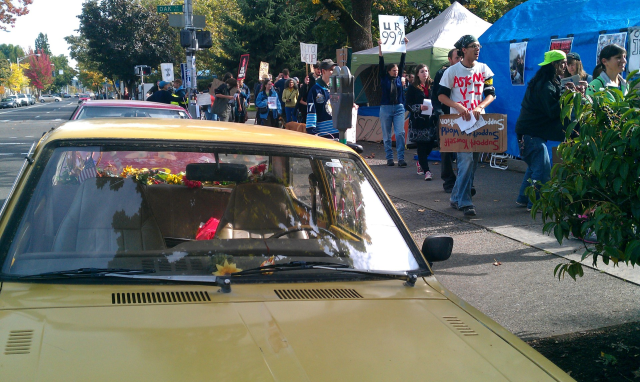 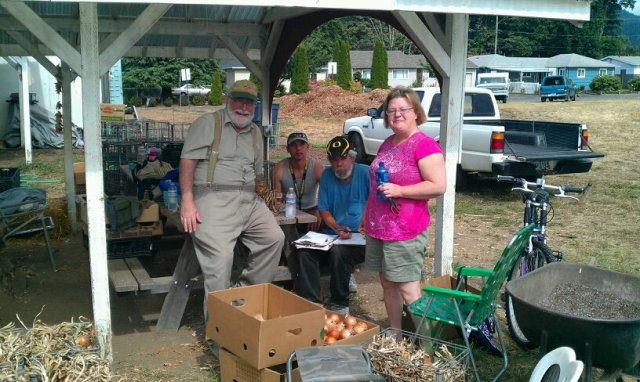 Ed Corbin was my neighbor, who lived next door to Hollis Williams who died two years ago. I adopted our mutual friend and paid for his funeral from the $30,000 dollars left to my by my uncle in a Trust. I paid for half of the memorial held at the Campbell Senior Center, across the street from Ed. Above is a photo of me spreading Hollis’s ashes. I worked with Hud-Vash to get H into a apartment.

For years I would bicycle to Ed’s house after blogging for ten hours. We plaid video games. After he had several strokes, I took him to Serenity Lane were he stayed a month. After three months sober, he went back to drinking, and had more strokes. His three sons wanted me to spend more time with Ed, who saw these video games as therapy. It worked. Ed’s recovery from the strokes is a miracle. I got him to cut his drinking way down. For the next two years I never saw him go on a binge, that rendered him insane. He had become a out of control wild man. Thanks to me, Ed is now enjoying two beautiful grandchildren.

Above is my famous Toyota ‘The Mustardmobile’. For years I took Ed shopping in it. I took Hollis and his autistic friends to the Food Kitchen, and a church for a free meal. Here is the Mustardmobile parked in front of OCCUPY Eugene where many homeless people camped. We were against the Millionaire Club who collapsed our economy.  The Mustardmobile was used to drive Jonny Gall to many of his doctor meetings. I had no problem waiting for a couple hours, because I had spent thousands of hours babysitting Ed – for free! Jonny died of a rare disease.

After my daughter and her Tea Party lover called me a “parasite” because I get SSI, I dismissed her as the Trustee of the Vincent Rice Trust. My friend, Mark Gall, refused to serve as the second named Trustee, he citing his caring for his dying son took up much of his time. However, he asked me if he could rent my apartment out a couple times a week so he could fornicate with his lover. After asking him where I was supposed to go while screwed a stranger in my bed, he suggested I sit out in my truck for several hours.

Ed has me give his good friend a call so we could meet. Ed and Mark went to Harvard together. Ed’s ex found Mark was also in Eugene, and got them to meet. At first I did not like Mark ‘The Millionaire’ because after inviting us to go hit balls at the range, and after Ed told him he had no money, Mark suggested he was a parasite on the rich. He lectured my friend all the way home on he being a burden on society. It cost me $1,800 dollars to hire a professional Trustee.

I get HUD. It is illegal for me to sublet my apartment. I live in low-cost housing, and would be evicted if I pimped my dwelling out. My Trust is a Special Needs Trust.  My ex-Trustee told me I should be prepared to vacated my premises when ever his need arises – without giving ne any notice. Management has to give me 24 hour notice to enter.

Two months ago my neighbor Sandra died. For two years I was there for her. I took her to doctor appointments. I watched her waste away due to Lukenia. She took her life.

I watched my good friend, Jon Gall waste away and become a vegetable. I helped so many people, and I get $700 dollars a month to liver on. I bought my kin, Michael Dundon new teeth costing $2,000. Yesterday was my birthday. I only heard from Marilyn Reed who took me out to dinner. I revealed more information on why I own a Christ-complex., that bid me to try to save the world and as many people as I can. The Fadeley’s were not invited to Jon’s funeral, either and perhaps for the same reason”

“Also, you use gatherings as an opportunity to let people know how important you are, how you are an expert, how you are kin to royalty and famous people.  My gathering was intended to focus on my son, not you.”

This comes from the guy who bought Ed Corbin a bucket of golf balls for $4 bucks, then told us how successful he is, how great he is, he written up in several Who’s Who. We were a rented audience. Who hogged all the limelight at my friend’s funeral?

Here I am volunteering my time at the rest home Mark’s mother stayed in. She was evicted for demanding she be the center of attention. I took Ray to synagogue. She was convinced her son was going to take her out into the woods to be eaten by a bear. Ray bit one of her handlers on the hand who was trying to feed her.

Then there are the thousands of hours I spent babysitting head-injured Virginia Hambley who kin to much royalty. Here is a pic of Joy and I marching against the war. Did the Galls and the Corbins help me rescue my grandson? You’ll have to read my book.

The way I see it, is if Mr. Gall had time to fuck his lover in my abode, then he had time to sign a few checks a month, as my Trustee. But, I am not a professional. What does my attorney think. I am mentally disabled.

In the top photo you see my reflection in the window right next to Ed, us two good old buddies side by side. In the last four years we have seen each other twice. What went wrong? The Corbins came into some money. You figure it out. Virginia and Ed are now being for by professionals who get a salary. Jon, Sandra, and Hollis were also cared for by folks who got a wage. I cared – for free! But, could I be trusted that this was enough for me? I once had great friends, or, so I thought.

Mark’s wife, Joy Gall, was supposed to be my friend, too. I turned her husband down in an e-mail, and got this reply;

“My “adulterous affairs”. You led me to believe you were a free-loving Bohemian. Your comments are more typical of a Christian fundamentalist. — M. D. “Mark” Gall Professor Emeritus University of Oregon

I did not lead you to believe I was a “free-loving Bohemian”. Is there such a thing in regards to betraying your wife or husband? I don’t recall, and, I was there. I was a real Beatnik, Bohemian, and Hippie. You and Joy were none of the above – are none of the above! You were never a member of MY harmonious group! I shut my door on your little pecker! You got back at me?

You are not even Liberals, because real Liberals don’t hold elite memorials like you did. That you believed I was open to you giving me money for the use of my home for covert fornication, is against everything real Bohemians believe in. We never take money, you fucking moron, because, how can it be Free Love.

Straights used to offer hippie couples money if they could watch us fornicate. That’s how I saw you, and your offer. You wanted to believe I was not a moral person so you could get your rocks off. Meanwhile back at the ‘House of Hypocricy’ yiu and Joy are wearing the halos of Saints.

Also, you use gatherings as an opportunity to let people know how important you are, how you are an expert, how you are kin to royalty and famous people.  My gathering was intended to focus on my son, not you.

I did not disinvite you to our gathering for Jon.  Nor did I invite you.  I am more convinced than ever that I made the right decision.

You have some good qualities, Jon, but you have other qualities that create conflict with others.  Just make a list of all the people you’ve gotten terribly angry with.