The Wolf & The Swan

Now the Rose of the World steps through the Arch of Heavenly Glory and restores the world to the Creative and the Just!

My kindred belonged to several Guilds in Switzerland and Holland. Gottschalk Rosemont signed his name with a fully open rose instead of a budding rose, which tells me he was the Master of the Swan Brotherhood.

They had assigned chairs and drank from their own cup. I have no worries about Dan Brown suing me and my illustrious history.

At first I was bugged by this woman’s hair. For God’s sake, give her a comb! But, then I realized she is of high status. When you are really somebody, you wash your hair, pat it dry, and you are ready to seize the day!

After I died, I came upon my young parents sitting naked in the sand. They were playing cards. All the face cards were talking to me – in  a foreign language – that I later recognize as Dutch. Let me do what I must do. Stop getting in my way! Holland will soon let in Syrian refugees. I am gathering a force to combat ISIS. No, not the ‘Please Force’.

That is a hand-drawn Habsburg Cote of Arms next to the Rose. This book may have belonged to Charles Quint who was stealing gold in the New World. It reads;

“The Falcon” after the Falcon Art College Rosemont was the Master of. I suspect he commissioned Bosch, and contributed to some of his work. 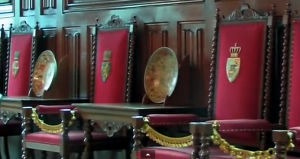 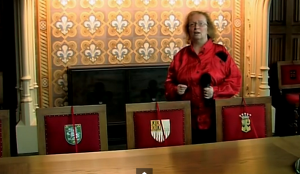 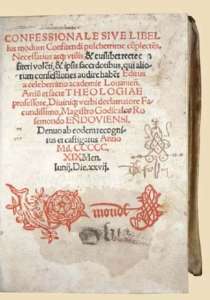 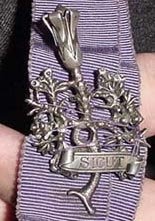 The emblem worn by the Swan Brethren depicts a a rose, or lily,
amongst thorns. At the root of the rose is the Latin word SICUT which
is the first word from a line from Song of Songs.

2:2. As the lily among thorns, so is my love among the daughters.
Sicut lilium inter spinas sic amica mea inter filias

On the façade of the Swan Brethren House are four statues, effigies
of Prince William 1 of Orange, Ghisbertus van der Poorten, Gerardus
of Uden, and Earl Floris van Egmond van Buren. Gerardus is the knight
with the shield. Ghisbertus may be second from the right. I have
every reason to believe Ghisbertus is Ghisbertus Roesmont son of
Danielis Roesmont, a Swan Brethren, and Adriana Theodorici Rover.
Heilwigis Arnoldi Danielis Roesmont married Arnoldus Rover Van der
Poirten, or Poorten, meaning “of the port”. Ghisbertus sat in
the “ships chair” which I assume means he was `Captain of the Port’.
Because he was the Master of Janskerk Church, which was allied with
the Swan Brethren, I believe it was Gisbertus Roesmont who gifted the
house of the brotherhood in 1483, and thus is one of the four statues
put on the Zwanenbroedershuis.

The Swan Brotherhood dined once a year on roasted swan. They ate from
plates with their coat of arms upon them, and the word “Sicut” The
Swan Brotherhood commissioned one of their members, Hieronymus Bosch,
to depict the Wedding at Cana where Jesus and his mother were
present. The words “Sicut lilium inter spinas ” are associated with
the Virgin Mother and the Canticle of Canticles. It appears that the
Swan Brethren have created a Last Supper worship around Mary, who is
titled the Rose of the World, or, Rosa Mundi. The Brotherhood
incorporated the Genealogy of Jesse of the House of David in their
worship which suggests they may be honoring a Davidic lineage that
was present at the wedding in Cana, and perhaps managed to stay
together after the fall of the temple. Did they migrate to Holland?
There is a Jewish line of the Van der Poorten family.

The Swan Brotherhood also drank from a cup, or beaker, called
a “drinkkannen” or “drinkbeker” These beakers were owned by the
members and had their coat of arms upon them. Ghisbertus and Danielis
Roesmont were Swan Brethren, thus these beakers are the Rosemont
families Holy Grail, the third one I have found. It appears these
beakers enjoined the owner with the cup that Jesus drank from at the
wedding of one of his kinfolk. Here is a supper where a Holy Bond is
made between members of the Holy Family. This Holy Family associates
itself with a Lily, or Rose, and thus to wear the emblem of Swan
Brethren is to be joined to the Holy Rose Tree where you are seen as
a budding rose amongst the thorns. Here is where my genealogical
search for my Rose liniage ends, where it began. In the images above
we see the symbols and Biblical passages that were applied to the
Virgin Mary that come from the Canticle of Canticles.

1 Response to The Wolf & The Swan