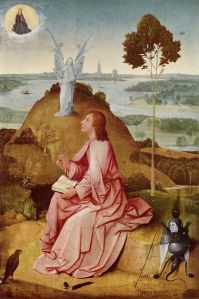 For over three years I have been telling my close friends I own no dream of the future.

“I see no beauty, there. There night not be a future.”

In June I set myself up to author the next Ring Trilogy. I then call for good knight to come to Rose Mountain. This morning I discovered that Armageddon means ‘Mountain of Assembly’.

It appears our President has been asking for the backing of many nations in the new Cold War, and War against ISIS. I suspect most refused because they want the U.S. to do all the fighting, pay the cost of war, and take the brunt of terrorists attacks.

We should unite with Canada, Mexico, all the Americas, and create a New United States of America. We then turn our backs on the rest of the world and defend one common border.

ISIS and Russia will then be due for a War of Wars after the fall of Turkey. Let Russia nuke ISIS.

In what sounded like a warning to the West against imposing further sanctions on Russia, Putin reminded the outside world that Russia is nuclear-armed and ready to defend itself.

“Thank God, I think no one is thinking of unleashing a large-scale conflict with Russia. I want to remind you that Russia is one of the leading nuclear powers,” he said.

Alluding to Western countries, Putin added that “Russia’s partners … should understand it’s best not to mess with us.”

The ISIS laptop contains a 19-page document in Arabic on how to develop biological weapons and how to weaponize the bubonic plague from infected animals.

“The advantage of biological weapons is that they do not cost a lot of money, while the human casualties can be huge,” the document states.
The document includes instructions for how to test the weaponized disease safely, before it is used in a terrorist attack. “When the microbe is injected in small mice, the symptoms of the disease should start to appear within 24 hours,” the document says.

The laptop also includes a 26-page fatwa, or Islamic ruling, on the usage of weapons of mass destruction. “If Muslims cannot defeat the kafir [unbelievers] in a different way, it is permissible to use weapons of mass destruction,” states the fatwa by Saudi jihadi cleric Nasir al-Fahd, who is currently imprisoned in Saudi Arabia. “Even if it kills all of them and wipes them and their descendants off the face of the Earth.”

Behold, I will send you Elijah the prophet before the coming of the great and dreadful day of the LORD.” (Malachi 4:5)

Other scholars, including C. C. Torrey, Kline and Jordan argue that the word is derived from the Hebrew moed (מועד), meaning “assembly”.  Thus, “Armageddon” would mean “Mountain of Assembly,” which Jordan says is “a reference to the assembly at Mount Sinai, and to its replacement, Mount Zion.”[10]

The traditional viewpoint interprets this bible prophecy to be symbolic of the progression of the world toward the “great day of God, the Almighty” in which the great looming mountain of Gods just and holy wrath is poured out against unrepentant sinners, led by satan, in a literal end of the world final confrontation. Armageddon is the symbolic name given to this event based on scripture references regarding divine obliteration of God’s enemies. The hermeneutical method supports this position by referencing Judges 4 and 5 where God miraculously destroys the enemy of His elect, Israel, at Megiddo.[citation needed]
Christian scholar William Hendriksen says:
“For this cause, Har Magedon is the symbol of every battle in which, when the need is greatest and believers are oppressed, the Lord suddenly reveals His power in the interest of His distressed people and defeats the enemy. When Sennacherib’s 185,000 are slain by the angle of Jehovah, that is a shadow of the final Har-Magedon. When God grants a little handful of Maccabees a glorious victory over an enemy which far outnumbers it, that is a type of Har-Magedon. But the real, the great, the final Har Magedon coincides with the time of satan’s little season. Then the world, under the leadership of Satan, anti-Christian government, and anti-Christian religion – the dragon, the beast, and the false prophet – is gathered against the Church for the final battle, and the need is greatest; when God’s children, oppressed on every side, cry for help; then suddenly, dramatically, Christ will appear on the clouds of glory to deliver his people, that is Har-Magedon.” [12]

https://rosamondpress.com/2014/08/12/pynchons-apocalypse/
“This is a blatant violation of Ukraine’s sovereignty and territorial integrity. It defies all diplomatic efforts for a peaceful solution,” Rasmussen said.

“Despite Moscow’s hollow denials, it is now clear that Russian troops and equipment have illegally crossed the border into eastern and southeastern Ukraine,” Rasmussen said. “This is not an isolated action, but part of a dangerous pattern over many months to destabilize Ukraine as a sovereign nation.”

He warned Russia that its military involvement on its neighbor’s territory “can only deepen the crisis in the region, which Russia itself has created and has continued to fuel.”

Foreign ministers of the 28-nation European Union met in Milan, Italy, on Friday and heard appeals from some member nations for tougher sanctions against Russia to punish its latest aggression against Ukraine.

Send troops into the Ukraine, a non American ally that can’t even fight on their own against the Russians? If you want to go down there, go ahead, but until he hits a NATO country, we should not.

“We are now in the midst of the second Russian invasion of Ukraine within a year,” said Swedish Foreign Minister Carl Bildt, referring to Russia’s annexation of Crimea in March. Citing the reported intrusion of Russian tanks and troops and the seizure of Novoazovsk this week, Bildt said the European alliance must “call a spade a spade.”

At the youth camp on the shores of Lake Seliger, northwest of Moscow, Putin was filmed chatting with young Russians about the need to be “ready to repel any aggression towards Russia.”

Putin denied that Russia was involved in the fighting in eastern Ukraine that has taken 2,600 lives since April, calling Ukrainians and Russians “one people.”

“This is a blatant violation of Ukraine’s sovereignty and territorial integrity. It defies all diplomatic efforts for a peaceful solution.”
– NATO Secretary General Anders Fogh Rasmussen on Russia’s deployment of troops and armor to eastern Ukraine

His visit to the youth camp came a day after Russian tanks and troops thundered into eastern Ukraine along the Sea of Azov, opening a new front for the embattled separatists who were on the verge of losing their last two strongholds in Donetsk and Luhansk to resurgent Ukrainian government forces.

In what sounded like a warning to the West against imposing further sanctions on Russia, Putin reminded the outside world that Russia is nuclear-armed and ready to defend itself.

“Thank God, I think no one is thinking of unleashing a large-scale conflict with Russia. I want to remind you that Russia is one of the leading nuclear powers,” he said.

Alluding to Western countries, Putin added that “Russia’s partners … should understand it’s best not to mess with us.”

He compared the Ukrainian government’s offensive to retake territory seized by pro-Russia separatists to the 2 1/2-year siege of Leningrad, where as many as a million people died, most of hunger and disease. Leningrad, now St. Petersburg, is Putin’s hometown and his older brother died during the strangling Nazi encirclement, which remains a powerful symbol of Russian defiance.

Earlier Friday, Putin appealed to the separatists in eastern Ukraine to open a “humanitarian corridor” for trapped Ukrainian fighters to evacuate — a gesture likely intended by Putin to don the mantle of peacemaker. An unknown number of Ukrainian volunteer fighters have reportedly been surrounded by separatists in the town of Ilovaisk, in the Donetsk region, for more than a week.

Alexander Zakharchenko, prime minister of the self-proclaimed Donetsk People’s Republic, said his forces would comply with Putin’s request on condition that Ukrainian troops surrender their weapons.

Protesters in Kiev have been rallying outside of the presidential offices and the Defense Ministry demanding action to rescue the surrounded fighters.