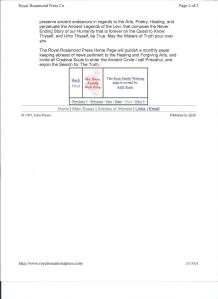 “What drew me out of the street kid life is basically being politicized,” Valkyrie, 30, said. “I started taking college courses and started to forge my way in life basically realizing that everything is political.”

There are 3,000 homeless people in Eugene. If they had homes, they would not be visible. They would be invisibile like most citizens. Politicians need to be visible. So do artists. For the sake of the homeless being even more visible, politicians and activists have become very visible. Why is so much attention being paid to 3,000 people, who may not be citizens? Do they vote? Can they run for office?

Belle Burch’s collective of like-minded people make the case the reason there is no predestrian traffic downtown is due to the lack of street artists, and homeless people being rendered less visible.

“ For many who live and work downtown, the safety zone is emblematic of the types of attitudes and policies that are contributing to an unwelcoming and hostile atmosphere. A city center where some are made to feel persecuted and unwelcome inevitably feels unwelcome to all, and is detrimental to the intended goal of stimulating commerce and community
downtown.”

Alley Valkyrie, and her boyfriend, John Monroe, also push for rendering vagrants more visible by allowing them to run the downtown art scene. Not like real artists, this collective get’s the help of attorneys and our politicians to make it all work – FOR YOU!

Eugene’s downtown is a stark contrast to other college towns across the country. Where are the shoppers, sightseers, artists, performers, musicians, sidewalk vendors and others who are the core of a vibrant city center? With all the recent investments in downtown, the one that seems most overlooked is an investment in community and public space.”

When Belle Burch approached me at the First Friday Art Walk, she did so as a political animal who was promoting the idea that activists, vagrants, and mentally ill people should be the crème de la crème of Eugene’s Culture. I don’t get to know I am attending a political event that is pushing this absurd idea. How many of the 3,000 homeless are creative in some manner?

When Belle asks me what my blog is about I said;

“I write about poets, artists, and Bohemians. I am doing the history of them them and why they should survive as people, and not be persecuted.”

“We can talk! What’s your number?” Belle asked. Why didn’t she inform me she was an activist for the homeless who surrounded us in Ken Kesey square.

Above is my letter to my childhood friend, Nancy Hamren, who is a dear friend and partner of the Kesey family. Also, we can read the source of the name Ambrose in my 110 essay that I took down lest it be infected with a virus. There is a letter to the ACLU that discusses my family connection to the Pre-Raphaelites that is now historic in regards to the play Juanita Miller put on at the Woodminster Amphitheater.

Art and Religion do go hand in hand. They jury is still out on wheter Politics and Art go together. This experiment by the “collective” is a historic one that my Newspaper for the Arts intends to follow.

I would like to request that the admins of this group remove Greg Presco from this page. It is important that this page be a safe space for activists, and this man is disturbed and potentially dangerous. If anyone needs proof or justification of this belief, have a look at his blog.

And here we go…. https://rosamondpress.wordpress.com/…/threat-from-alley…/

It’s Belle. Still wondering if you’re real. Thank you again for the bike. Let’s set up a time for me to do some modeling. Thurs and Fri are possibilities for me.

By the way, Why “John Ambrose”? Is that your middle name? Nom de plume? Highly synchronistic, as my current partner’s legal first name is Ambrose. I’m very curious about this.

Here’s the poem I said I’d send you.
Haven’t read any of your emails yet, will get to that soon.
Last night I fell
asleep in a tent on the concrete
in front of city hall
to the sounds of a quiet radio-
some show about the Bermuda Triangle.

Alley Valkyrie became fully engaged in Occupy Eugene when she saw it inspiring young homeless people.
Born and raised in northern New Jersey, a half hour from New York City, Valkyrie left home for a while as a teenager, spending time on the streets of New York. She later became a New York street artist and vendor. Now she’s a Saturday Market clothing vendor.
The Eugene camps gave homeless youth “their own community and a voice,” she said. “It gave them something to do during the day, somewhere safe to be during the night, and an amazing mixture of people to interact with on a regular basis.”
“What drew me out of the street kid life is basically being politicized,” Valkyrie, 30, said. “I started taking college courses and started to forge my way in life basically realizing that everything is political.”

John Monroe says he’s surprised by the vitriol directed against Occupy Eugene.
“I didn’t expect to find so much of it in Eugene,” he said.
Monroe, 26, graduated from the University of Montana with a philosophy degree, and moved to Eugene four years ago to live at the Dharmalaya organic farm and meditation center off River Road.

Monroe, who now lives with Valkyrie, became involved in Occupy Eugene soon after hearing about it. “A lot of people around the planet were trying to change things,” he said. “I couldn’t say no.”
“I want to get rid of these left-right debates,” Monroe said. “I want to start talking about how we can create a vibrant, sustainable community.”

The northwest is famous for political activism– WTO protests, tree-sits, Occupy… When activists get arrested, there’s a law firm in Eugene that might represent them for no little or no money. Lauren Regan’s Civil Liberties Defense Center celebrates its tenth year at the Public Interest Environmental Law Conference this weekend.

Excluding some from downtown excludes us all Guest viewpoint

By Alley Valkyrie and John Monroe

Throughout downtown Eugene, there are signs of revitalization. From the new Lane Community College campus to the Centre Court building a few blocks away, the construction is a welcome sight after years of empty pits and neglected buildings.

Eugene’s downtown is a stark contrast to other college towns across the country. Where are the shoppers, sightseers, artists, performers, musicians, sidewalk vendors and others who are the core of a vibrant city center? With all the recent investments in downtown, the one that seems most overlooked is an investment in community and public space.

Common space is essential to a vibrant town center, and downtown Eugene lacks this crucial element. In the past, Kesey Square was one such common space. Now, it sits empty and neglected. Tables and chairs were removed from the square, and anti-loitering music blares from a tinny speaker 24 hours a day.

That policy is typical of Eugene’s city planning. There is nowhere to sit throughout downtown. The benches were ripped from the sidewalks long ago and replaced with planters. Sitting on, or even leaning against, a planter in downtown Eugene can result in a maximum fine of $500.

Many downtown business interests blame the lack of pedestrian traffic in part on the homeless and transient population. There is ongoing pressure on the mayor and the Eugene Police Department to “clean up” downtown, which results in what many view as systematic harassment of the disenfranchised population.

Sitting on a planter, leaning against a building or even crossing the street at the wrong angle can result in a citation. Those cited for such offenses are almost exclusively the young, homeless and disenfranchised.

Certain offenses, such as leaning on a building, can result in exclusion from the downtown core under the Downtown Public Safety Zone ordinance, which is scheduled to sunset this April unless the City Council decides to renew it.

The safety zone was intended to keep chronic, serious offenders from the downtown core. Yet police officers recently attempted to exclude transients for minor offenses such as leaning against a building and possessing a small amount of marijuana.

The ordinance creates a second penalty: The defendant is cited for a violation and also required to appear before a judge at a different time to challenge the exclusion, even before a conviction for the actual citation is reached in court.

Exclusions often are decided against the defendant based on a single officer’s testimony. And if an exclusion is granted, excluded persons face immediate arrest if they enter the zone without permission from the court.

For many who live and work downtown, the safety zone is emblematic of the types of attitudes and policies that are contributing to an unwelcoming and hostile atmosphere. A city center where some are made to feel persecuted and unwelcome inevitably feels unwelcome to all, and is detrimental to the intended goal of stimulating commerce and community
downtown.

Earlier this month, a collective of like-minded people came together in Kesey Square on a Friday afternoon to create the downtown we wish to see — a downtown that is welcoming, inclusive, and that respects the rights of everyone to congregate in public space regardless of economic status. We brought tables and chairs, played board games and read books, handed out organic produce and created murals throughout the square with sidewalk chalk.

We created a welcoming space where everyone had somewhere to be and something to do, including some who have faced exclusion hearings as a result of the Downtown Public Safety Zone ordinance.

The mere presence of people congregating in the town square drew curiosity, attention and praise from all around, and it demonstrated why a vibrant community presence is essential to a healthy downtown.

We have gathered every Friday since, intentionally creating a space where anyone can come to read a book, play chess, eat lunch with friends, display and sell art, network with others, or rock out with a guitar.

The hope is that our example will stimulate further cultural activity, community events and pedestrian traffic throughout downtown, but neither these efforts or any attempt at downtown revitalization truly will succeed if city government and law enforcement continue to promote laws and policies that focus on exclusion, harassment and profiling.

Public safety is an obvious and legitimate concern. But it’s one that is best addressed through community involvement, responsible policing and personal accountability, not through excluding undesirables from the city center.

Unless we can create and maintain a vibrant atmosphere downtown where everyone feels welcome and everyone’s rights are respected equally, the current attempts at revitalization never will bear fruit.

(No) attempt at downtown revitalization will truly succeed if city government and law enforcement continue to promote laws and policies that focus on exclusion, harassment and profiling.