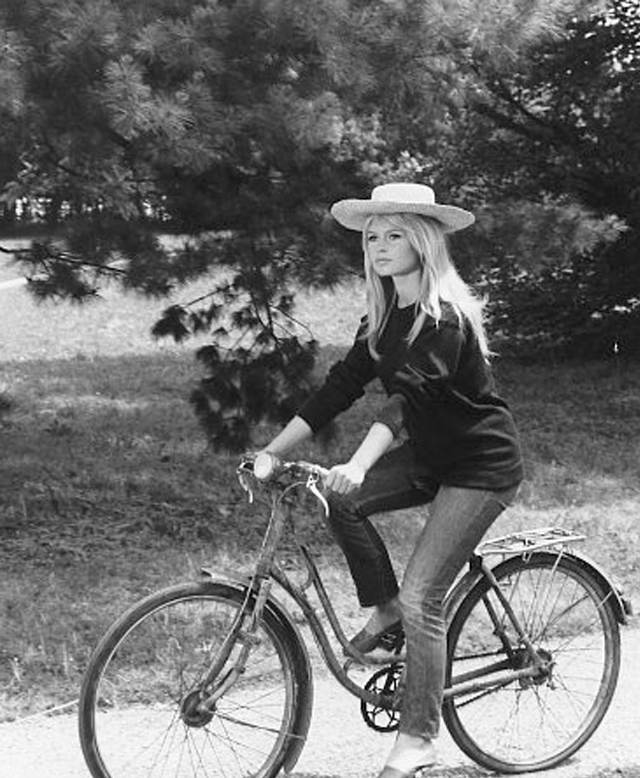 I had a conversation Belle about the idea I had for a Broadway Musical called ‘Love Dance’. I had asked Belle, was, if she would like to choreograph ‘Love Dance’ because I learned she was a dancer. I suspect Belle sees herself as a orphan because she lost her mother nine years ago. This is why she become a street urchin and ragamuffin. Bardot plays a orphan named Juliette in And God Created Woman.

“Juliette (Brigitte Bardot) is an 18-year old orphan with a high level of sexual energy. She makes no effort to restrain her natural sensuality – lying nude in her yard, habitually kicking her shoes off and walking around barefoot, and disregarding many societal restraints and the opinions of others.”

Belle is the reluctant Muse of Jon after he caught her trying to apply his life story to her young lover, an anarchist who claims he is helping the homeless, but, this couple has ambitions to take over the counter-culture of those that came before them and rule the Bohemian World.

Taking his case to the old hippies in the Whiteaker, the wise ones rule Belle must fulflll her agreement she made, and accompany Jon on a cross country train ride that will take them to New York to visit Chris and Stefan who has just moved into the old Woodstock Hotel. On the top floor, Stefan finds a ballroom that has not been used in years. Earlier, Chris had said this hotel is where the Woodstock Nation folks have come to die.

After Belle and Jon board the train, Jon give Christine a call. She informs him Stefan has put together a song and dance routine ‘Putting on the Woodstock’ that is based upon ‘Putting on the Ritz’. Stefan found tails and top hat in a closet, and looks like Fred Astaire. Stefan was a master of the Viennese Waltz, and in no time has mastered Astaire’s famous Ritz dance.

“Yeah! You aughta see him.” says Chris. “He looks real sharp. We got the tenants to dress like Richie Havens, and Hendrix. The chorus line is called the ‘I want to take your higher dancers’. They are wearing white tasselled jackets like Sly did at Woodstick. We got ten drum sets doing Santana. He went insane, Greg. He told me I inspired this show. He wanted to bring back the Filmore and my friend Bill Graham. I wish you were here. Oh, the shows starting. Oh my God!”

“The ‘take you higher dancers’. They are women in mesh and white high-heel boots. These are his women, his dames he met in the art world. Listen to this!”

Have you seen the well-to-do hippie up and down 42nd. Avenue
On that famous thoroughfare, with their noses in the air
High hats and tie-dyed collars, white spats and lots of flowers
Spending every dime, for a wonderful time
If you’re a wanna-be Bohemian
and you don’t know where to go to
Why don’t you go where Boho fashion sits,
Puttin’ on the Woodstock!

Different types who wear day-glow pants with candy stripes
And cut away coat that really rocks
Puttin’ on the Woodstock.

Dressed up like a million dollar rock star
Trying hard to look like Alice Cooper (super duper)
Come let’s mix where aged Beatniks walk with sticks
Or Chinese umbrellas in their mitts
Puttin’ on the Woodstock!

As the Train heads south to Oakland, Jon tells Belle about the blue bicycle that the love of his life bought in France where she was taken by the son of Joseph Pasternak after Marilyn’s mother forbid Jon to see M again – after he failed to convert from Roman Catholocism to Southern Baptist……after she forced Jon to go to three Billy Graham Crusades. Jeff Pasternak being a Jew, was O.K. because the family had money. Jon was a poor artist.

Jeff would later form a rock group and meet Jim Morrison whom he tried to get in his father’s movie.

Marilyn’s sister was a radical in France who co-authored ‘Fela – this Bitch of a Life’ with Carlos Moore, who would claim he was not paid when Fela became a hit on off-Broadway.

It turns out Marilyn’s blue bike once belonged to Bridget Bardot. When M brought it back to the States, it was stolen at the airport, and ended up in Boston. 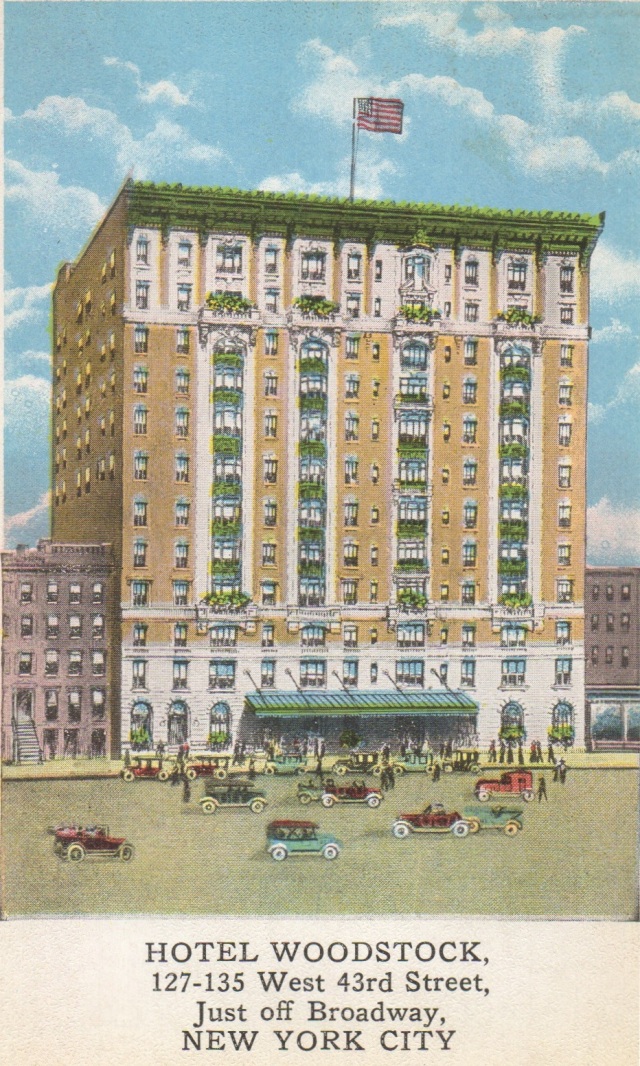 Every Sunday Christine takes the 42nd street shuttle in order to catch a train to Harlem where so she can hear her beloved Gospel Choir. Dressed like a Boston Blue Blood she ignores the sniggers and looks she get . She is wearing a cap, and has a big bow . She looks a like Little Lord Fauntleroy.

This shuttle is Christine’s hell-ride. The most unsavory, whacked out, smelly and rude folks in New York ride ‘The Dragon’ as Chris named it because it makes a hissing noise when it pulls into a station, as if the dragon is belching fire.

No one will get up and give Chris their seat.

“Well, that’s par for the course!” Chris moans. “How did I end up here? I used to be a hippie in San Francisco, with flowers in my hair. What became of my beloved Puff…..my Magic Dragon?”

Once upon a time I used to be so free
I danced in a park at the human be-in
to Ginsberg’s thumb cymbals
I even caught a psychedelic wink
from a dimpled Timothy Leary
Now I am being squeezed hard up against 400 pounds of blubber.
Hey, in this town
its hard to be any kind of lover!

Hey, Blondie, I’m on your wave-length
You can be my bosom babe
as long as you can pick up signals from outer space
And if you don’t mind French kissing a dirty old man
born of an alien race! 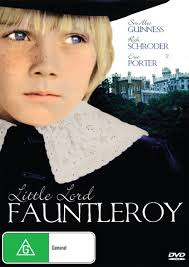 In 1966 Jeff Pasternak, songwriter, artist and son of legendary film producer Joe Pasternak, was strongly advised by his father not to get involved in Show Business. However, after meeting Elvis Presley on an MGM soundstage Jeff quickly forgot that advice. Months later, out for a good time at the London Fog on Hollywood’s Sunset Strip, Jeff and a friend found their way to a sleazy backstreet bar and Jeff’s life changed forever.

The club was almost deserted as they waited for the new band they’d come to hear. Then, around 9:00 pm Jim Morrison and The Doors strolled onto the tiny dance floor. Jeff was captivated and mesmerized. He recalls that surreal night as one of The Doors‘ very best performances. “I knew after I left the club that night that this was the style of music I wanted to write, and the singer I wanted to sound like.”

Shortly after that evening Joe Pasternak approached Jeff, asking, “What rock and roll band would you recommend for my new movie, The Sweet Ride?” Jeff immediately told him about The Doors, whom Jeff had been following to about every gig they had around L.A. By then, Jeff says, “Their music and energy had saturated every part of my being.”

In a few more weeks Jeff had convinced his friend, John Branca (to later become one of the world’s top music attorneys) to experience The Doors. Two months later, Jeff and John had their own band, The Mustard Greens. “I was on top of the world,” Jeff says, “co-writing original material with John and waiting for my dad to sign The Doors. Who could ask for anything more?” Unfortunately for both the film’s success and music history, Joe Pasternak chose to sign Moby Grape, because they wanted $5,000 less. Shortly thereafter Light My Fire soared up the charts, racking up sales and fans. That’s Show Biz

“I Don’t Wanna Be With Nobody But You”

And God Created Woman (French: Et Dieu… créa la femme) (1956) is a French drama film directed by Roger Vadim and starring Brigitte Bardot.[2] Though not her first film, it is widely recognized as the vehicle that launched Bardot into the public spotlight and immediately created her “sex kitten” persona, making her an overnight sensation.

When the film was released in the United States by distributor Kingsley-International Pictures in 1957, it pushed the boundaries of the representation of sexuality in American cinema, and most available prints of the film were heavily edited to conform with the prevailing censorial standards of 1957.[3]

An English-language remake of the film was directed by Vadim and released in 1988.

Juliette (Brigitte Bardot) is an 18-year old orphan with a high level of sexual energy. She makes no effort to restrain her natural sensuality – lying nude in her yard, habitually kicking her shoes off and walking around barefoot, and disregarding many societal restraints and the opinions of others. These factors cause a stir and attract the attentions of most of the men around her.

Her first suitor is the much older and wealthy Eric Carradine (Curd Jürgens). He wants to build a new casino in town, but his plans are blocked by a small shipyard on the stretch of land which he needs for the development; the shipyard is owned by the Tardieu family.

Antoine, the eldest Tardieu son (Christian Marquand), returns home for the weekend to discuss the situation and Juliette is waiting for him to take her away with him. His intentions are short-term, and he spurns her by leaving town without her.

Tiring of her antics, Juliette’s guardians threaten to send her back to the orphanage. To keep her in town, Carradine pleads with Antoine to marry her, which he laughs off, but his naive younger brother Michel (Jean-Louis Trintignant), secretly in love with Juliette, rises to the challenge and proposes. Despite being in love with his older brother, she accepts. When Antoine is contracted to return home for good, the trouble starts for the newlyweds. Juliette is still in love with him and they sleep together on the beach.

Juliette begins acting bizarre. She takes to her bed, claiming to have a fever. She confesses to Michel’s little brother Christian (Georges Poujouly) about her affair with Antoine on the beach. Maman (Marie Glory) hears about it, tells Michel when he comes home, and advises that he kick Juliette out in the morning. Michel goes to their room to talk with Juliette, but she has gone off to the Bar des Amis to drink and dance. Michel goes looking for her, but Antoine locks him inside, telling him that he should forget that ‘bitch whore.’ Michel tries to shoot the lock away, but it doesn’t work. He winds up having to fight his brother for the key. Juliette’s friend Lucienne (Isabelle Corey) calls Eric to tell him how bizarre Juliette is acting, and Eric comes over to collect her, but Juliette refuses to go. Eventually, Michel catches up with Juliette at the Bar, but she refuses to even talk with him and goes on dancing. Michel orders her to stop, but she pays him no heed, so he takes out his gun. Just as he’s about to shoot her, Eric steps in and takes a bullet in his hand. Antoine offers to drive Eric to a doctor, and they leave the Bar. Michel angrily slaps Juliette four times, and Juliette smiles at him. On their way to the doctor, Eric tells Antoine that he’s going to transfer him out of St Tropez. ‘That girl was made to destroy men,’ he adds. In the final scene, Michel and Juliette walk home together, hand in hand.