Joint Plan Between EU and U.S.A.

Joe Biden, on the left, and Ursula von der Leyen, on the right, at a press conference in Brussels. [Xavier Lejeune/European Commission]

Here is a old post where I try to recruit the Roozemond family into my Bond book, and a REAL MISSION to make a propaganda movie to defeat Putin. Was I seen as – INSANE? Europe has not had such an amazing Visionary on their side – in how many years?

The Dutch royal family announced Tuesday it will allow Ukrainian refugees to stay in one of its castles.

In a statement reported by The Irish Times, the royal household said 20 to 30 refugees, or about six to eight families, will be able to stay at Het Oude Loo castle, which is on the grounds of….

A spokesman for the Belgian royal family said King Philippe had been moved by his experience visiting with refugees at Heysel refugee center and decided to open his properties.

After visiting the emergency shelter on March 9, King Philippe and Queen Mathilde posted a statement in solidarity with Ukrainians and emphasized the importance of welcoming refugees.

“The war in Ukraine is a humanitarian crisis on a scale not seen in Europe since the Second World War. The anguish of the families we met today is very tangible. Their stories are heartbreaking,” the Belgian monarchs wrote. “We are deeply moved by the solidarity of our fellow citizens in welcoming refugees from Ukraine. We express out support for the Ukrainian people and hope that this war will end as soon as possible.”

Biden will land in Brussels on Wednesday night, as the Russian invasion of Ukraine approaches the one-month mark with no sign of letting up. As the war grinds on and Ukrainian leaders plead for additional assistance, divisions are emerging between allies who want to supply offensive weapons such as fighter jets and others who are wary of escalating the confrontation with Moscow.

“The war in Ukraine is a humanitarian crisis on a scale not seen in Europe since the Second World War. The anguish of the families we met today is very tangible. Their stories are heartbreaking,” the Belgian monarchs wrote. “We are deeply moved by the solidarity of our fellow citizens in welcoming refugees from Ukraine. We express out support for the Ukrainian people and hope that this war will end as soon as possible.”

The United Nations estimates that more than three million people have fled Ukraine since the Russian invasion nearly a month ago. While the majority of refugees have ended up in neighboring countries like Poland, Romania, and Moldova, thousands have reached countries in Western Europe, including Belgium.

Belgium expects around 200,000 Ukrainians will seek refuge in their country, per Politico, and Belgian’s royal family is stepping up to help. Per the Royal Trust, a charity created over a century ago to manage the royal’s family assets, three royal family properties will become available for housing for Ukrainian refugees in early April.

The locations include two properties in Wallonia and Brussels, and one in Tervuren which formerly served as a vaccination center.

“These are accommodations whose original purpose was to be made available to social agencies to accommodate people on low incomes,” Jan Smets, president of the Royal Trust, said. “That mission corresponds well to what we wish to achieve with the Royal Trust.”

“Given the refugee crisis, we will make these house [sic] available for emergency reception,” Smets added.

King Philippe and Queen Mathilde, the Belgian monarchs, have met with Ukrainian refugees in the past two weeks, visiting both a refugee registration center and an emergency shelter.

The president’s decision to visit Poland reflects that country’s position at the epicenter of an intensifying refugee crisis, as about 300,000 Ukrainian refugees have sought safety in Warsaw since the conflict began. Biden, who may visit a refugee camp while he is in Poland, is expected to promise significant U.S. help with the crisis.

Poland is the biggest — and arguably the most central — country on Europe’s eastern flank, bordering Ukraine and Belarus on one side and Germany on the other. With Washington and Warsaw recently at odds over whether to provide fighter jets to Ukraine, Biden’s visit is an opportunity to make the case that the alliance remains united despite such differences.

Despite some calls for him to do so, Biden does not plan to visit Ukraine, the White House said Monday, given the dangers of a president entering a war zone.

Although the White House has not announced that Biden will visit refugees while he is in Poland, many in Biden’s circle expect him to do so. White House press secretary Jen Psaki said Monday that Biden and the European leaders will discuss “military coordination, humanitarian and economic coordination,” while in Poland Biden will “talk about everything from refugees, refugee assistance and continued assistance we can all provide together.”

More broadly, the president’s trip is aimed at ensuring that the United States and its allies keep working together against Russian President Vladimir Putin as Russia’s assault on Ukraine continues.

“Unity has been front and center for the president in terms of what will make us successful over time — unity with our European counterparts, unity among NATO, unity among the G-7,” Psaki said. “And that doesn’t happen by accident. And so coming out of this, what the president is hoping to achieve is continued coordination and a unified response to the continued escalatory actions of President Putin.”

In one sense, the trip may prove to be more symbolic than substantive. It remains unclear what further action the United States and its allies are prepared to take to punish Russia and to bolster the defense of Ukraine. The West has already unleashed a crippling package of sanctions against Moscow and provided billions of dollars in military assistance to Kyiv.

But diplomats and analysts said Biden’s visit to the heart of Europe, at a time of war and upheaval like the current one, has its own value.

“The most fundamental deliverable is for the U.S. president to show up at the time of the greatest crisis in European security since the end of the Second World War,” said Ian Lesser, the vice president of the German Marshall Fund. “There’s an opportunity for American leadership, there’s an expectation for American leadership. That symbolism is actually highly important.”

Biden will probably be applauded in Brussels for his actions to pull together the transatlantic alliance. The visit to Warsaw could prove trickier.

Poland has taken in millions of Ukrainian refugees, and Polish officials have said they do not have the capacity to handle the influx. Warsaw’s mayor warned in an interview with The Washington Post that the city is on the brink and is struggling to provide enough housing, schooling and medical care for the refugees who continue to cross the border.

In addition, the two nations engaged recently in a public disagreement after the United States essentially declined an offer from Poland to deliver MiG-29 fighter jets to an American military base for use in Ukraine. Biden administration officials raised concerns that Poland’s offer could increase tensions with Russia, which has said that any country hosting Ukraine’s military aircraft would be considered part of the ongoing conflict.

“To my knowledge, it wasn’t pre-consulted with us that they plan to give these planes to us,” Victoria Nuland, the undersecretary of state for political affairs, told the Senate Foreign Relations Committee this month. She characterized Poland’s unusual public offer as a “surprise move by the Poles.”

But the most urgent challenge may be the displacement and flight of so many Ukrainians. Amy Gutmann, the U.S. ambassador to Germany, told reporters Monday in Berlin that the Biden administration is intent on “making sure that the U.S.’s concern and interest in helping with the refugee situation is front and center.”

Gutmann said the United States is prepared to ease the burden on Europe by taking refugees, but that many of those fleeing the fighting may wish to remain closer to Ukraine in hopes of eventually returning home.

“Most refugees want to go back, if they can, when they can,” the ambassador said. “And most don’t want to move farther from home than they have to. That said, I know there’s a willingness on the part of the U.S. to accept Ukrainian refugees if they want to come to the U.S.”

Gutmann hailed cooperation between the United States and Europe in responding to the Kremlin’s aggression, saying Americans feel a “special responsibility” to assist Ukraine even though “we’re more insulated geographically from Putin’s attack.”

Psaki reiterated Monday that Biden will not visit Ukraine, despite some calls from Ukrainian leaders for him to do so.

“Certainly any president of the United States traveling into a war zone requires not only security considerations, but also an enormous amount of resources on the ground, which is always a factor for us as we make considerations,” she said.

Order of the Netherlands Lion

Cornelis Marinus Lauwerens (Cees) Roozemond (Sint Philipsland, 23 May 1927 – Rotterdam, 18 November 2008) was a Dutch journalist, politician and director. He was, among other things, mayor of Alkmaar. Roozemond was a member of the Labor Party .

He was awarded The Order of the Netherlands that comes from the House of Orange, and William the 1st. from who William the 3rd. descends, whose image is carried in all Orange Parades! Lara Roozemond, and others who were reading this blog, were blown away! I was conducting a Psychic Search for my Rosamond kindred in Holland. The question is, did I find them? Are these Roozemonds rightful owners of this name and Rose Line? Are they Pretenders? There has to be an explanation why there was an attempt to SILENCE ME, even, disappear me!

I believe Lara Roozemond is my kindred, and THEY know it. Lara’s brothers have brown eyes. Lara bright blue eyes like my grandfather, Royal Rosamond! So, this is why she want his blog, removed! She wondered about her eyes, and how she got them.

The chance this Rosemond line, would want to own my history – is high! This is a real Ian Fleming novel. This, is the real deal! They are pouring over this blog! I own, the Last Key! The back and forth battle over these titles and Orange lands – is epic! I now suspect the Giant Roozemont Horse is linked to a human genealogy – that has alas Triumphed! I saw all this and recorded this in a psychic fashion. Go back thirty posts, and read to here!

Perhaps, instead of owning a cote of arms, they own a Royal Frisian Horse? Who knows what truths will reveal themselves – after this! I am free to write a form of Historic-Fiction that Fleming applied via coats of arms. I have found the Rose Line, for in Horse, there is a………..rose!

Victoria Bond is shocked to learn her father, she never met, is living in Holland, and has a stable of Royal Frisian Horses. 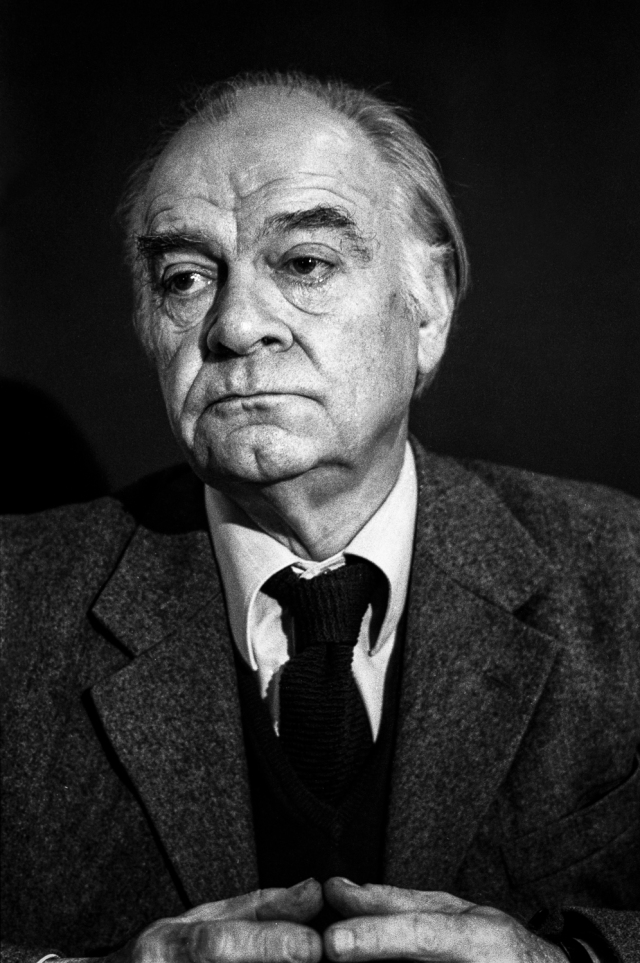 Denis de Rougemont was titled ‘The Prince of European Culture’. He was at the first Bilderberg meeting, and is considered a co-founder of the European Union. Frederich the Great granted the Rougemonts of Neufchatel a title of old nobility when he came to this area in Switzerland. Rougemont was the Director of Congress of Cultural Freedom that employed Writers and Artists against the Soviet Block.

Elizabeth Rosemond Taylor may be kin to Denis.