If I am elected, I will hire Nicholas. 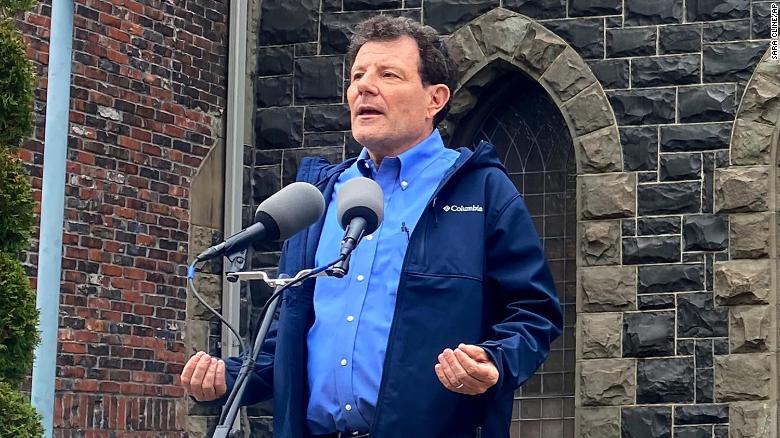 Former New York Times journalist Nicholas Kristof talks about his candidacy for governor of Oregon on Oct. 27, 2021, in Portland, Oregon. The Oregon Supreme Court on Thursday, Feb. 17, 2021, ruled that Kristof is not eligible to run for the state’s highest office because he does not meet the three-year residency requirement.

Washington, DC (CNN)The Oregon Supreme Court on Thursday said Nick Kristof cannot run for governor because he does not meet residency requirements in the state, a decision that the former New York Times journalist said he would not challenge.

The Oregon Secretary of State last month ruled that Kristof was ineligible to run for governor because he had not lived in the state for three years prior to the upcoming election, citing that Kristof had been a New York resident up until December 2020.

The Oregon Supreme Court upheld the Secretary of State’s decision with a unanimous ruling, despite Kristof’s attempt to challenge the decision.

Following the release of the decision, Kristof said in a statement he would “respect the court’s decision and will not pursue this further.”

“The Supreme Court has spoken. And while we are disappointed in the decision, we respect its ruling and thank the justices for their thoughtful consideration on this matter,” Kristof said.

In his previous petition to challenge the Secretary of State’s decision, Kristof had “argued that the secretary had construed the constitutional term ‘resident’ too narrowly and that, properly construed, it was possible for a person to be a resident in two places at the same time.”

Kristof, a Pulitzer Prize winner who grew up outside Yamhill, Oregon, announced his run for office in October after leaving the Times, where he previously worked as an opinion columnist and was among the newspaper’s most prominent journalists.

With his campaign announcement, he touted his lack of political experience and made the case for new leadership, citing “unaffordable housing, weak mental health support, inadequate education and a politics that has treated addiction not as a disease but as a crime” as issues plaguing his home state.

Kristof — who had already raised more than $2.5 million at the end of last year, according to his campaign, with a number of high-profile donors — leaves a crowded Democratic primary field to succeed Democratic Gov. Kate Brown, who is term limited.

Oregon state House Speaker Tina Kotek and state Treasurer Tobias Read are among those vying for the nomination.

“Nick Kristof has long written about pressing issues facing Oregonians and his voice will continue to be important as we tackle Oregon’s biggest issues. I look forward to working with him as a fellow Democrat,” Kotek said.

For his part, Reed said Kristof “ran a strong campaign,” and “drew attention to policies that are failing too many Oregonians,” noting that Kristof’s “passion for helping the homeless,” and “creating opportunities in rural Oregon is inspiring.”

A number of Republicans and independents — including former Oregon state Sen. Betsy Johnson, who previously served in the Oregon state legislature as a Democrat but is now campaigning as an independent — are also running. Johnson has the backing of Nike co-founder Philip Knight.

Oregon’s primary elections are on May 17.

This story has been updated with additional details.