The Olympics are coming! The Olympics are coming! I want to hold some Old Dead Head Cronie Races and Events in order to show that The Alternative Hippie Bohemian Nation are not a bunch of Bores and Blowhards Out For a Buck. Mayve the Latino Radical – and Nobel Prize Contestant – will be the MC. Remember my old idea for a Godzilla Run?

John Madden, Jim Bailey and a race through Eugene
As the football world remembers John Madden, here’s a quick look back at the greatest 60-yard dash in Oregon history

The 1950s were filled with many of the characters who make up the stories of University of Oregon history.

Nike co-founder Phil Knight ran for storied track and field coach Bill Bowerman that decade, as Len Casanova put together a football program that reached the Rose Bowl for the first time in 37 years.

It was the type of period in Eugene where someone like John Madden, the Hall of Fame football coach who died Tuesday at the age of 85, could play a small role and be mostly forgotten.

But because it was Madden, his time came with a few good stories. Like the time he raced 4-minute miler Jim Bailey at 1 a.m. through the streets of Eugene — and won.

Madden came to Eugene from Daly City, Calif., to attend Oregon and play football with his childhood friend John Robinson. Robinson would play four years at Oregon and go on to coach USC and the Los Angeles Rams in the future, while Madden was at UO just one year thanks to a knee injury that would lead to an offseason transfer.

In his later years as a coach and broadcaster, Madden looked all the part of a former offensive lineman. This a man who would later bring the Turducken to fame. But in 1955 in Eugene, Madden was just a few years removed from being a three-sport star at Jefferson High. He was 6-foot-4 with tree trunks for legs and knew how to hustle in more ways than one.

One night, that saw Madden challenge Bailey to a footrace outside the steps of Sigma Chi on 13th Street. It was well past midnight, beers had been consumed and Madden was feeling a bit cocky when talking with the UO track star, who would become the first person to break the four-minute mile on American soil a year later.

“I said I could run faster at a short distance than a world-class miler could,” Madden said in 2011’s, Madden: A Biography.

“I knew that because John was big, a lot of people didn’t think he could run fast,” Robinson added. “Well, I grew up with him, and I knew he was a lot faster than he looked, so I start yelling, ‘Hey, I bet John can beat Bailey in a race! I bet he can take him!”

Robinson took in more bets than they could cover if Madden lost, counted off 60 yards down 13th and lined up the two future athletic titans for a race in front of 200 frat boys.

And Madden reportedly smoked him.

“It was like Lee Trevino used to say,” Madden said, “Pressure is trying to win a big bet when you’re flat broke.” 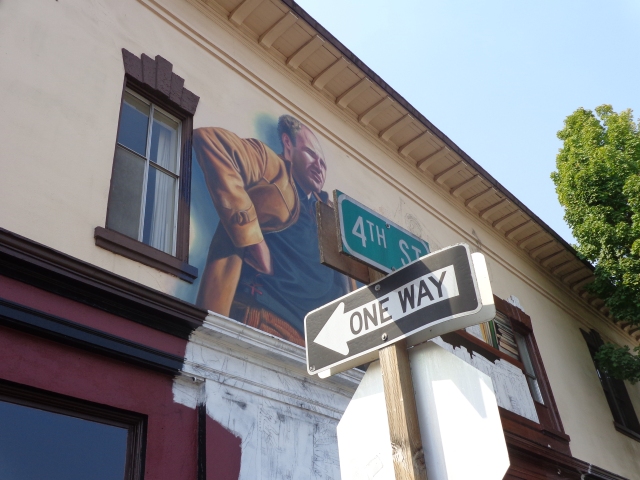 He was a larger-than-life personality,” said John Averill, a family friend of Ken Kesey.

The Tracktown U.S.A. folks are wondering why the Olympic Trials will not be held in Eugene, again! The answer is obvious………There is no, there – there! What went wrong?

There were three locations in the race. Some wise-ass suggested they look at our Facebook, and, a month of newscasts. What they discovered, was, Eugene is not a cosmopolitan city, and, has been at the mercy of one or two shit-disturbers – like this guy! 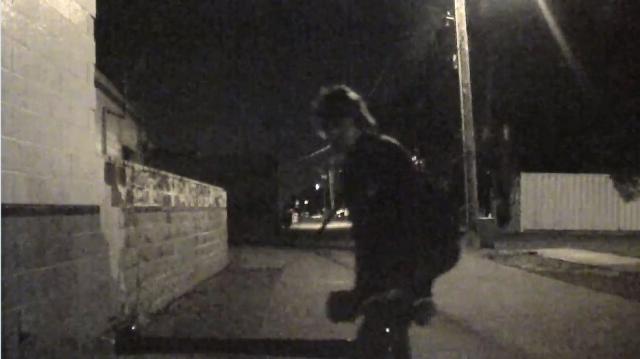 If we were honest citizens we would name Kesey Square ‘Anarchy Park’. There would be a life-size statue of a dude in black, with hood on, and carrying a rock. When you approach him, a censor would trigger jets of steam that startle the visitor from…