For years I have been reading The Tiny Opinions of Christian-Women-Lunatics sprinkled all over social media. They HATE secular government, and have declared it – THE ENEMY OF JESUS! They claim Jesus founded our Democracy. If true, why didn’t our Founding Fathers GIVE WOMEN the right to vote when they authored the Constitution?

No American Voter ever cast a vote for Steve Bannon, but millions of Christian Republican Women see Steve Bannon as a spokesperson for Jesus – and King Trump! These Women Freaks For King Jesus play with Voo-doo Dolls around the clock assigning demons to Democrats. I’m going to hang Demon Bannon around their neck – TILL KINGDOM COME! Steven means “crowned”. He will be the crucifix around the necks of the Insane Republican Women who refuse to abide by the results of a Fair Election! That any Christian woman would vote for Trump, after seeing the Pussy-Grabber tape – is evidence of their mental illness!

American women won the right to vote in 1920 with the ratification of the 19th Amendment to the Constitution. Women were winning the right to vote in Canada at roughly the same time. For many suffragists, their Christian faith had led to participation in missions and reform movements such as prohibition and the abolition of slavery—and from there to seeking their right to vote. Their victory completed decades of activism, but suffrage also was just the beginning of an ongoing revolution for freedom and equality for women.

This ongoing revolution included the church. Should women have the right to vote in their churches? The suffrage question for the church was a consequence not only of political change, but of the Protestant Reformation of the 1500s and evangelical revivals in the 1700s and 1800s.

A majority in the Christian Reformed Church opposed women’s suffrage. In 1912 and 1913 in The Banner, for example, Jacob Vanden Bosch maintained that women’s suffrage would upend traditions in society, politics, and the church. The Bible taught that society consisted of families, not individuals. Votes by men represented not just the men themselves (as individuals), but also the women and children in their families.

Some Christian Reformed leaders promoted women’s suffrage, however. Rev. Johannes Groen, for example, argued that the “subordinate position of women” was not rooted in “creation” but was “a result of sin” and the “curse” on “mankind.” Men and women had different roles, he allowed, but women had a right “to assist in regulating” the things that affected their sphere. Without the vote they were reduced to “playthings.”

Groen’s was a minority view in the CRC in the 1910s. Some of his critics claimed that the matter was “confessional.” If so, then supporters of suffrage were transgressing Reformed teaching. They might be sanctioned, lose their ordination, and even be excluded from the church.

In 1916, the CRC synod decided that “women’s voting right is a purely political matter” and did not belong “on the terrain of the church.” CRC folk could actively support or oppose women’s suffrage.

In The Banner in August 1920, Reverend E.J. Tanis commented on the 19th Amendment. He expected CRC women to use their new rights. Nothing in Scripture clearly condemned “woman suffrage,” he observed. And it was “the consistent, natural, and logical development of the American system of suffrage,” in which “the individual citizen, and not the family,” was “the unit in the state.”

Suffrage in the Church

CRC magazines occasionally discussed the impact of women’s suffrage in the decades that followed. Women had avidly taken to voting and some had held public office, The Federation Messenger noted in 1930. Their presence had not purified American politics, however, as some suffrage advocates had hoped. Women too were sinners, after all, like men.

In September 1950 in The Banner, Henry Schultze connected women’s suffrage to social changes: women seeking roles beyond homemaking; married couples “needing” both spouses to work to pay for nice suburban homes; divorce becoming more common; and wives claiming authority equal to their husbands. Historians describe these trends—women seeking the same freedoms as men—as the “democratization” of the family. The price was too high, Schultze feared. Reformed Christians should continue “to fight the gods of selfishness and materialism.”

The ideals and habits associated with suffrage also began to reshape churches. Did men in church life represent their wives and children? Or should women and men represent themselves and have equal suffrage in the church? Articles in The Banner and other Christian Reformed magazines discussed these questions regularly beginning in the 1930s.

In 1934, for example, Henry J. Kuiper answered a question about widows being allowed to vote at congregational meetings. Voting was not mere consultation with consistories governing. It was part of church governance. Inviting women to vote would amount to “an announcement of their right to hold office as well as the men,” Kuiper argued, and contrary to Scripture.

The question did not go away, however. Women asked for the right to vote in some congregations. Some congregations supported it; others, concerned about uniformity in the church, wanted Synod to decide. Still others opposed it.

The CRC was not alone in addressing these issues. They were common among churches in North America and in Western Europe. The CRC continued to look to the Netherlands and to the Reformed Ecumenical Synod to assess trends and for biblical insights.

A synodical study in the early 1950s concluded that “it would be unwise” to “make a pronouncement” on the question as there was not “sufficient clarity” among the churches. It also noted that the RES supported women voting at congregational meetings. Women shared with men the “office of believer.” Their voting was “fitting and proper.” Local customs should be considered. Articles in The Banner and other CRC magazines commented on the issue regularly in the 1950s.

In 1955, Synod again appointed a committee to study women voting in congregational meetings. In 1957, aware that there was no consensus in the CRC, it approved a local option. Women “may participate” with the same rules that governed the participation of men, it decided. However, “the question as to whether or when” women would be “invited” to partake was left “to the judgement of each consistory.”

Requests by women to partake more fully in the life of the church along with support from classes and congregations lay behind Synod’s decision. Biblical declarations of equality of women and men as believers before God made it difficult for synod to come to simply deny women’s suffrage. Texts that seemingly forbade authority by women over men and ordained different roles for them in church and society weighed heavily too. Already in the 1950s, however, the question was whether limitations on women’s roles were social prejudices or God-ordained. The decision in 1957 was equivocal, but it marked a sea change.

George Stob, for example, had been wary of women’s suffrage in the church in 1952. But in 1957, he argued that the church should not “keep Christian women from the councils of the church” or “circumscribe their activities.” It should instead “use their talents and abilities to fullest advantage.” The New Testament, he said, called the church to sweep away forms of backwardness and make room for women in the “household” of the church.

With the new movie about the British suffrage movement, Suffragette, scheduled to be released this week, recollections of protest and debate concerning a woman’s right to vote in the U.S. are inevitable.

As the 19th century ended and the 20th began, the American wave of women pushing for access to the ballot box gathered momentum. But it wasn’t until the 19th Amendment to the Constitution was ratified in 1920 that voting rights were guaranteed for all women.

Who were these women who actively spoke out against a woman’s right to vote?

The female leaders of the U.S. anti-suffrage campaign “were generally women of wealth, privilege, social status and even political power,” NPR learns from Corrine McConnaughy, who teaches political science at George Washington University and is author of the 2013 The Woman Suffrage Movement in America: A Reassessment. “In short, they were women who were doing, comparatively, quite well under the existing system, with incentives to hang onto a system that privileged them.”Article continues after sponsor message

Anti-suffrage leaders in the North, she says, “were generally urban, often the daughters and-or wives of well-to-do men of business, banking or politics. They were also quite likely to be involved in philanthropic or ‘reform’ work that hewed to traditional gender norms.”

Southern anti-suffrage leaders, she says, “were generally planter class, and so their resistance was also tied more explicitly to worries about disruption of the racial order.”

Anti-suffragists everywhere were concerned with societal disruptions. “What women anti-suffragists produced to appeal to ‘ordinary’ women more broadly,” McConnaughy adds, “was a logic of suffrage as a threat to femininity … to the protection of the value of domestic life — most notably to the vocation of motherhood, and to a loss of the privileges of womanhood.”

To attempt to understand the type of person who rallied against her own­­ rights, it might be beneficial to remember some of the opponents — and revisit their reasoning. 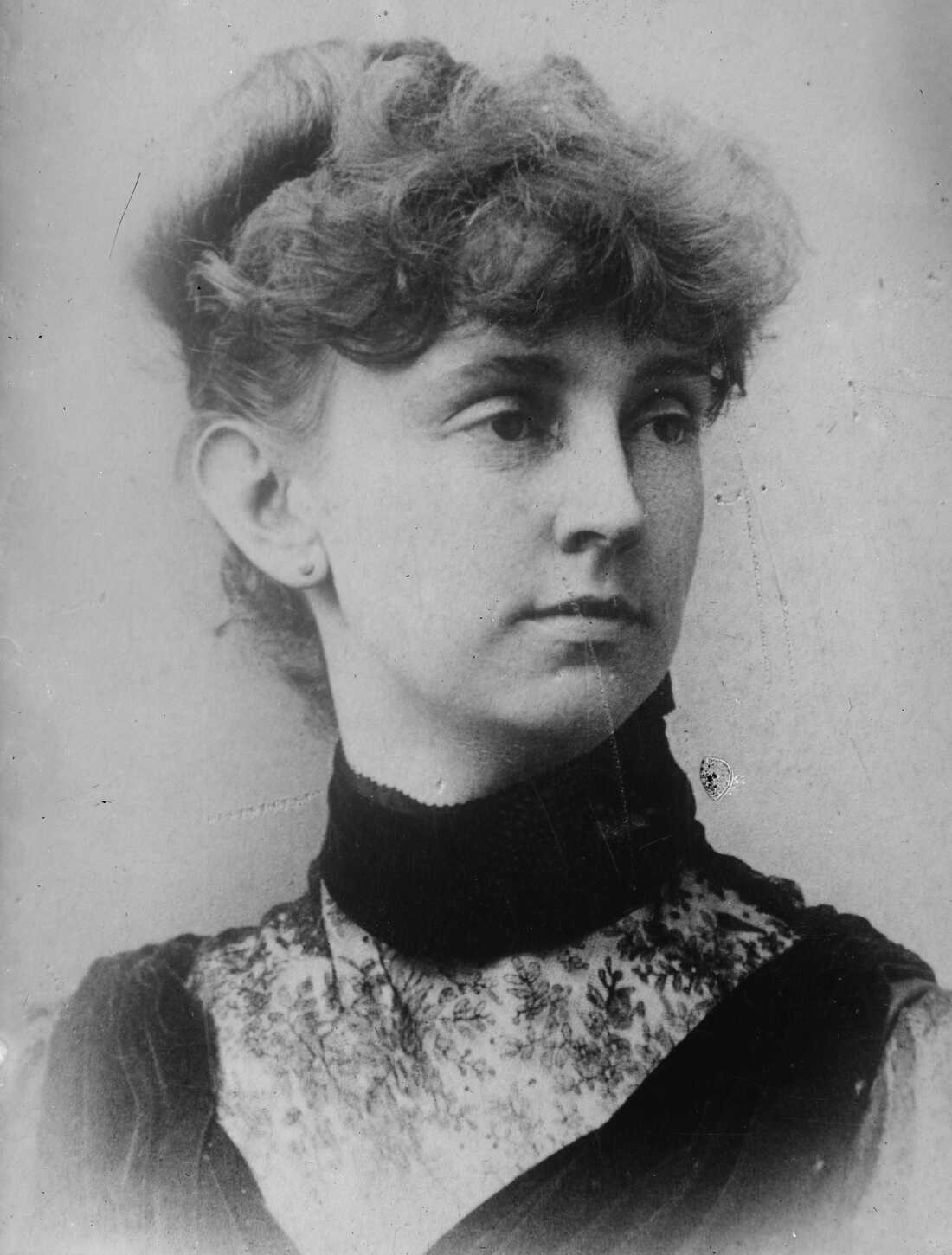 Women in the upper echelons of society “saw ‘status’ as a result of their particular gender experience,” McConnaughy says. “They were particularly capable of reform work or philanthropy exactly because of their upper-class version of womanhood. And they had an interest in continuing their gendered influence.”

Author Kate Douglas Wiggin, for example, founded the Free Kindergarten system in California and was the first vice president of the Kindergarten Association in New York, according to the Louisville, Ky., Courier-Journal on March 2, 1913.

Also featured in the story about high-profile anti-suffragists who were involved in civic and charity work were Josephine Jewell Dodge; Annie Nathan Meyer, one of the founders of Barnard College; Anna C. Maxwell, superintendent of the Presbyterian Hospital Training School for Nurses; and Eleanor G. Hewitt, who was active at Cooper Union, which offered free education classes.

Women “should serve the state in every way possible without jeopardizing the home by entrance into active politics,” Dodge told the Courier-Journal.

The opportunity for all American women to participate in “active politics” did come, a few years later. “We know further,” Corrine McConnaughy adds, “that the right to vote did not quickly translate into actual voting on the part of many women. A gender gap in voting — with women much less likely to vote than men — endured for decades after women’s enfranchisement.”