Evangelical Leaders Are To Blame?

Nine days ago if I were to write on this blog…….

“Evangelical leaders are behind the plot overthrow our Government!”

…..my enemies would shriek and threaten me some more. They would indentify me as the leader of the QBelle plot. More fake proof that I am a sex fiend and predator would be served up. The Castration Squad of the Right and the Left would be launched at me in order to render me impotent – and put my balls on a lance! I am the New Crucifix!

The FBI said yesterday that we are “going to be shocked” as further details of what happened on Capitol Hill are released. I don’t know about you, but while I’m not surprised, I’m already shocked. How much worse is there to come in the way of revelations about what actually happened? 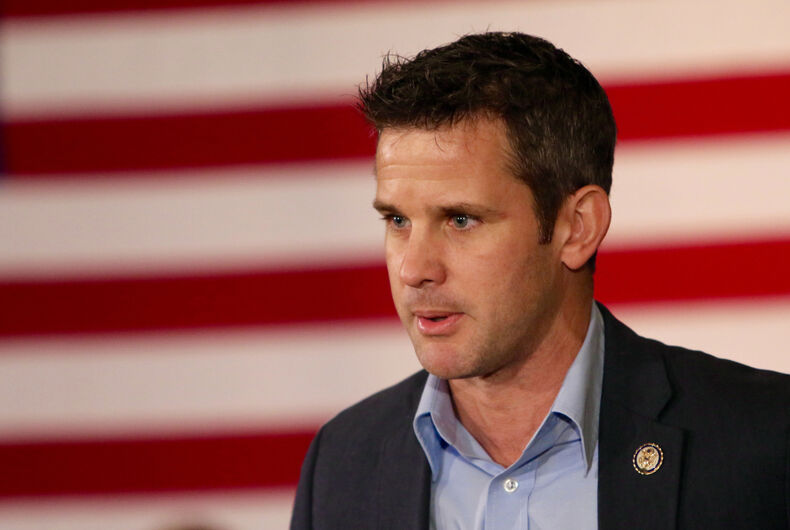 Rep. Adam Kinzinger (R-IL) has been one of President Donald Trump’s most outspoken critics from inside the GOP and he has consistently pushed back against the president’s unfounded claims of voter fraud. Kinzinger was the only Republican to vote in favor of calling on Vice President Mike Pence to invoke the 25th Amendment to remove Trump and one of ten to vote in favor of impeachment.

Now the member of Congress is calling on evangelical Christian leaders to account for their role in stirring Trump’s insurrection. And he’s naming names.

“I believe there’s a huge burden now on pastors and clergy who openly spread the conspiracies of a stolen election, like @robertjeffress @BeholdIsrael @Franklin_Graham among many others, to admit their mistakes and lead their flocks out of darkness to truth,” Kinzinger tweeted, referencing South Baptist Pastor Robert Jeffress, founder of Behold Israel Amir Tsarfati and evangelical leader Franklin Graham.

All three have been staunch Trump supporters. Both Graham and Jeffress are vociferously anti-LGBTQ and regularly blame the queer community for all of life’s ills.

While Jeffress has prostrated himself before Trump throughout the administration, he did not promote the president’s conspiracy theory that he actually won the election – and he quickly shot back to demand an apology.

“Adam, you need to get your facts straight,” Jeffress tweeted in response. “I’ve never once claimed the election was ‘stolen.’ If anyone needs to ‘admit their mistake,’ it’s YOU. Will be awaiting your apology.”

“You know sir?” Kinzinger responded, “You are absolutely correct. You did act honorably, and while my point remains about the Church and the need for pastors to lead, you did not press those stolen election conspiracies. I am sorry for including you in that.”

He deleted the original tweet, but followed up with another.

“I believe there is a huge burden now on Christian leaders, especially those who entertained the conspiracies, to lead the flock back to truth,” he sent.

As recently as last month, Graham was still claiming it was only a “potential” that Biden had won and that the election “isn’t finalized yet.” It had been.

The more that we learn about the coup, the worse it looks. It wasn’t a riot, some kind of spontaneous, random eruption of discontent. It wasn’t even a riot incited by the President. It seems now to have been something much darker, deeper, and sinister. A true attempt at a hard coup, which was well funded, organized, and planned, by a neo authoritarian fascist movement, stretching from shock troops to insiders in government. It’s the stuff of conspiracy theories come to life. There appears to be have been a wide-ranging conspiracy, involving insiders at the highest levels, which was well-funded, organized, and planned, with many moving parts, a sophisticated one with several levels of leadership, down to the pot-bellied morons who sacked the Capitol, who were only the most visible part of all this — a conspiracy whose goal was to violently overthrow the government, and plunge the nation into chaos, in order to try and let Trump seize power, in one last ditch paroxysm and attempt at outright sedition.

Now, I know that might sound a bit much. I’m far from one to believe in conspiracy theories, and I’d bet you are too. But I have to admit thatthe evidence emerging in this case seems to point squarely and disturbingly in that direction. And all that’s just as, by the way, I predicted. I said that if Trump’s soft coup attempts — judicial and legislative — failed, then a hard one, one reliant on violence, would take place. This is because authoritarians double down, instead of giving up.

Let me try and piece together what we do know so far — and I’m surely going to miss some things, so feel free to chime in in the comments, because this isn’t me telling you things, this is just me attempting to summarise things in a way and place we can all share them.

Let’s begin with the behaviour of the Trumpists who stormed the Capitol. One of the truly shocking details is that they shot up the Capitol. And then they smeared feces on the walls of the Capitol, while urinating on its floors. Who does that?

That isn’t the behaviour of rioters. It isn’t even the behaviour of looters. Except maybe in maximum security prisons. It is the behaviour of people who have feel they have been licensed to do a) real violence b) serious harm and c) malice, who intend to cause real and serious and lasting damage, psychologically and symbolically and physically.

America’s very, very lucky that members of Congress weren’t massacred. Yes, really. The fascists were shooting up the Capitol. It’s a serious mistake to think that they would have somehow magically stopped at shooting people.