How Was OCCUPY T.V. Funded?

A woman reporter was attacked by a mob of attention seeking protesters. A masked mob attacked a woman reporter in Eugene who I communicated with. I have proof Kim Hafner either read my sister’s biography, or, gave it to someone else to read. My theory is that once she got her hands on it, she sped read it then got on the phone to share its contents with family, friends, and nieghbors. She did this to be The Center of Attention and Information Central. Here was Haffner’s chance to be in the limelight and own her fifteen minutes of fame. I told her not to share it with anyone – until we went over this book together. I told her there is mention of sexual abuse of children. I suspect she went looking for the nasty stuff and a reason to claim she had a right to liberated my family biography. I suspect Belle Burch shared my blog with Alley Valkyrie before she contacted me to set up an appointment. Alley and OCCUPY had tried to take over Kesey Square a year before I met Belle in Kesey Square with members of Whoville that just got evicted from their camp. They wanted to stay in the news because they got donations after being on T.V. There was a anonymous donor wanting to give a homeless group $400,000 dollars. 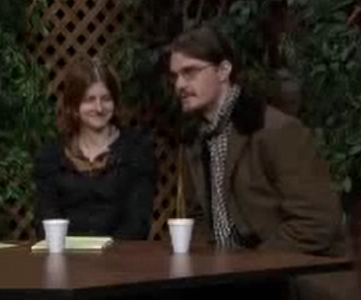 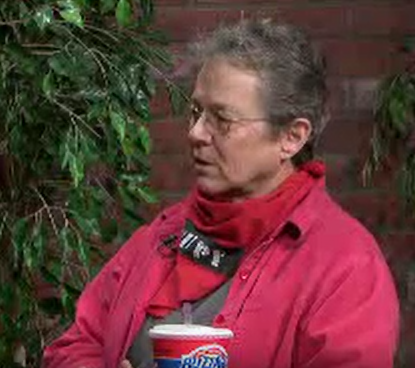 After a fight and death at the OCCUPY camp, the elected People of Eugene shut it down. I found a T.V. show where Alley Valkyrie and her lover, John Monroe, go after a Councilman for not approving of fire barrels at the camp for warmth. View full size
The Associated Press
Members of the Occupy Eugene movement carry their belongs out of the Washington Jefferson Park last week after the city closed the area.

. Poling was one of three council members who consistently voted against allowing the Occupy protesters to camp in…