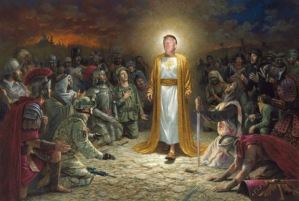 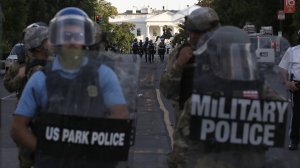 I saw this coming. So did Herbert Armstrong whose church I took over.

U.S. allies in Europe expressed dismay over President Trump’s plan to slash the number of American troops in Germany by more than a quarter, saying it undermined NATO and boosted adversaries such as Russia.

Mr. Trump’s order, reported by The Wall Street Journal on Friday, surprised allies, who hadn’t been officially informed, according to European diplomats. The proposed cut to 25,000 from 34,500 would reverse recent increases in U.S. troops in Europe designed to deter Russia, which invaded Ukraine in 2014 and has bolstered armed forces on its western flank.

German Foreign Minister Heiko Maas said Germany would take note of the decision, if confirmed. “We value the cooperation with U.S. armed forces, which has grow over decades,” he told the Bild am Sonntag newspaper. “They are in the interests of both our countries.”

Asked about German relations with the U.S., he replied: “It’s complicated.”

“The plans show once again that the Trump administration neglects an elementary leadership task: the involvement of allies in decision-making processes,” said Johann Wadephul, deputy leader of Ms. Merkel’s ruling conservative bloc in Parliament. “All benefit from the cohesion of the alliance, only Russia and China from discord.”

Mr. Trump has frequently hectored allies over weak military spending and other issues such as Iran, and questioned the value of the North Atlantic Treaty Organization. Allies have complained about not being consulted on major decisions, most recently last month when the Trump administration announced it was withdrawing from the Open Skies Treaty, an accord designed to reduce the risk of war between Russia and the West. Mr. Trump has criticized Germany, Europe’s largest economy, in particular over its failure to reach the alliance’s spending target of 2% of gross domestic product.

NATO and its members have sought to placate Mr. Trump by pledging to meet that target in the future and offering larger contributions to the alliance’s budget, which covers bills such as the cost of utilities at its headquarters in Brussels.

The alliance held a leaders’ meeting last year, hailed as a success by diplomats largely because Mr. Trump didn’t launch fresh broadsides against allies and even defended the alliance against criticism from French President Emmanuel Macron.

Speaking the day before the London meeting, Mr. Stoltenberg touted the recent increase in U.S. troops in Europe as evidence of U.S. commitment.

Mr. Trump’s decision to cut numbers shows “complete disconnection between the NATO trend, where allies are pushed to a robust posture against Russia, and the reality of U.S. priorities,” said one senior European diplomat at NATO.

The planned cut to U.S. forces in Europe is a boon for the Kremlin, which has long sought to drive a wedge between the Western allies and reduce U.S. influence in Europe.

While Russia has largely given up the idea of improving ties with the U.S., it has looked to various countries where it can gain toeholds in the West not only to boost its own influence but reduce that of the Americans, analysts said.

“The only direction Russia can move in boosting relations with the West is toward Europe,” said Andrey Kortunov, the director of the Russian International Affairs Council, a Moscow-based think tank with ties to the Russian Foreign Ministry.

With Russia and the EU on opposite sides of issues such as Ukraine and Syria, Moscow has limited room for improving diplomatic ties in Europe. Instead, it has succeeded in pushing through economic projects on the continent, such as the Nord Stream 2 project that could double Russia’s supply of natural gas to Germany. The Trump administration’s attempts to stop the project have created a bone of contention between Berlin and Washington.

Alexei Leonkov, a Moscow-based military expert, said tensions between the U.S. and Germany over the withdrawal of troops and other factors could help give Moscow further leverage in seeing the project through.

“Germany’s economic growth has been held back by the U.S.’s need to sanction Russia for everything and anything. Maybe we can see a change here,” he said.

However, Victor Olevich, an expert on U.S.-Russian relations at the Moscow-based Center for Actual Politics, said Russia had to be measured in its expectations. A hacking scandal that exposed Russia’s alleged attempts to gain access to Ms. Merkel’s emails have hit relations hard. Furthermore, the U.S. is planning to increase further its forces in Poland, which it has steadily built up in recent years.

“The potential move of U.S. forces eastward, from Germany to Poland, is bound to increase pressure on Russia’s western borders and elicit visible countermeasures from Moscow,” said Mr. Olevich.