Bail Out Of Downtown – NOW! 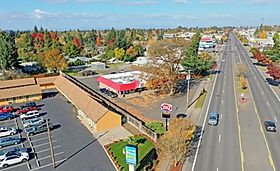 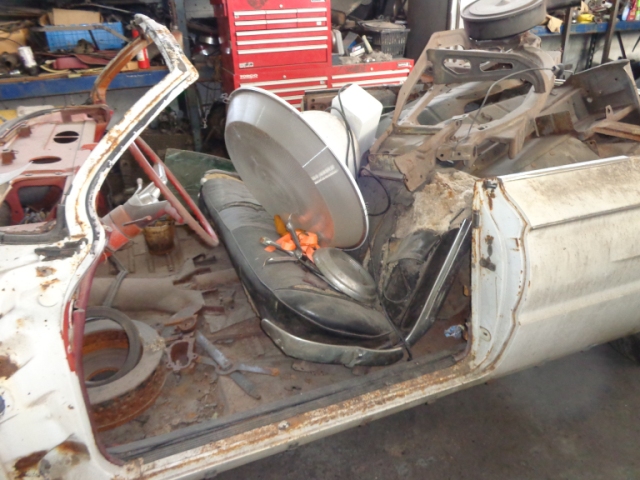 I am convinced the homeless folks in Downtown Eugene – are there to stay! Let them have it…..Mr. and Ms. Bohemian Innovator, and make Highway 99 the New Bohemian Hot Spot, not just of Lane County – but the world!

Above is the chain shop David Lynch mentioned. Below that, is Baluchi’s car from Animal. Put that car in front of the saw shop – and you got a Tourist Destination par excel ante’! People will fly in from all over the world to see the hit attraction of Oregon’s Cannery Row! We can have a Bohemian Bus Shuttle from the airport, and some Bum Buses coming from downtown. Here is the preserving of Americana – The Edge of Town On The Old Highway! Lynch also mentioned the DQ.

I want the City to buy The Value Inn Motel. I want the City of Eugene to hire writers to help me turn much of my newspaper, Royal Rosamond Press, into………’The Bohemian Tour And Last Chance Freak Show!’ I would like to found the Lynch Art School, with David’s blessing.

It’s all good! Just let it be! I just realized my Mobile Conversation Pits jive with the Animal House floats. We can hold a Artist’s Death Float Parade Contest. Traffic can be diverted. Build it, and the Tourists will come! Lynch can be the Grand Parade Marshall.

I presented the Harry Lane Peace Center before the Springfield City Council – with name change! 99 can become Harry Lane.

Here’s our theme song…..’Get Me On Highway Ninety-Nine’

Lane County is considering a potential site on Highway 99 for a public homeless shelter in Eugene. It would be the first one in the city.

The county is looking at 1.5 acres of land and two existing buildings on Highway 99 , north of Roosevelt for a permanent homeless shelter. Right now, there’s a camp for homeless people, Camp 99, on the property.
Credit Tiffany Eckert

The site is now home to a camp for homeless people—Camp 99. Devon Ashbridge with Lane County says the permanent shelter would be low-barrier, so that people who are using drugs or alcohol would still be allowed to stay there. She says the shelter is in addition to a permanent housing project that’s also in the works. “The need for a public shelter and some additional resources for emergency strategies is really huge in our community.” Ashbridge says,  “So, it’s exciting that we’re working with a number of different partners to try to address different stages of homelessness. From emergency, to preventative, to ongoing permanent housing.”Ashbridge says Lane County has been working with the City of Eugene on the public shelter proposal. A joint meeting will be held January 22nd to discuss the final report on the project.

1 Response to Bail Out Of Downtown – NOW!